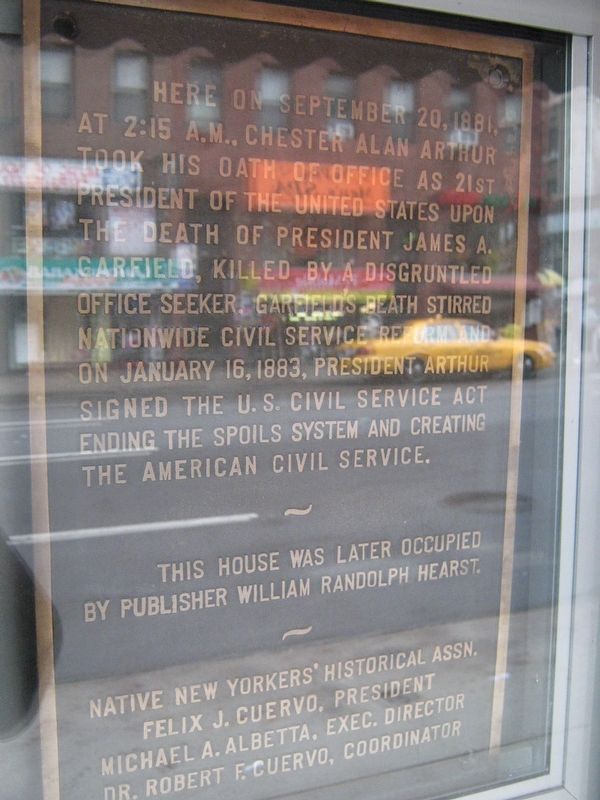 Here on September 20, 1881, at 2:15 A.M., Chester Alan Arthur took his oath of office as 21st president of the United States upon the death of president James A. Garfield, killed by a disgruntled office seeker. Garfield's death stirred nationwide civil service reform and on January 16, 1883, president Arthur signed the U.S. Civil Service Act ending the spoils system and creating the American Civil Service.

This house was later occupied by publisher William Randolph Hearst.

Other nearby markers. At least 8 other markers are within walking distance of this marker. Right Reverend Monsignor William A. Courtney, P.R. 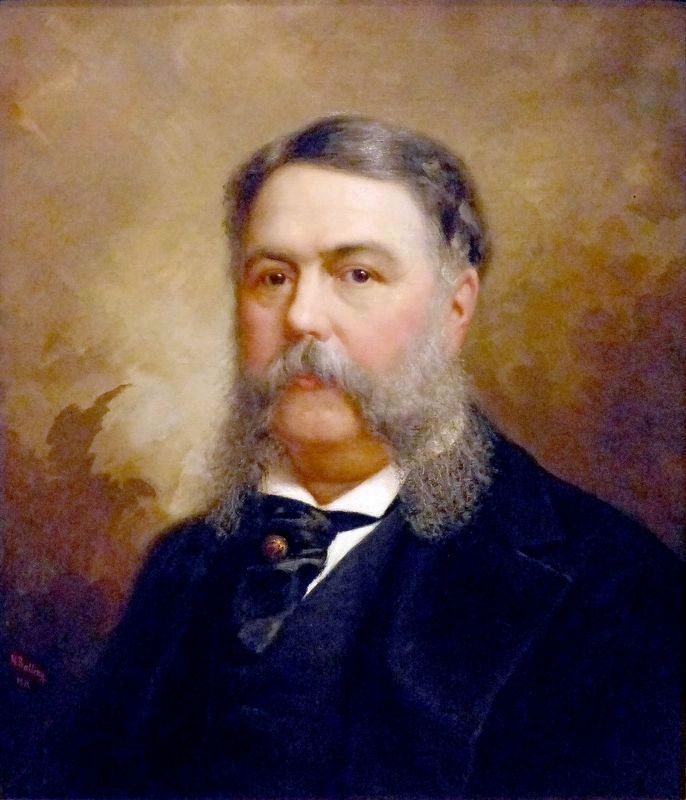 "This head-and-shoulders portrait can only hint at the fashionable figure that Arthur cut. With his muttonchop whiskers ‘trimmed to the perfection point’ and his suits made of only the finest fabrics, he invariably looked like the very epitome of the well-bred Victorian gentleman.”
— National Portrait Gallery

More about this marker. Bronze plaque is mounted within a glass case at street level, next to residential entrance. Kalustyan's Indian grocery occupies 1st floor of building.

According to the National Portrait Gallery, “When Vice President Chester Arthur succeeded to the presidency on the death of James Garfield, a newspaper noted that he was ‘not a man who would have entered anybody's mind’ as a worthy candidate for the office. Indeed, as a major player in a spoils system that reduced the civil service to a vehicle for rewarding party faithful, he struck many as an emblem of all that was wrong in American politics.

As president, however, Arthur rose above his past to promote 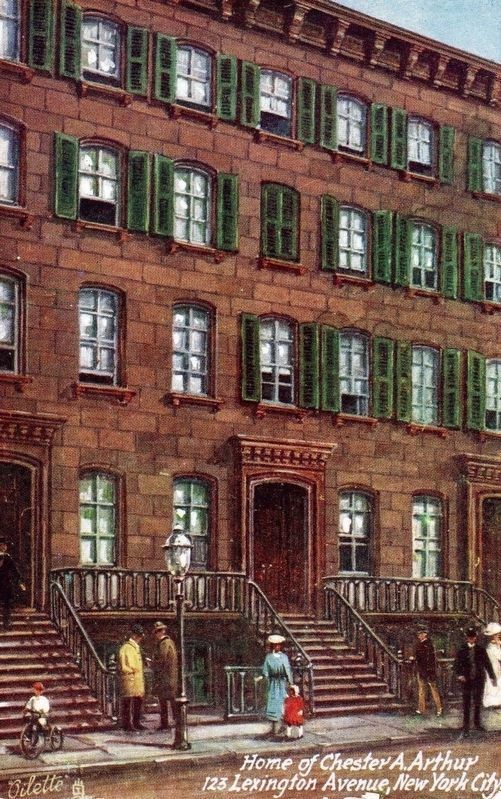 Postcard by Raphael Tuck and Sons, circa 1907
3. Home of Chester A. Arthur, 123 Lexington Avenue, New York City
landmark legislation designed to curb the spoils system. He also proved to be a foe of other forms of corruption. When, for example, a ‘pork barrel’ bill for public improvements reached his desk, he vetoed it."

Also see . . .
1. Chester A. Arthur House (National Park Service). ... Subsequent owners made many changes to the Lexington Avenue house after Arthur’s death. They moved the original main entrance on the first floor down to what had been the basement level, converted the first two floors into commercial space, and divided the upper floors into apartments. The front elevation has been stripped down to bare brick. On January 16, 1964, the 81st anniversary of the signing of the U.S. Civil Service Act by President Arthur, the Native New Yorkers Historical Association and the New York Life Insurance Company recognized the historic significance of the house by placing a bronze plaque on the building. (Submitted on November 3, 2016.) 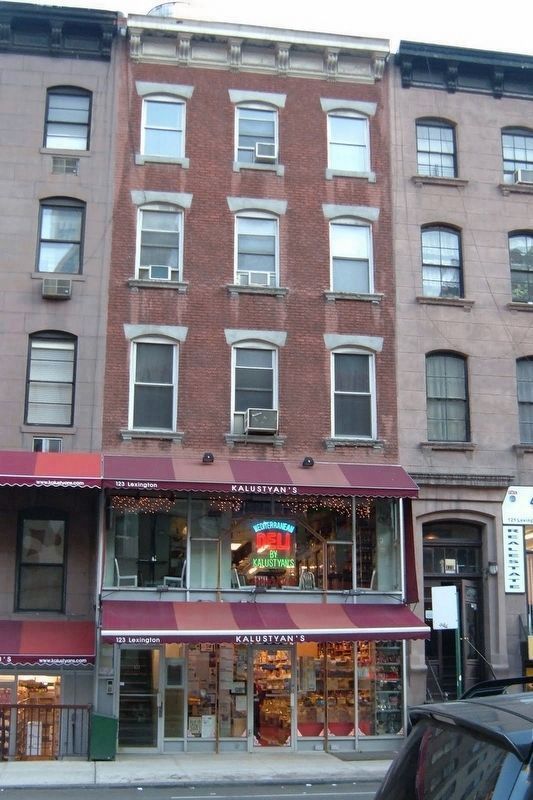