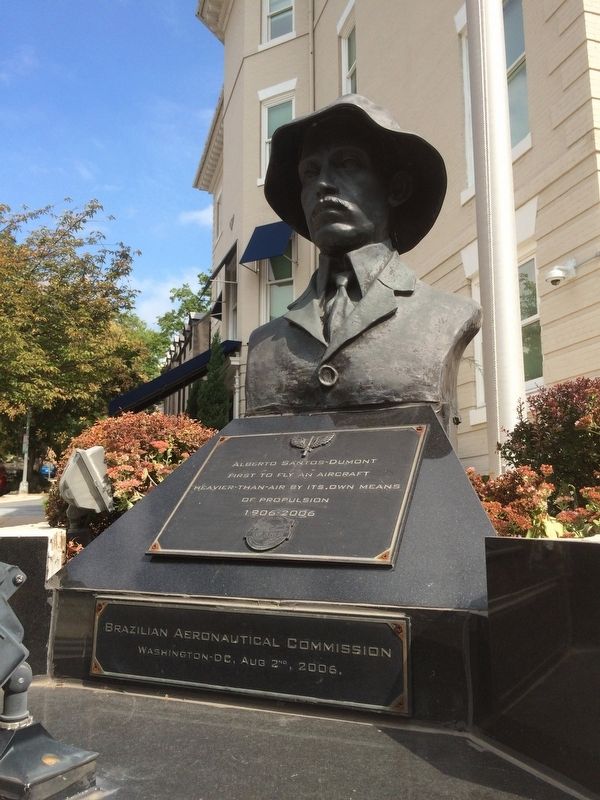 Photographed By J. Makali Bruton, September 17, 2016
1. Alberto Santos-Dumont Marker and bust
Inscription.
Alberto Santos-Dumont. .
Alberto Santos-Dumont First to fly an aircraft heavier-than-air by its own means of propulsion 1906-2006, Small seal with an image of Dumont's plane 1906·2006 · 100 Anos · 14 bis · Santos Dumont · Brasil. . This historical marker was erected in 2006 by Brazilian Aeronautical Commission. It is in Sheridan-Kalorama in Washington District of Columbia 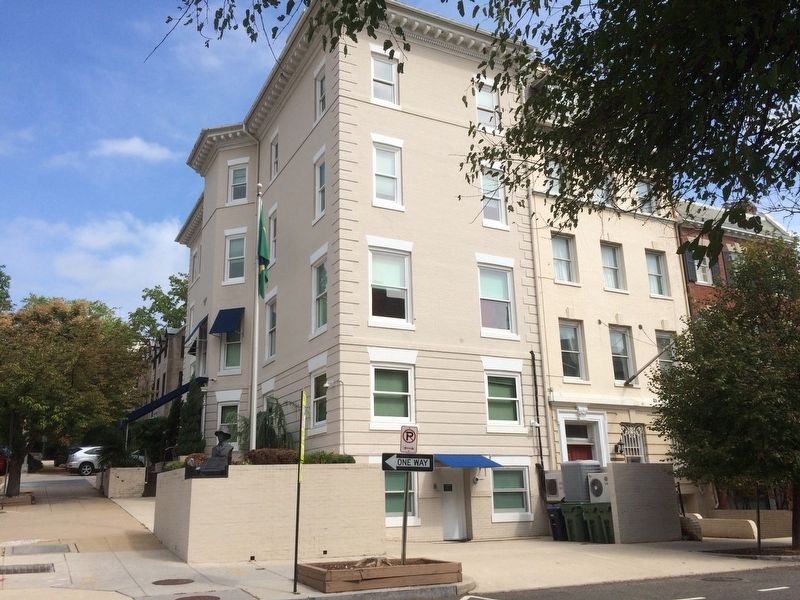 Photographed By J. Makali Bruton, September 17, 2016
2. Alberto Santos-Dumont Marker
The Brazilian Embassy can be seen in the background.

Also see . . .
1. Alberto Santos-Dumont. Alberto Santos-Dumont (20 July 1873 – 23 July 1932) was a Brazilian aviation pioneer. The heir of a wealthy family of coffee producers, Santos-Dumont dedicated himself to aeronautical study and experimentation in Paris, France, where he spent most of his adult life. Santos-Dumont designed, built, and flew hot air balloons and early dirigibles, his rising fame in this field culminating in his winning of the Deutsch de la Meurthe prize on 19 October 1901 on a flight that rounded the Eiffel Tower. Following his pioneering work in airships, he constructed a heavier-than-air aircraft, the 14-bis. On 23 October 1906 he flew this to make the first powered heavier-than-air flight in Europe to be certified by the Aéro Club de France and the Fédération Aéronautique Internationale (FAI). In his homeland, Brazil, Santos-Dumont is a national hero, having his name inscribed on the Tancredo Neves Pantheon 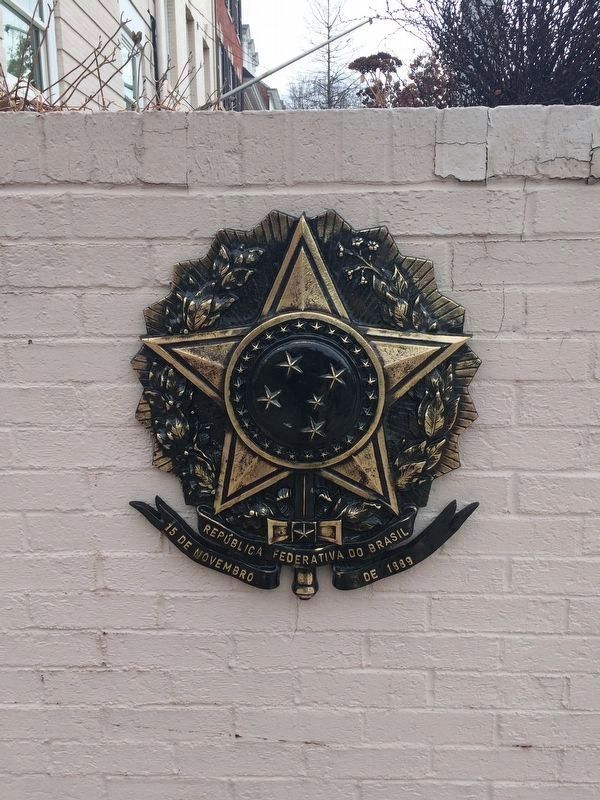 Photographed By Devry Becker Jones, January 13, 2018
3. Along the wall near the marker
República Federativa do Brasil
15 de Movembro de 1889
of the Fatherland and Freedom. He is credited in Brazil as the "father of aviation" and "father of flight". (Submitted on November 4, 2016, by J. Makali Bruton of Querétaro, Mexico.)