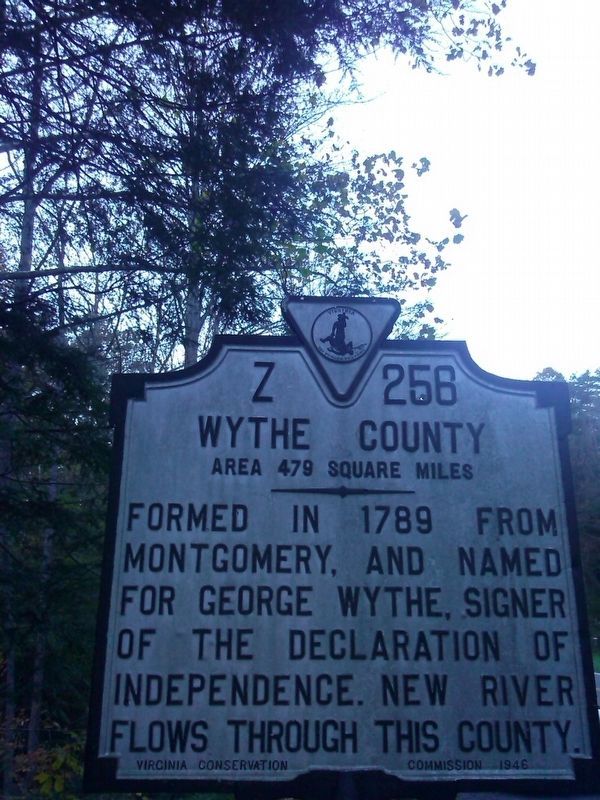 Wythe County. Area 479 Square Miles. Formed in 1789 from Montgomery, and named for George Wythe, signer of the Declaration of Independence. New River flows through this county.

Carroll County. Area 458 Square Miles. Formed in 1842 from Grayson, and named for Charles Carroll of Carrollton, signer of the Declaration Of Independence. New River runs through this county.

Topics and series. This historical marker is listed in these topic lists: Political Subdivisions • Settlements & Settlers • War, US Revolutionary • Waterways & Vessels. In addition, it is included in the Virginia Department of Historic Resources series list. A significant historical year for this entry is 1789. 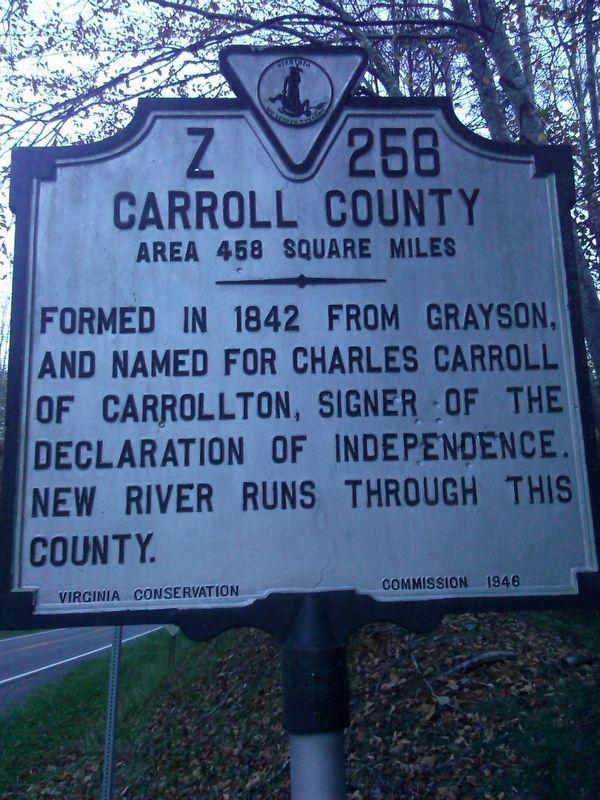 Click or scan to see
this page online
on Sylvatus Smith Highway. Touch for map. Marker is at or near this postal address: 125 Henley Dr, Hillsville VA 24343, United States of America. Touch for directions. 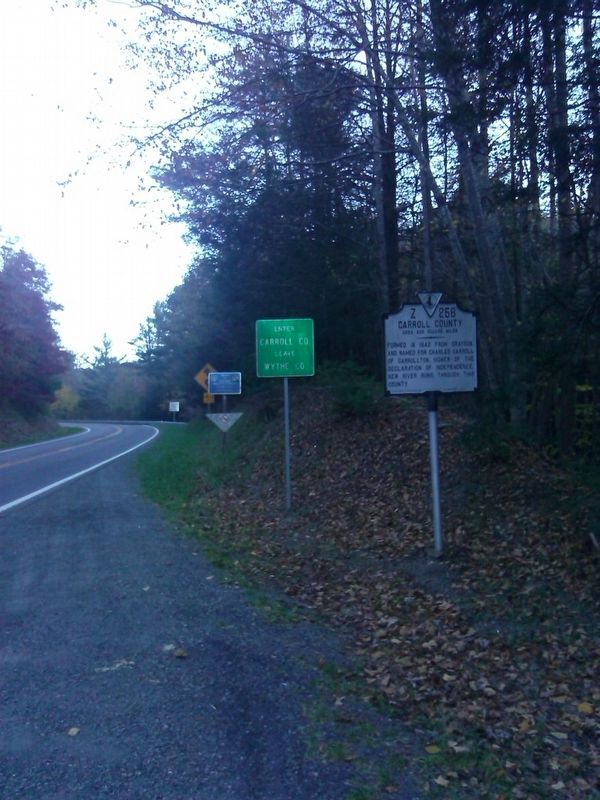