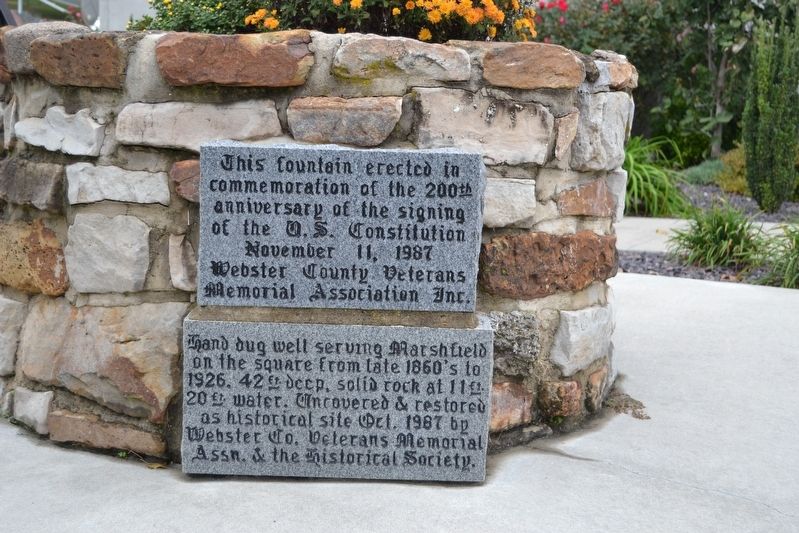 This fountain erected in commemoration of the 200th anniversary of the signing of the U.S. Constitution

Location. 37° 20.304′ N, 92° 54.413′ W. Marker is in Marshfield, Missouri, in Webster County. Marker can be reached from Madison Street west of Clay Street, on the left when traveling east. Marker is located on the south side of the grounds of the Webster County Courthouse. Touch for map. Marker is in this post office area: Marshfield MO 65706, United States of America. Touch for directions.

Other nearby markers. At least 4 other markers are within 16 miles of this marker, measured as the crow flies 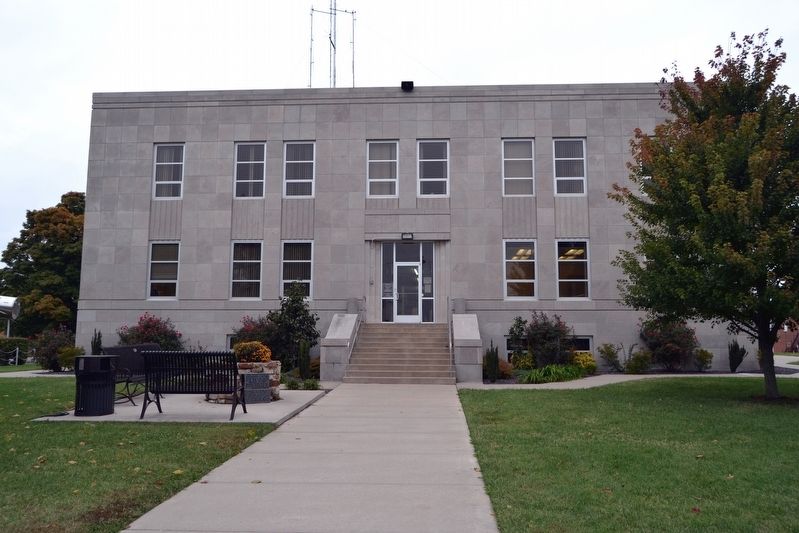