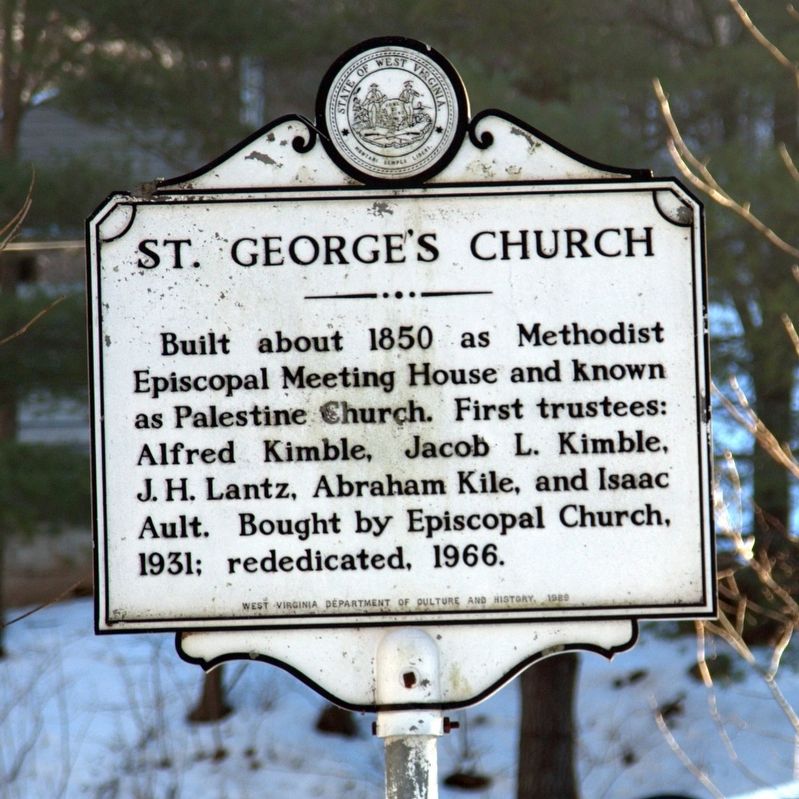 Erected 1989 by West Virginia Department of Culture and History.

Topics and series. This historical marker is listed in this topic list: Churches & Religion. In addition, it is included in the West Virginia Archives and History series list.

Location. 38° 51.537′ N, 79° 16.773′ W. Marker is near Upper Tract, West Virginia, in Pendleton County. Marker is on Smoke Hole Road (County Route 2) 5½ miles north of Petersburg Pike (U.S. 220), on the left when traveling north. Marker is located within Seneca Rocks National Recreation Area. It is at Shreve’s Store just past where Route 2/3 branches off from Route 2. Touch for map. Marker is in this post office area: Upper Tract WV 26866, United States of America. Touch for directions.

Other nearby markers. At least 8 other markers are within 6 miles of this marker, measured as the crow flies. Smoke Hole Cave (approx. 1.4 miles away); Eagle Rocks (approx. 2½ miles away); Smoke Hole 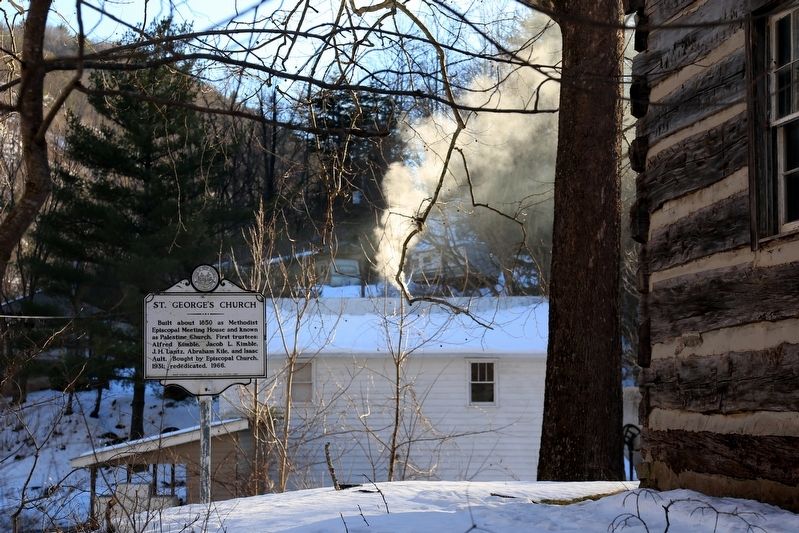 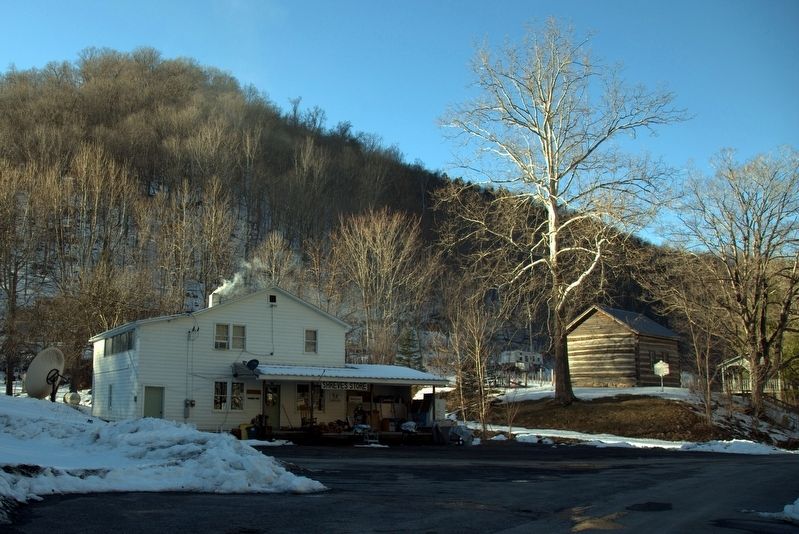 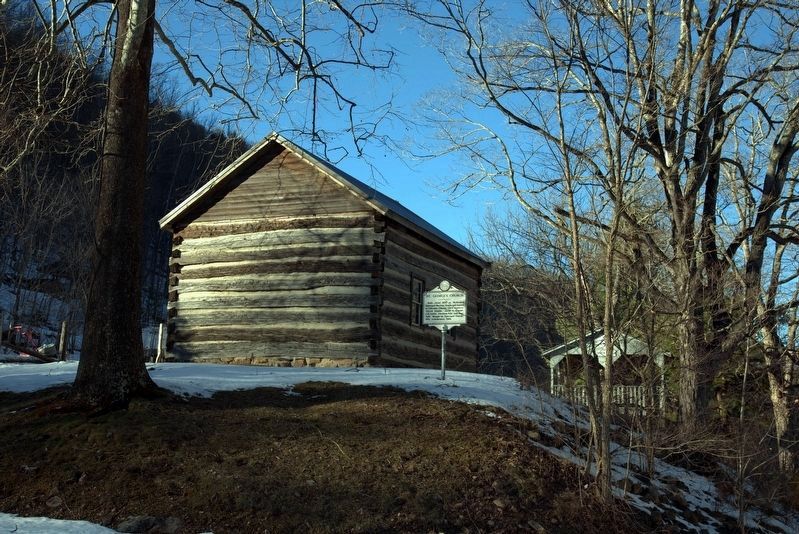 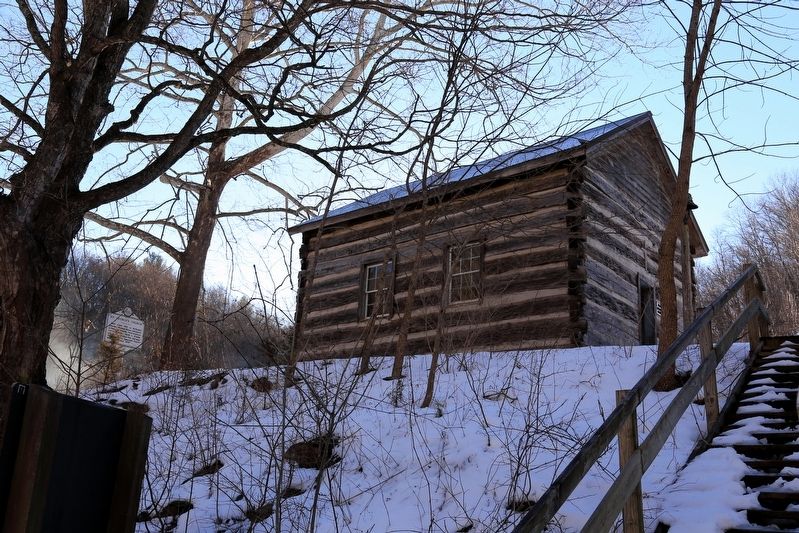 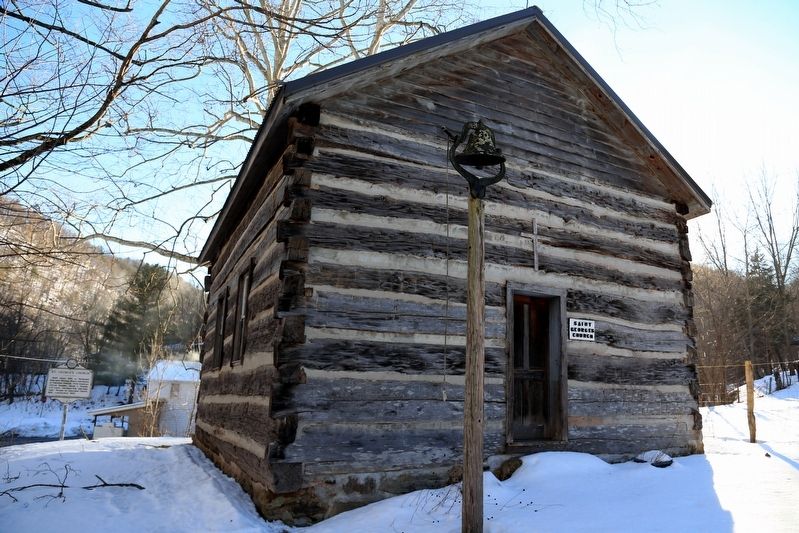 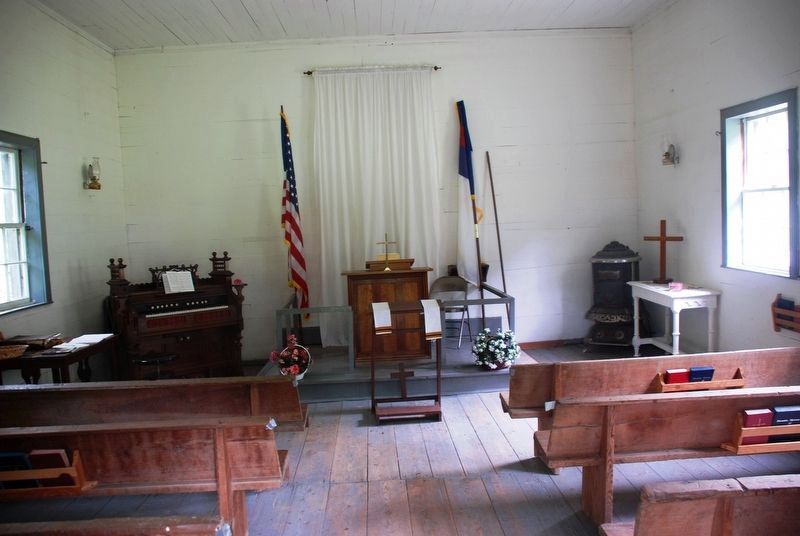