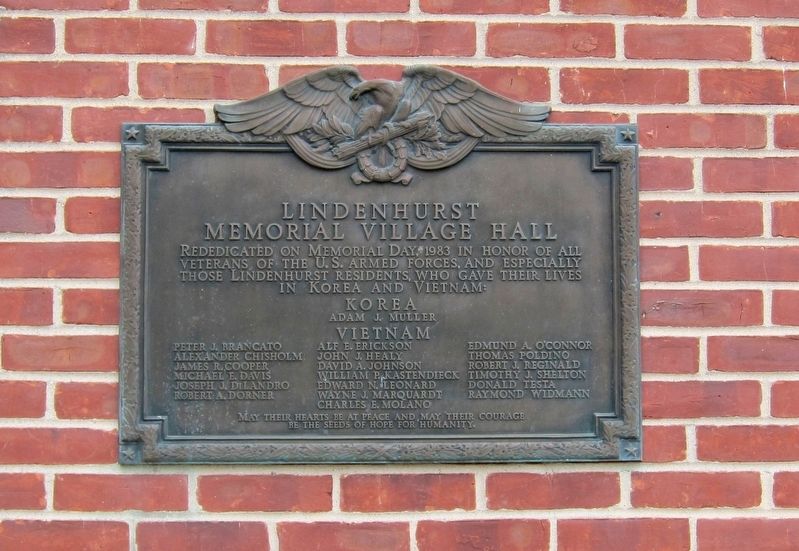 Lindenhurst Memorial Village Hall Rededicated on Memorial Day, 1983 in honor of all veterans of the U.S. Armed Forces, and especially those Lindenhurst residents, who gave their lives in Korea and Vietnam:

May their hearts be at peace, and may their courage be the seeds of hope for humanity.

Location. 40° 40.909′ N, 73° 22.043′ W. Marker is in Lindenhurst, New York, in Suffolk County. Memorial is at the intersection of South Wellwood Avenue and Herbert Avenue, on the right when traveling north on South Wellwood 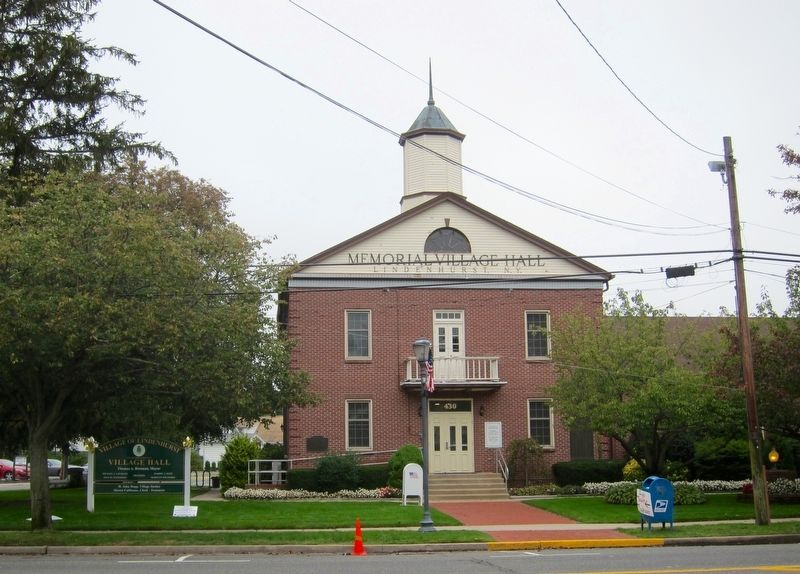 By Andrew Ruppenstein, October 1, 2016
2. Lindenhurst Memorial Village Hall Korean and Vietnam War Veterans Memorial Marker - Wide View
The marker is visible here to the left of the building entrance.
Avenue. Touch for map. Marker is at or near this postal address: 430 South Wellwood Avenue, Lindenhurst NY 11757, United States of America. Touch for directions.