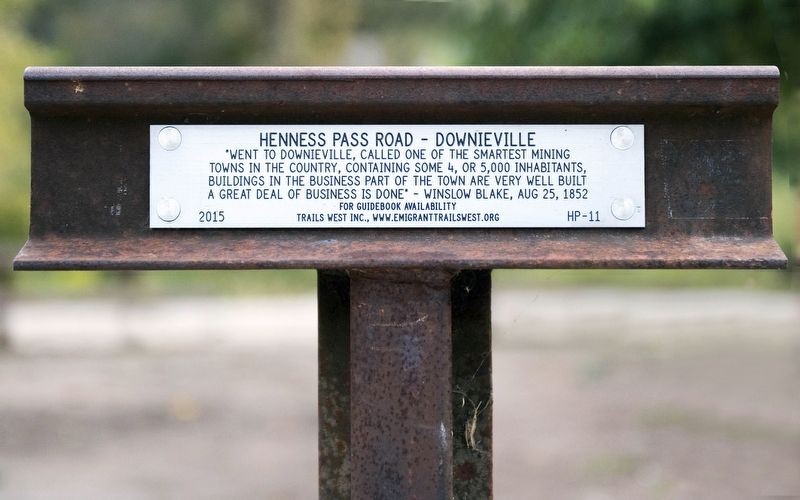 "Went to Downieville, called one of the smartest mining towns in the country, containing some 4, or 5,000 inhabitants, buildings in the business part of town are very well built a great deal of business is done" - Winslow Blake, Aug 25, 1852

Topics and series. This historical marker is listed in these topic lists: Roads & Vehicles • Settlements & Settlers. In addition, it is included in the California Trail, the Henness Pass, and the Trails West Inc. series lists. A significant historical date for this entry is August 25, 1852. 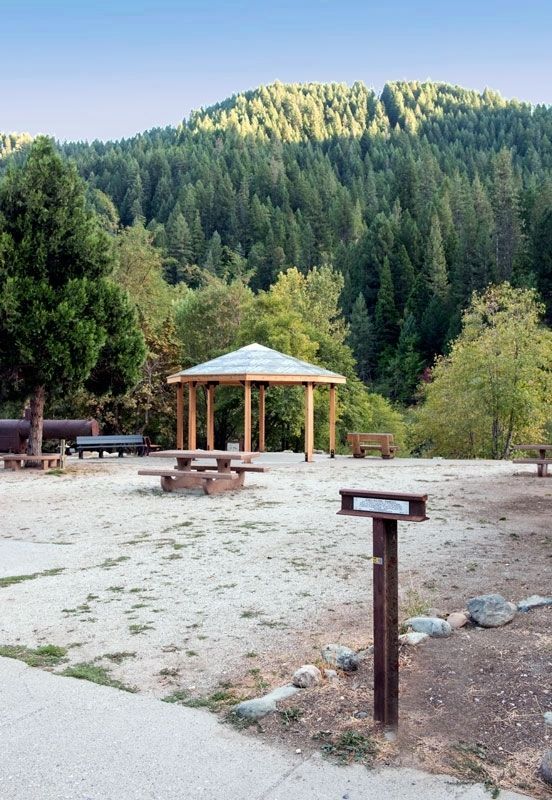 By Alvis Hendley, October 6, 2016
2. Henness Pass Road - Downieville Marker
The gazebo is located in a small park on the right bank of the Downie River. There is a light dusting of snow on the grass.