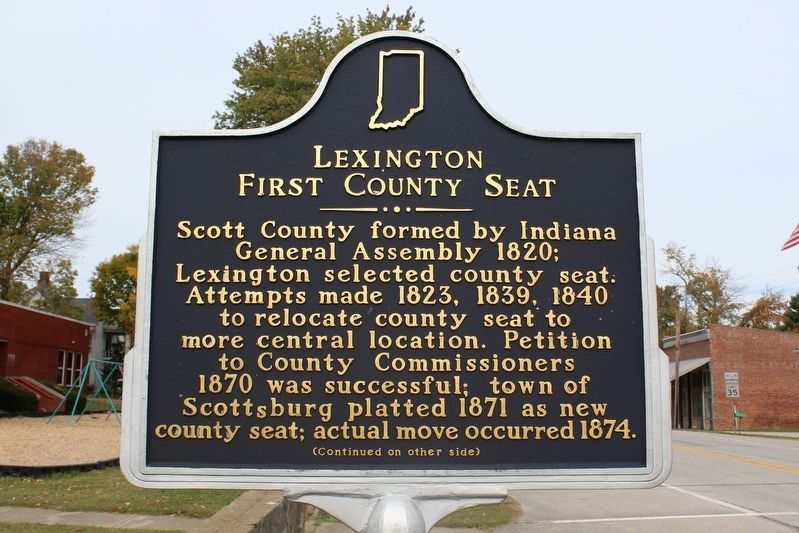 Side 2 . Lexington laid out 1810; plat recorded 1813; town incorporated 1816. First Scott County courthouse built here 1821 by Daniel P. Falkner. Specifications called for brick construction and a hipped roof with poplar shingles and a twenty-foot cupola. Structure served as school 1874-1889, then was demolished. . This historical marker was erected in 2002. It is in Lexington in Scott County Indiana

Other nearby markers. At least 8 other markers are within 8 miles of this marker, measured as the crow flies 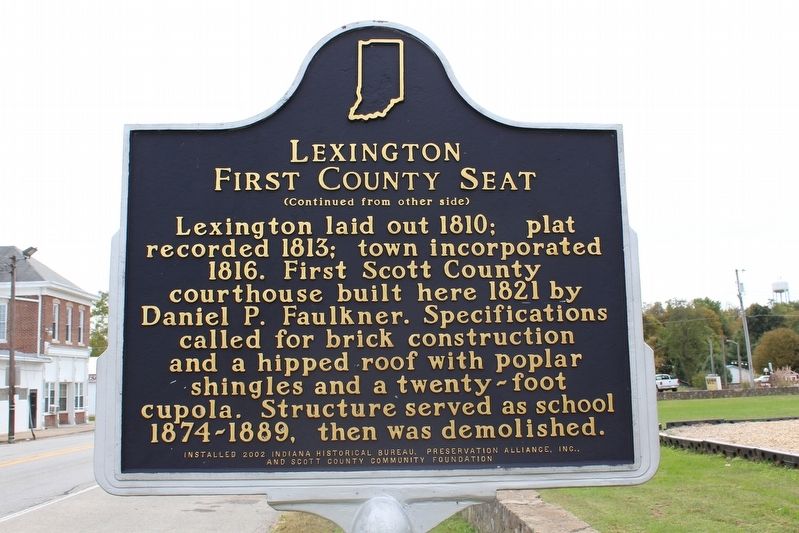 By Tom Bosse, October 14, 2016
2. Lexington First County Seat Marker (Side 2)
. A Night in a Hotel (a few steps from this marker); Morgan's Raid (within shouting distance of this marker); Site of Western Eagle (about 600 feet away, measured in a direct line); Site of William Hayden English Home (approx. half a mile away); Town Creek Encampment (approx. half a mile away); John Kimberlin Farm (approx. 3.1 miles away); Northern Boundary of Clark's Grant (approx. 3½ miles away); Morgan's Great Raid (approx. 7.8 miles away). Touch for a list and map of all markers in Lexington. 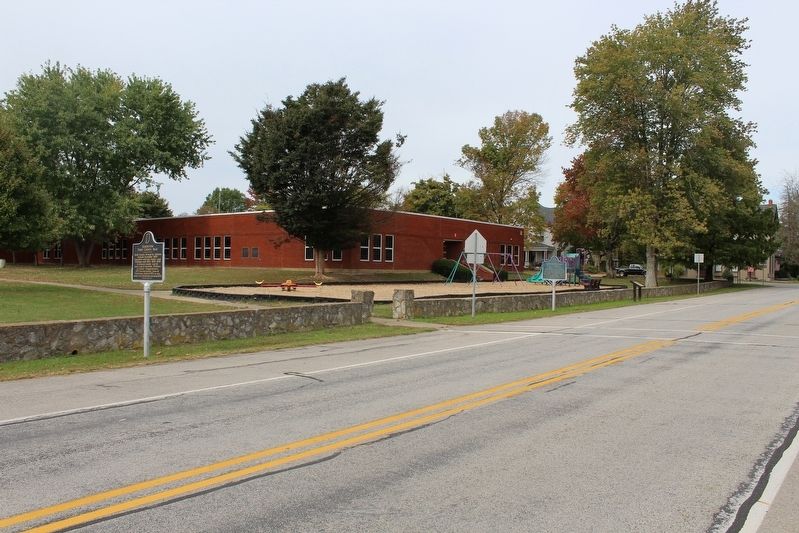 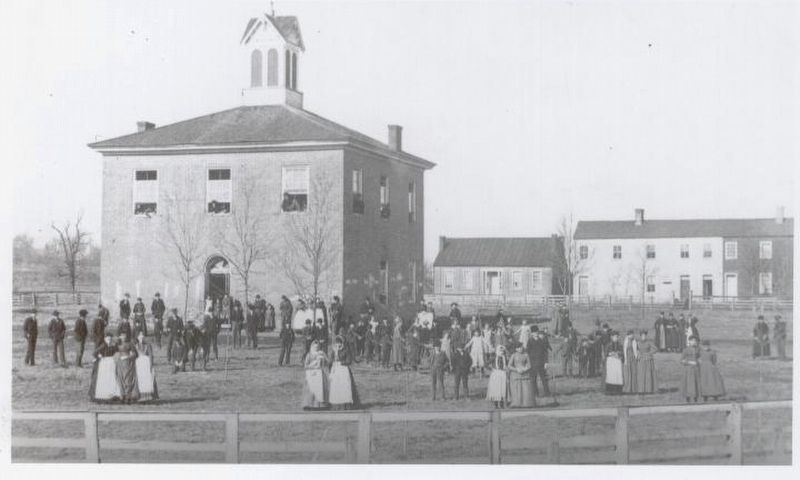