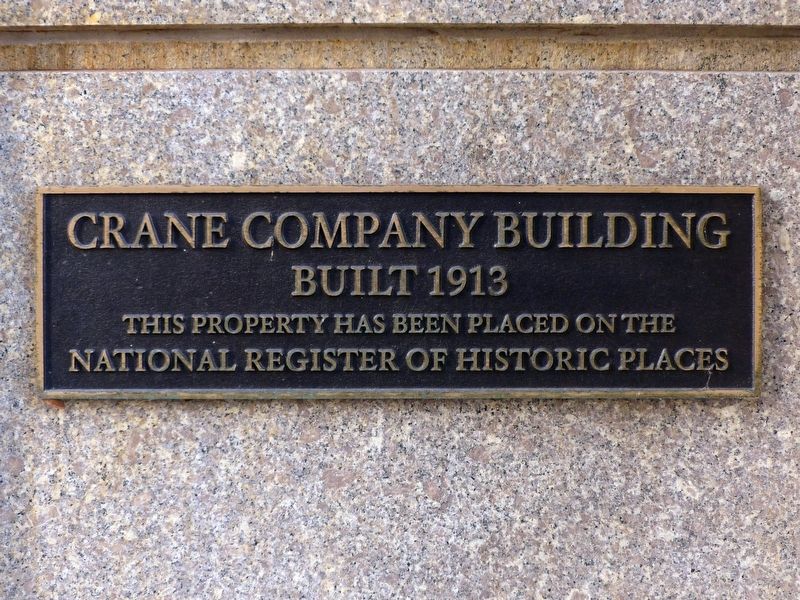 This Property has been Placed on the National Register of Historic Places.

Topics. This historical marker is listed in these topic lists: Architecture • Industry & Commerce. A significant historical year for this entry is 1913.

Other nearby markers. At least 8 other markers are within walking distance of this marker. 910 South Michigan (within shouting distance of this marker); John A. Logan (about 300 feet away, measured in a direct line); Fairbanks Morse & Company Building (about 400 feet away); Aaron Montgomery Ward Gardens (about 600 feet away); Ludington Building (about 700 feet away); Blackstone Hotel (approx. 0.2 miles away); Central Station Fragments (approx. 0.2 miles away); Hotel Somerset (approx. ¼ mile away). Touch for a list and map of all markers in Chicago. 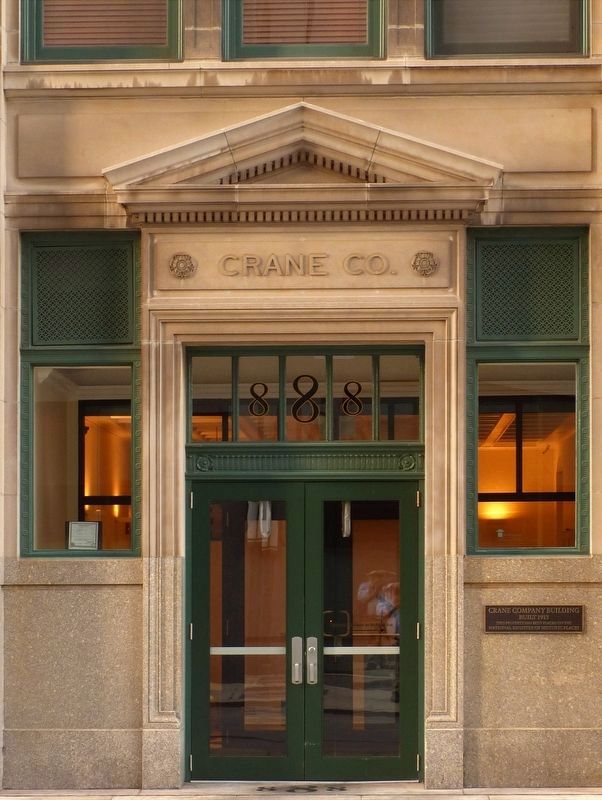 Click or scan to see
this page online
in the Loop community area of Chicago, Illinois. The twelve-story building was designed by Holabird & Roche and built in 1912. The steel frame skyscraper was designed in the Classical Revival style, and its exterior design is split into three sections. The first and second floors are faced in limestone and feature piers supporting a cornice; the third floor is also covered in limestone. The fourth through eleventh floors are constructed in red brick; windows on these floors feature terra cotta keystones and sills, and the eleventh floor is capped by a terra cotta cornice. The twelfth floor is decorated in terra cotta panels which incorporate Crane Company valves in their design; this floor is also topped by a cornice. 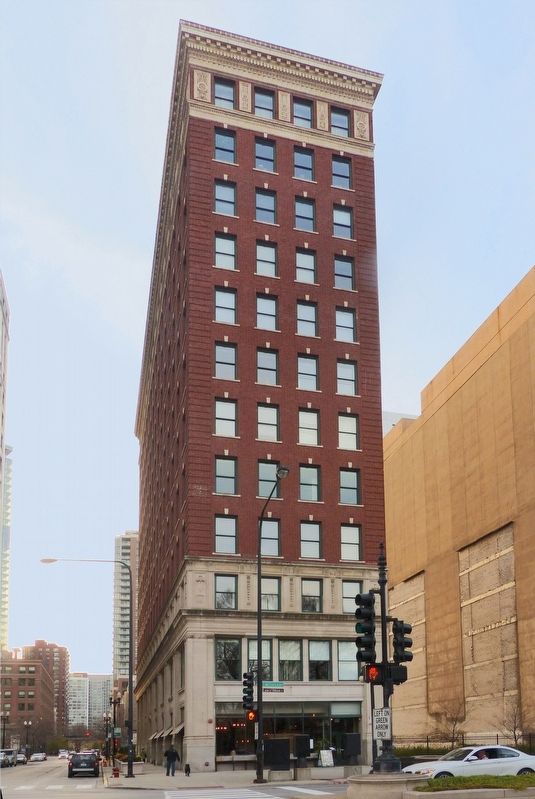 The Crane Company Building was added to the National Register of Historic Places on January 28, 2002.” — Wikipedia 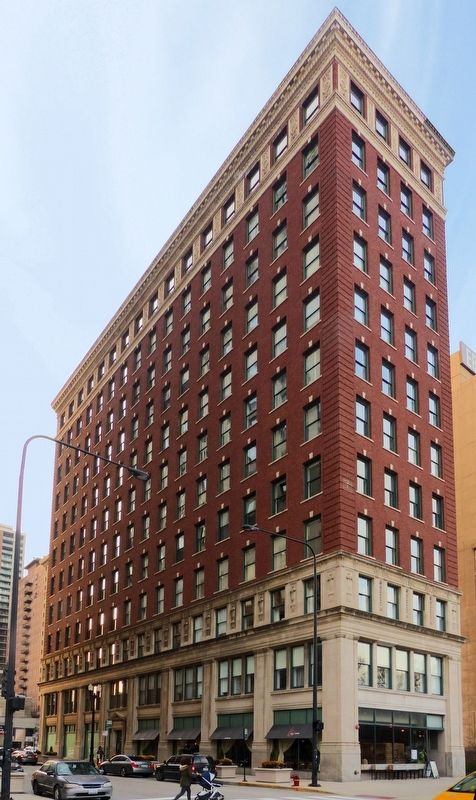 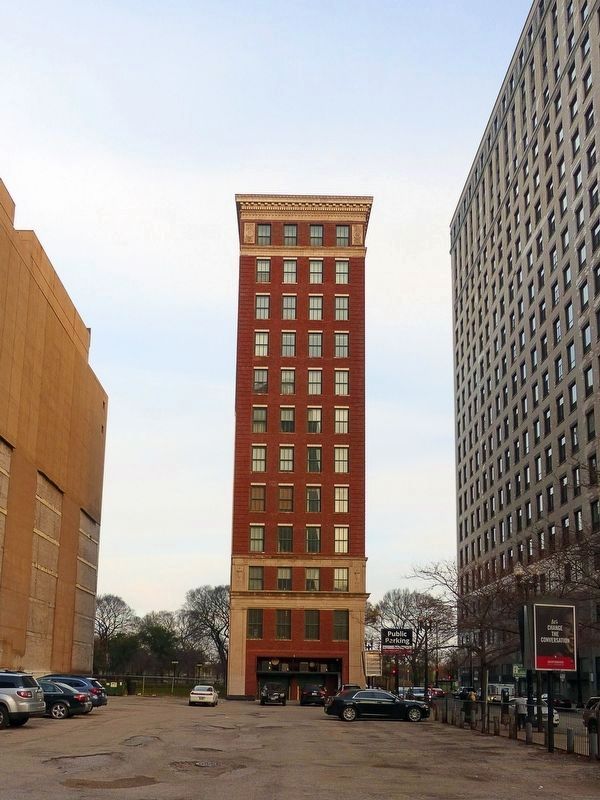