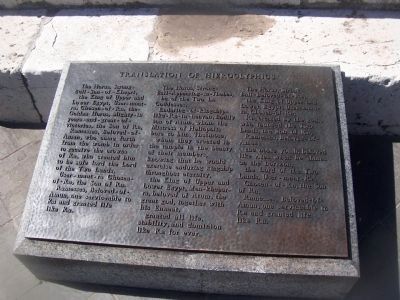 Translation of Hieroglyphics
The Horus, Strong-Bull-Son-of-Kheprl,
the King of Upper and Lower Egypt, User-maat-ra, Chosen-of-Ra, the Golden Horus, Mighty-in-years-and-great-of-victories, the Son or Ra,
Ramesses, Beloved-of-Amun, who came forth from the womb in order to receive the crowns of Ra, who created him to be sole lord the Lord of the Two Lands,
User-maat-ra Chosen-of-Ra, the Son of Ra.
Ramesses, Beloved-of-Amun, one serviceable to Ra and granted life like Ra.

The Horus, Strong-Bull-Appearing-in-Thebes, he of the Two La Goddesses,
Enduring-of-kingship-like-Ra-in-heaven, Bodily son of Atum, whom the Mistress of Heliopolis bore to him, Thutmose,
whom they created in the temple in the beauty of their members, knowing that he would exercise enduring kingship throughout eternity,
the King of Upper and Lower Egypt, Men-kheper-ra, beloved of Atum, the great god, together with his Enneat,
granted all life, stability, and dominion like Ra forever.

The Horus, Strong-Bull-Beloved-of-Ra,
the King of Upper and 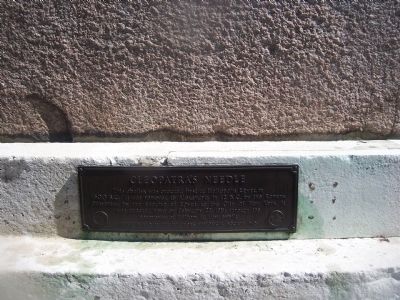 Click or scan to see
this page online
Lower Egypt, User-maat-ra, Chosen-of-Ra,
Ra, created by the gods, who funded the Two Lands, the Son of Ra,
Ramesses, Beloved-of-Amun,
the noble youth, beloved like Aten when he shines on the horizon,
the Lord of the Two Lands, User-maat-ra,
Chosen-of-Ra, the Son of Ra,
Ramesses, Beloved-of-Amun, one serviceable to Ra and granted life like Ra.

(Plaque at base of monument)
This obelisk was erected first at Heliopolis Egypt in 1600 B.C. It was removed to Alexandria in 12 B.C. by the Romans. Presented by the Khedive of Egypt to the City of New York, it was erected here on February 22, 1881 through the generosity of William H. Vanderbilt.

Topics. This historical marker is listed in this topic list: Landmarks. A significant historical month for this entry is February 1932. 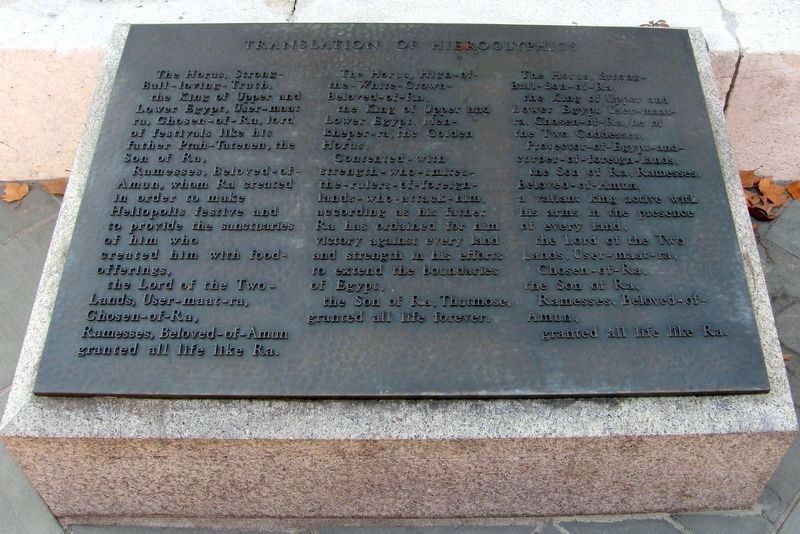 More about this marker. Located in Central Park behind the Metropolitan Museum of Art.

Also see . . .
1. Cleopatra's Needle - Wikipedia. Wikipedia Entry. “Cleopatra’s Needle is the popular name for each of three Ancient Egyptian obelisks re-erected in London, Paris, and New York City during the nineteenth century. The London and New York ones are a pair, while the Paris one comes from a different original site where its twin remains. Although the needles are genuine Ancient Egyptian obelisks, they are somewhat misnamed as they have no particular connection with Queen Cleopatra VII of Egypt, and were already over a thousand years old in her lifetime. The New York ‘needle’ is one such example, as it is originally the work of 18th Dynasty Pharaoh Thutmose III but was falsely named Cleopatra’s needles. The Paris ‘needle’ was the first to be moved and re-erected, and the 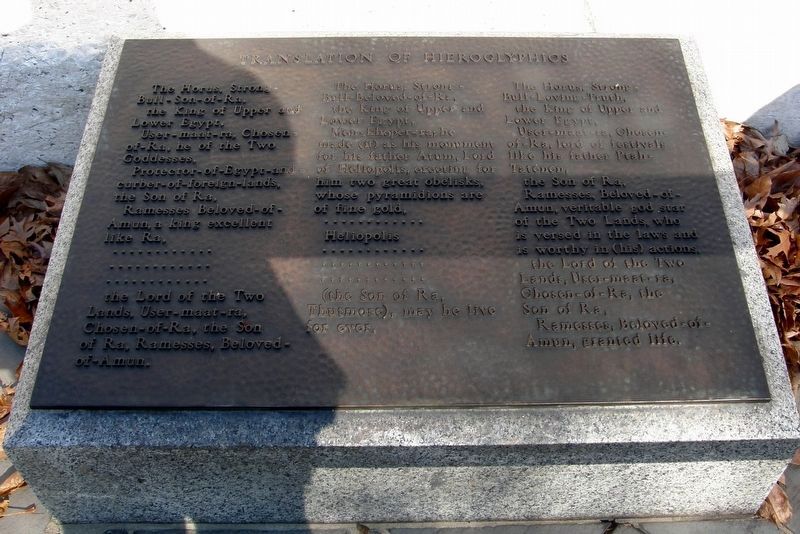 By Larry Gertner, November 19, 2016
4. Cleopatra’s Needle Marker
At the south face of the obelisk.
first to acquire the nickname.” (Submitted on September 22, 2010, by Bill Pfingsten of Bel Air, Maryland.) 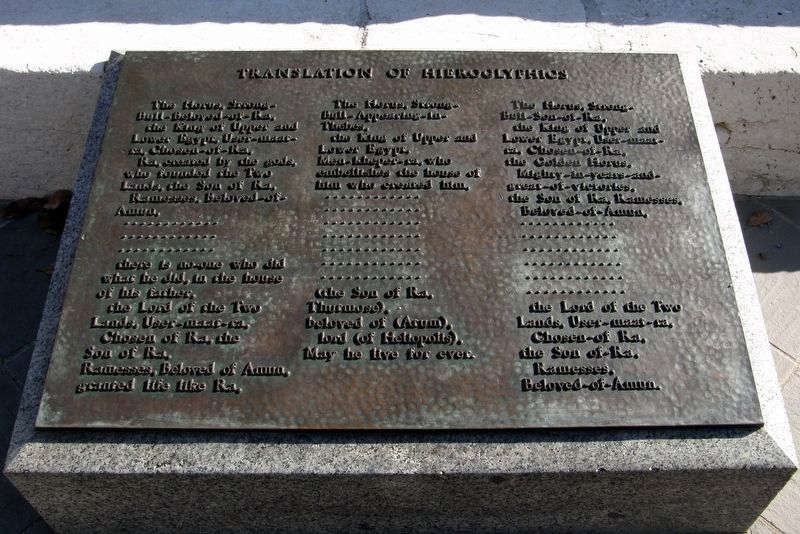 By Larry Gertner, November 19, 2016
5. Cleopatra’s Needle Marker
At the west face of the obelisk. 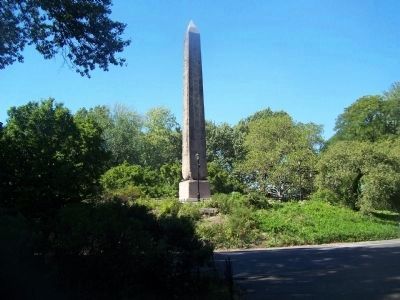 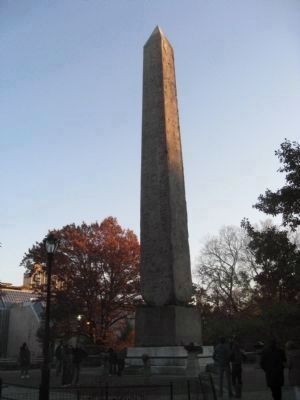 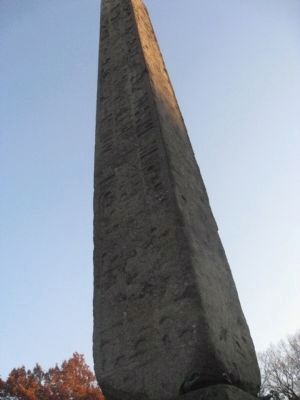 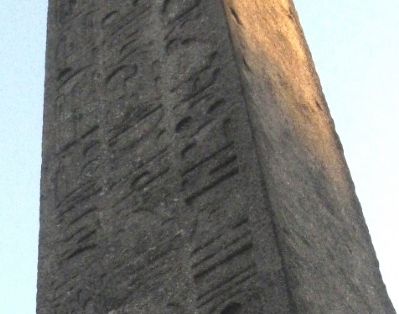