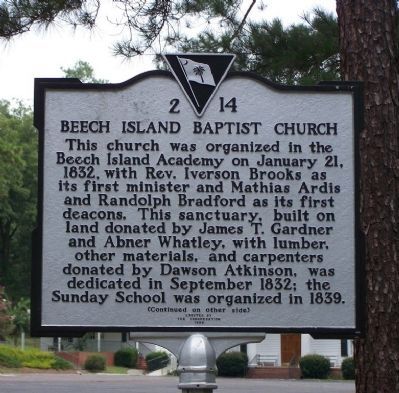 This church was organized in the Beech Island Academy on January 21, 1832, with Rev. Iverson Brooks as its first minister and Mathias Ardis and Randolph Bradford as its first deacons. This sanctuary, built on land donated by James T. Gardner and Abner Whatley, with lumber, other materials, and carpenters donated by Dawson Atkinson, was dedicated in September 1832; the Sunday School was organized in 1839.

Topics. This historical marker is listed in these topic lists: Churches & Religion • Notable Places. A significant historical month for this entry is January 1865. 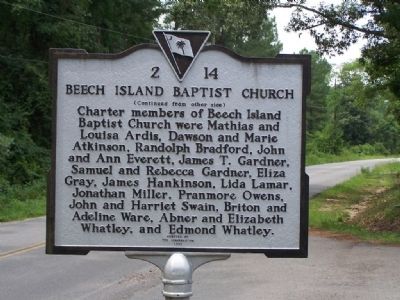 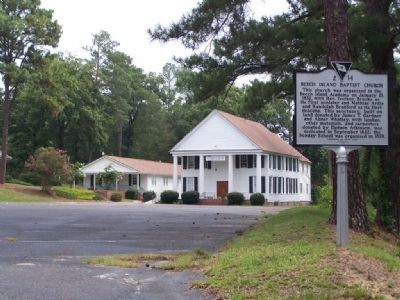 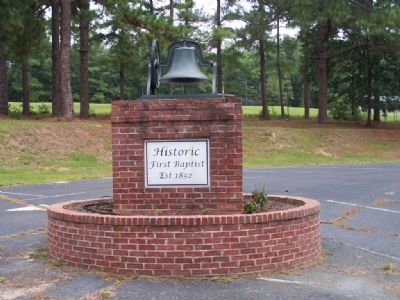 Photographed By Mike Stroud, July 25, 2008
4. Bell at Historic First Baptist 1832
The bell is located at the north end of parking lot (driveway). 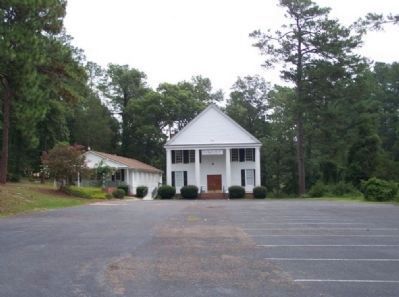