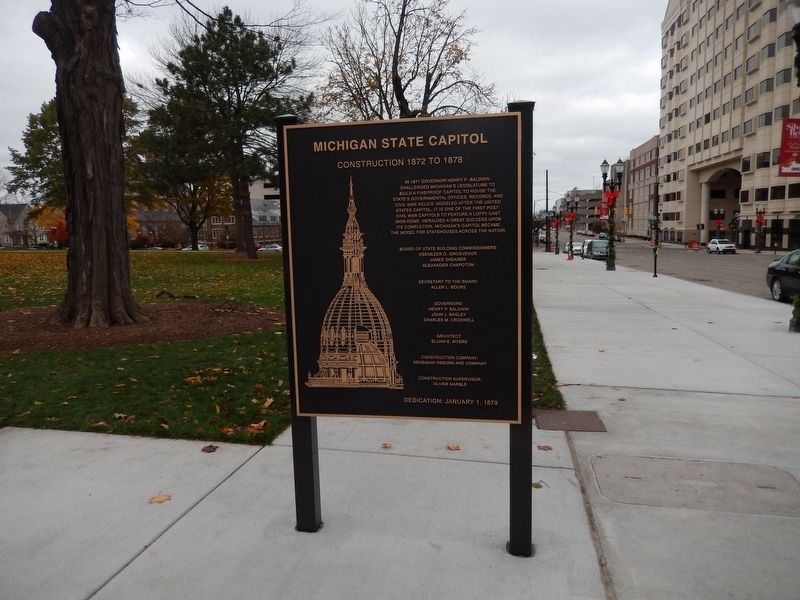 Dedication: January 1, 1879 . This historical marker is in Lansing in Ingham County Michigan

In 1871 Governor Henry P. Baldwin challenged Michigan's legislature to build a fireproof capitol to house the state;s governmental offices, recdords, and civil war relics. Modeled after the United States Capitol, it is one of thje first post-civil war capitols to featuore a lofty cast iron dome. Heralded a great success upon its completion, Michigan's capitol became the model for statehouses across the nation. 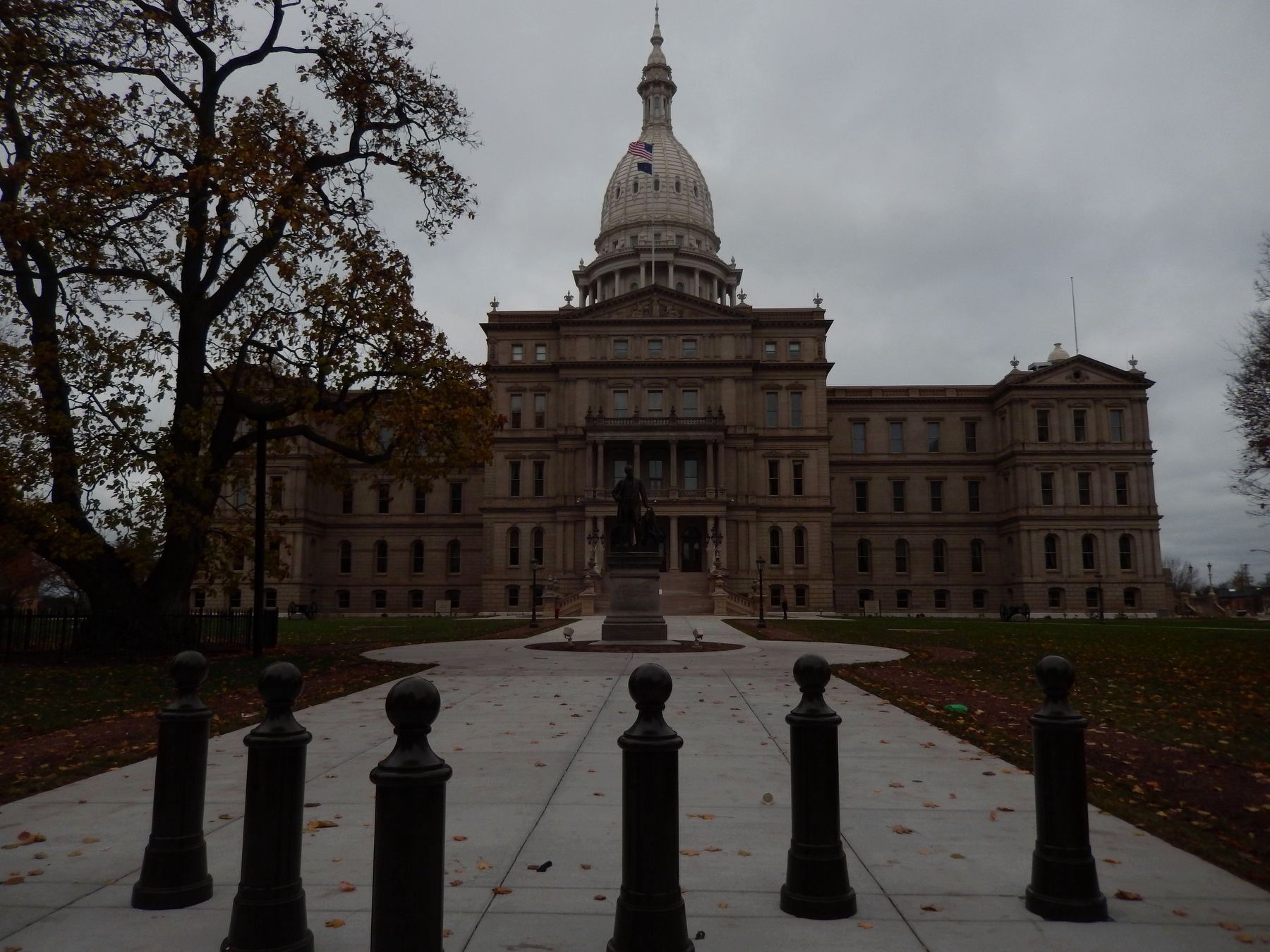 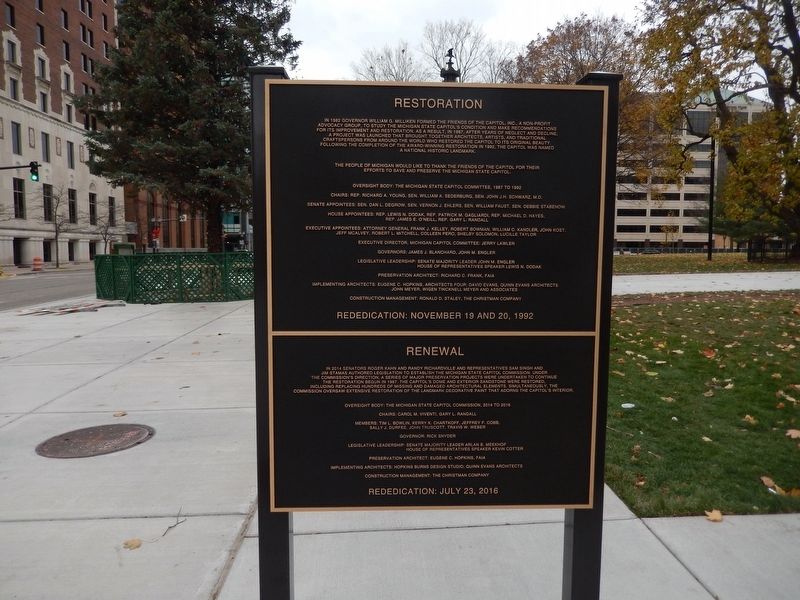