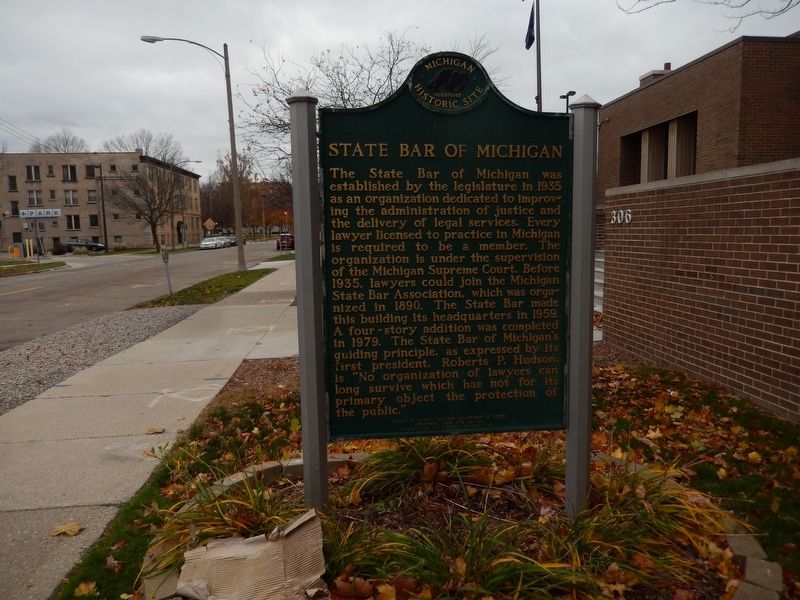 The State Bar of Michigan was established by the legislature in 1935 as an organization dedicated to improving the administration of justice and the delivery of legal services. Every lawyer licensed to practice in Michigan is required to be a member. The organization is under the supervision of the Michigan Supreme Court. Before 1935 lawyers could join the Michigan State Bar Association which was organized in 1890. The State Bar made this building its headquarters in 1959. A four-story addition was completed in 1979. The State Bar of Michigan's guiding principle, expressed by its first president Robert P. Hudson, is "No organization of lawyers can long survive which has not for its primary object the protection of the public."

Topics and series. This historical marker is listed in this topic list: Charity & Public Work. In addition, it is included in the Michigan Historical Commission series list. 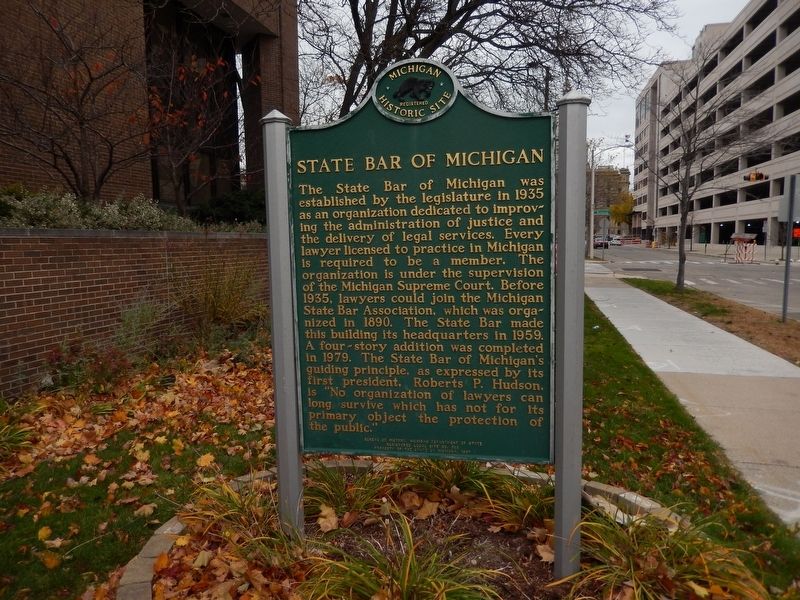 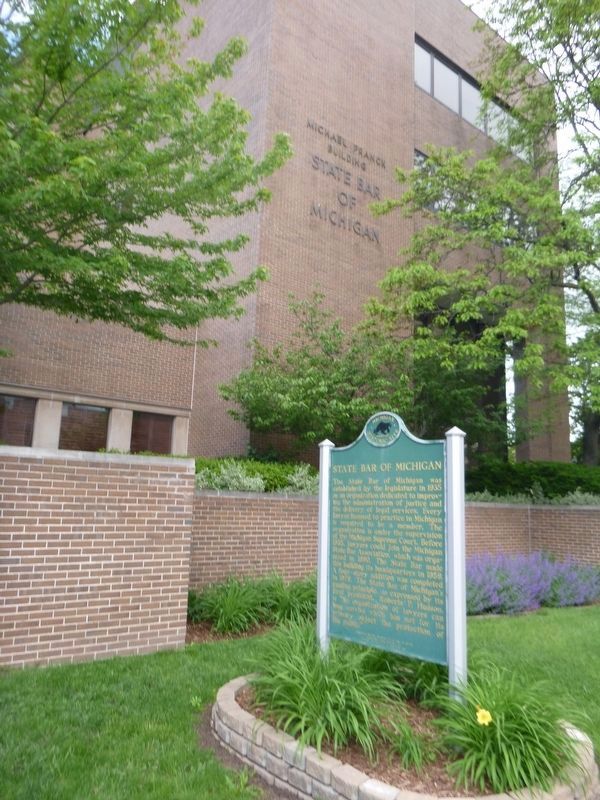 Photographed By Bill Rieske, May 26, 2017
3. State Bar of Michigan with Marker 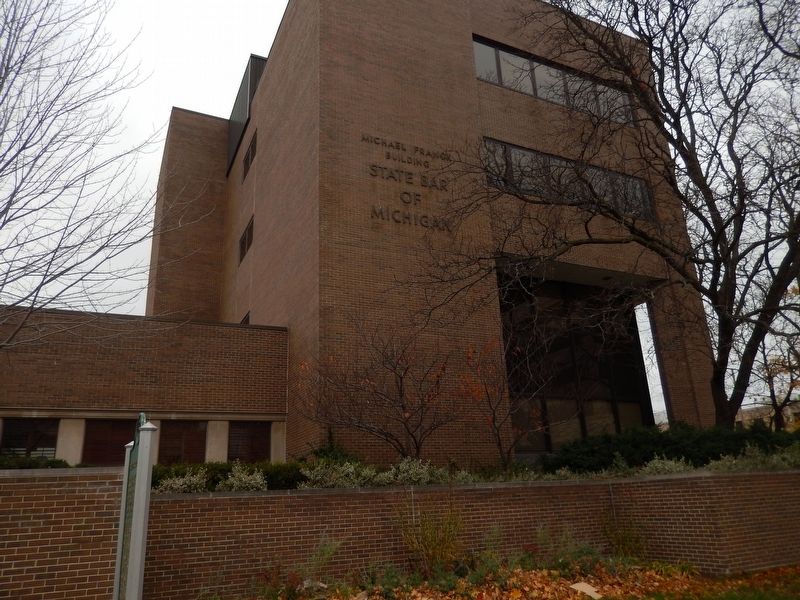