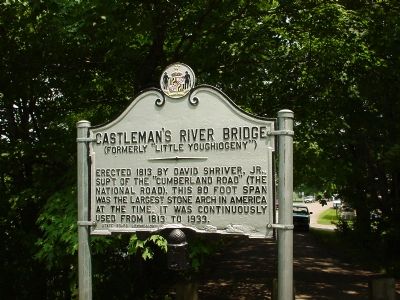 By J. J. Prats, June 9, 2004
1. Castleman's River Bridge Marker
Inscription.
Castleman’s River Bridge. (Formerly "Little Youghiogeny"). Erected 1813 by David Shriver, Jr., Sup't of the "Cumberland Road" (The National Road). This 80 foot span was the largest stone arch in America at the time. It was continuously used from 1813 to 1933. . This historical marker was erected by State Roads Commission. It is Near Grantsville in Garrett County Maryland

Erected 1813 by David Shriver, Jr., Sup't of the "Cumberland Road" (The National Road). This 80 foot span was the largest stone arch in America at the time. It was continuously used from 1813 to 1933.

Topics and series. This historical marker is listed in these topic lists: Bridges & Viaducts • Roads & Vehicles. In addition, it is included in the National Historic Landmarks, and the The Historic National Road series lists. 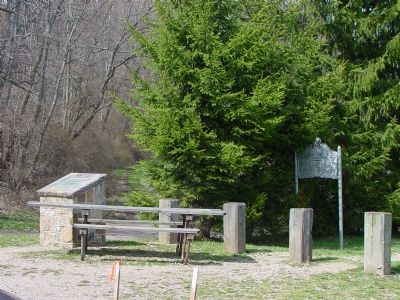 More about this marker. There are two identical markers, one on each end of the Castleman River Bridge. This marker, like its twin, describes the "The Little Crossings" (which see) on its other face.

Casselman Road runs through the Spruce Forest & Artisan Village at Penn Alps just east of Granstvile. There is plenty of parking and plenty to see and do and buy. The Stonebow Inn Bed & Breakfast is a few feet from the marker and the Pennsylvania Dutch family-style Penn Alps Restaurant is worth the stop.

5. Historic Bridges of Maryland. Link to book at Amazon.com (Submitted on February 4, 2006.) 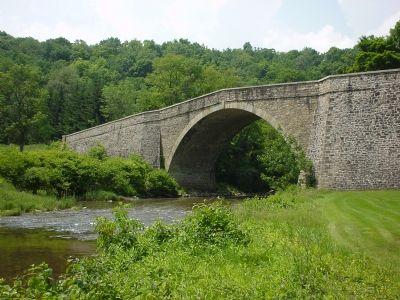 By J. J. Prats, June 9, 2004
3. The Casselman Bridge
Spruce Forest & Artisan Village, a Bed and Breakfast, and the Penn Alps Restaurant are to the right of this photograph. 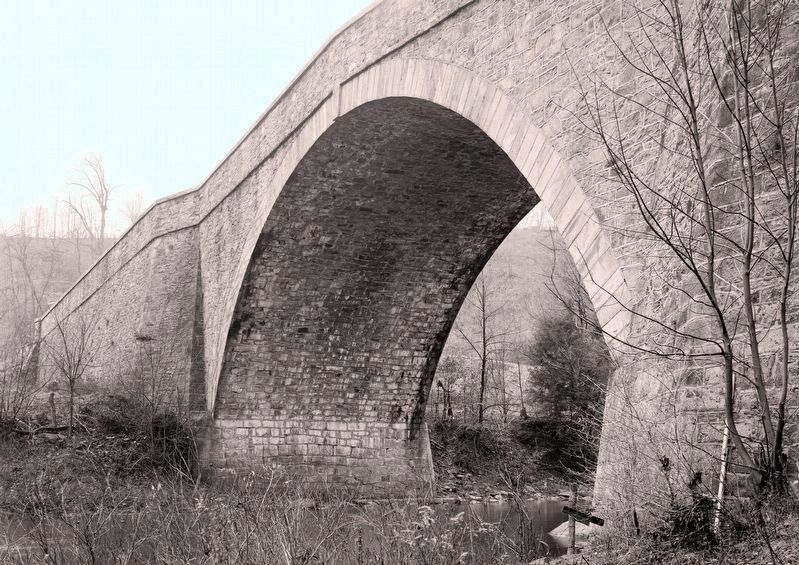 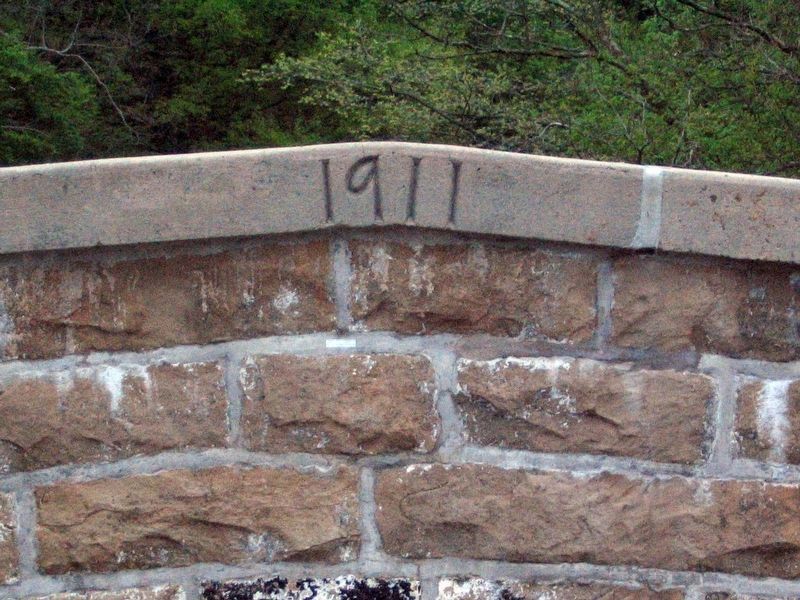 By Allen C. Browne, May 25, 2005
6. 1911
“In 1911 the bridge was repaired but today remains essentially unchanged from the time of its construction. Six steel columns support the structure on either side and do not overtly detract from its appearance.” — National Register Form. 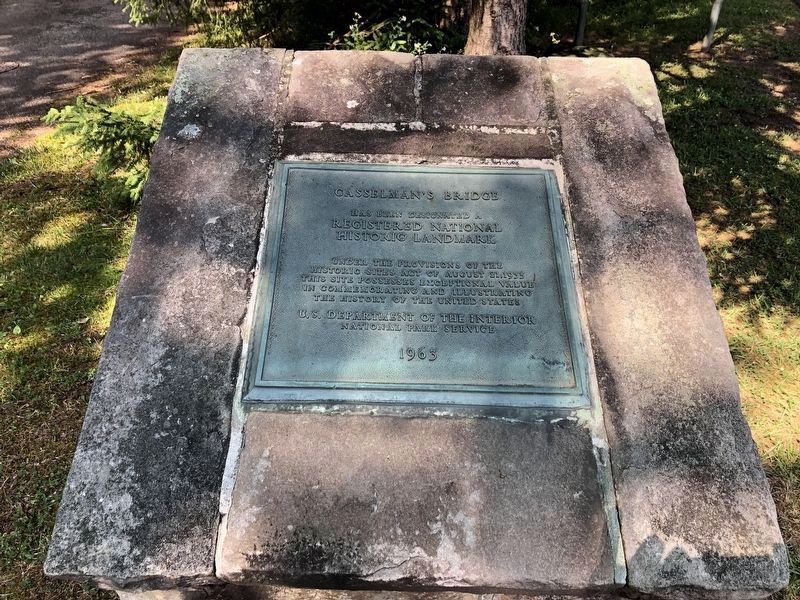