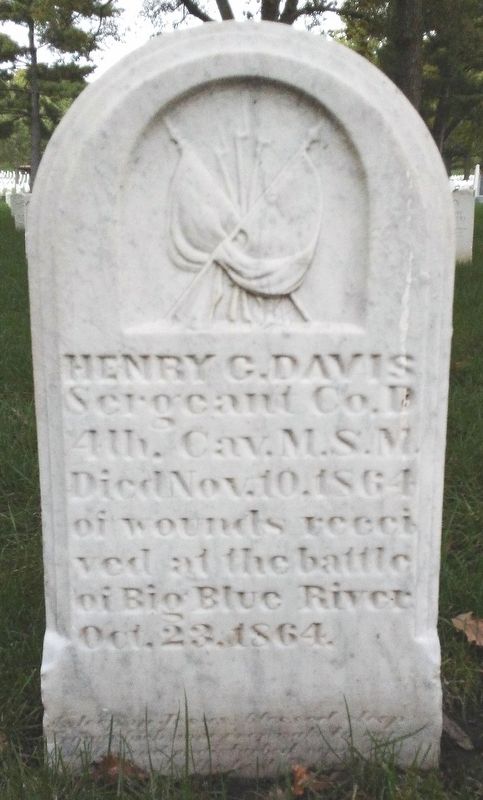 Topics and series. This memorial is listed in these topic lists: Cemeteries & Burial Sites • War, US Civil. In addition, it is included in the National Cemeteries series list. 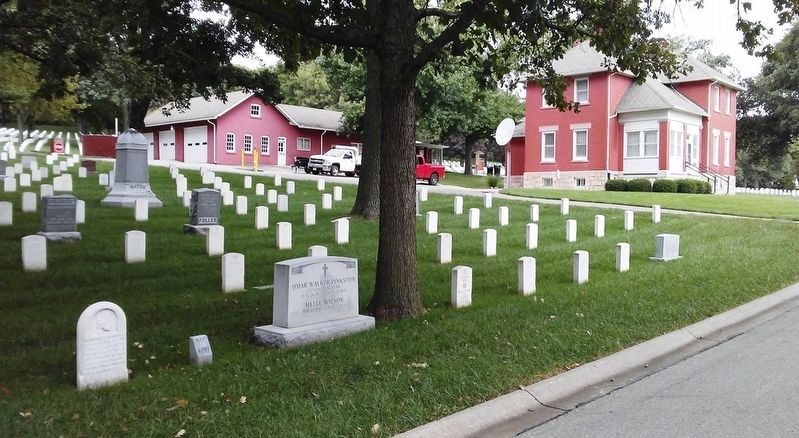 By William Fischer, Jr., September 16, 2016
2. Henry G. Davis Monument
At left foreground, with cemetery office in background
of this marker); Soldiers Who Died at Fort Larned (within shouting distance of this marker); Fort Sully (about 500 feet away, measured in a direct line). Touch for a list and map of all markers in Fort Leavenworth.

More about this marker. Access to Fort Leavenworth, an active US Army post, is restricted and requires proper identification.