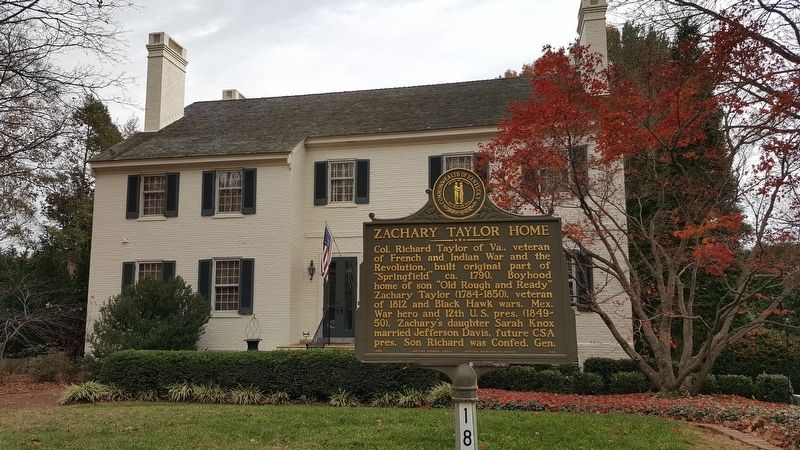 Topics and series. This historical marker is listed in these topic lists: Government & Politics • War of 1812 • War, Mexican-American. In addition, it is included in the Former U.S. Presidents: #12 Zachary Taylor, and the Kentucky Historical Society series lists. A significant historical year for this entry is 1790.

Other nearby markers. At least 8 other markers are within 2 miles of this marker, measured as the crow flies. A different marker also named Zachary Taylor Home 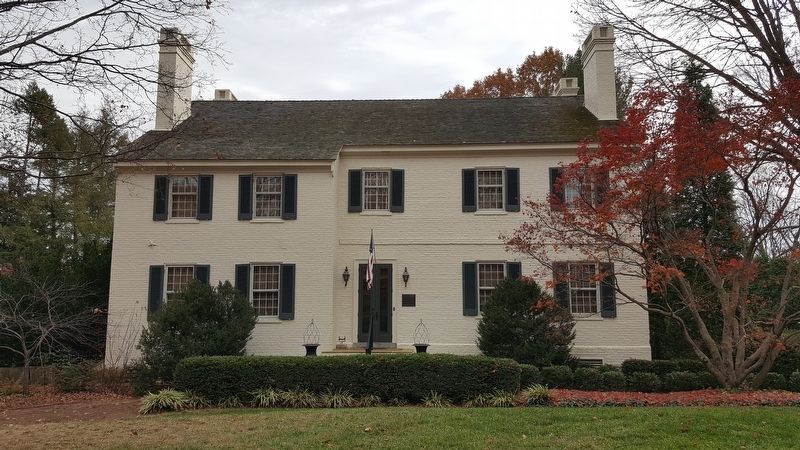 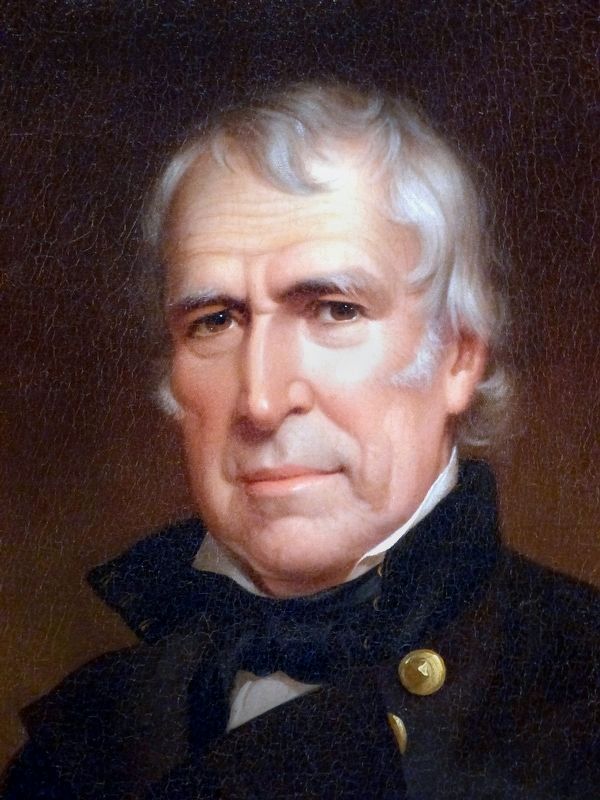 Upon entering the White House, Taylor declared his intention to bring harmony to the Union. Yet his refusal to placate the South by allowing slavery in some of the new territories acquired during the Mexican war did quite the opposite. Within a year of Taylor's coming to office, the country seemed to be moving toward civil war. Only after his unexpected death in July 1850 did compromise on this divisive issue become possible.” — National Portrait Gallery
Credits. This page was last revised on January 24, 2017. It was originally submitted on January 15, 2017, by Pat Filippone of Stockton, California. This page has been viewed 404 times since then and 14 times this year. Photos:   1, 2. submitted on January 15, 2017, by Pat Filippone of Stockton, California.   3. submitted on January 16, 2017, by Allen C. Browne of Silver Spring, Maryland. • Bill Pfingsten was the editor who published this page.
Share This Page.