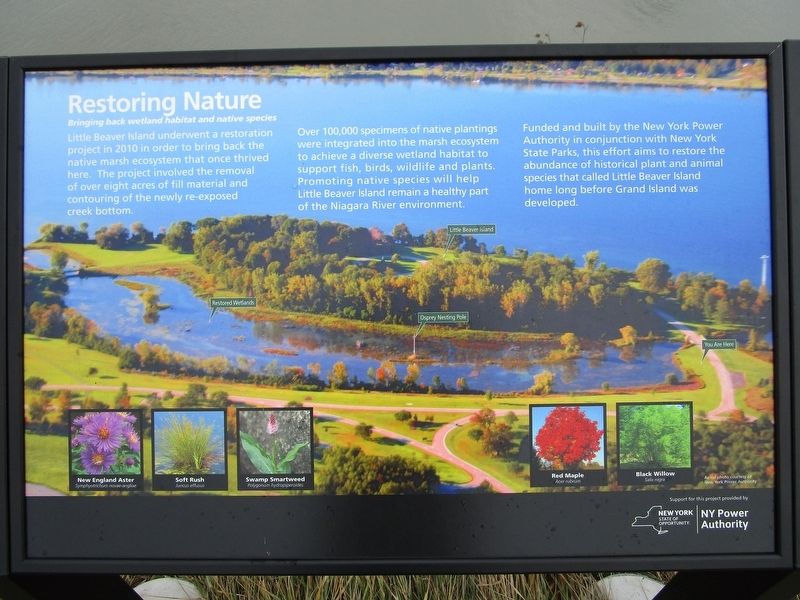 Little Beaver Island underwent a restoration project in 2010 in order to bring back the native marsh ecosystem that once thrived here. The project involved the removal of over eight acres of fill material and contouring of the newly re-exposed creek bottom.

Over 100,000 specimens of native plantings were integrated into the marsh ecosystem to achieve a diverse wetland habitat to support fish, birds, wildlife and plants. Promoting native species will help Little Beaver Island remain a healthy part of the Niagara River environment.

Funded and built by the New York Power Authority in conjunction with New York State Parks, this effort aims to restore the abundance of historical plant and animal apecies that called Little Beaver Island home long before Grand Island was developed.

Topics. This historical marker is listed in this topic list: 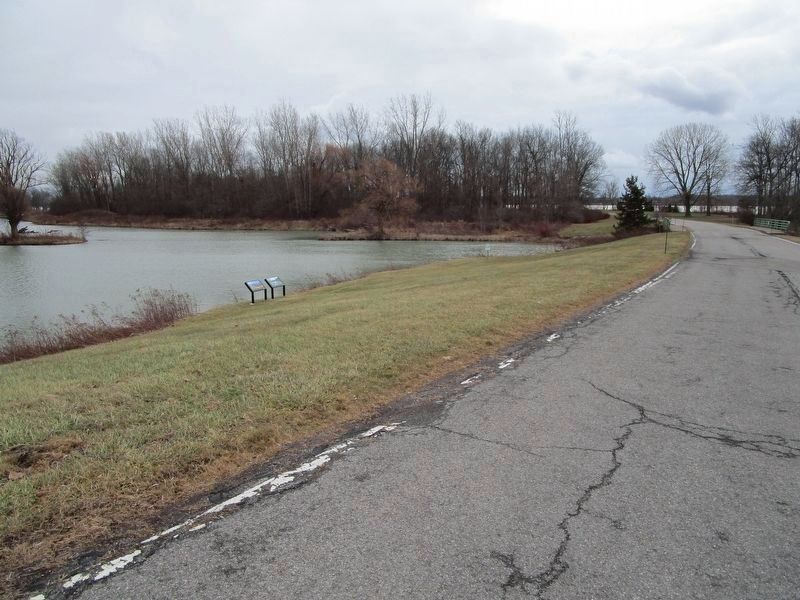 Photographed By Anton Schwarzmueller, January 27, 2017
2. Restoring Nature Marker - Southward
Marker is at the lagoon with the "For the Birds" marker to its right. The road ahead dead-ends on Little Beaver Island (area 5). The water seen beyond the road curve is the west branch of the Niagara River.

Click or scan to see
this page online
Environment. A significant historical year for this entry is 2010. 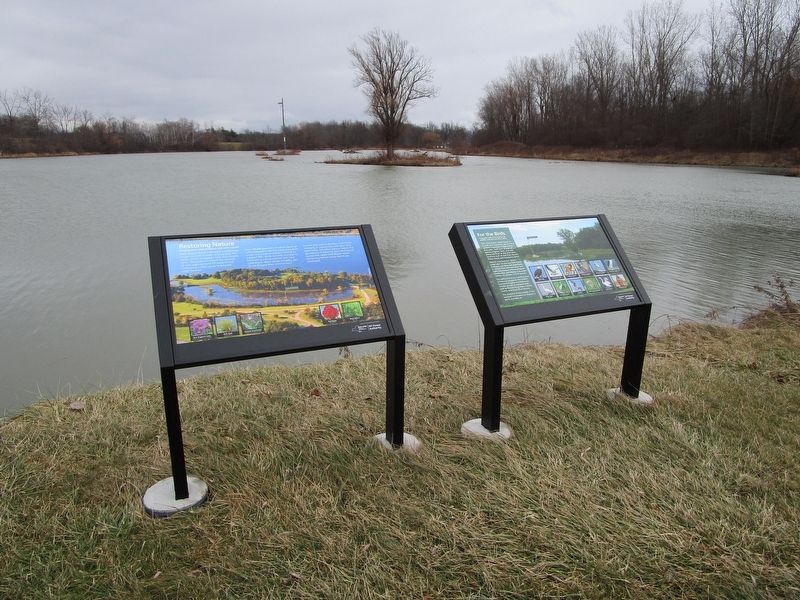