A Natural Habitat Re-Created for Wildlife and Bird Watchers Alike 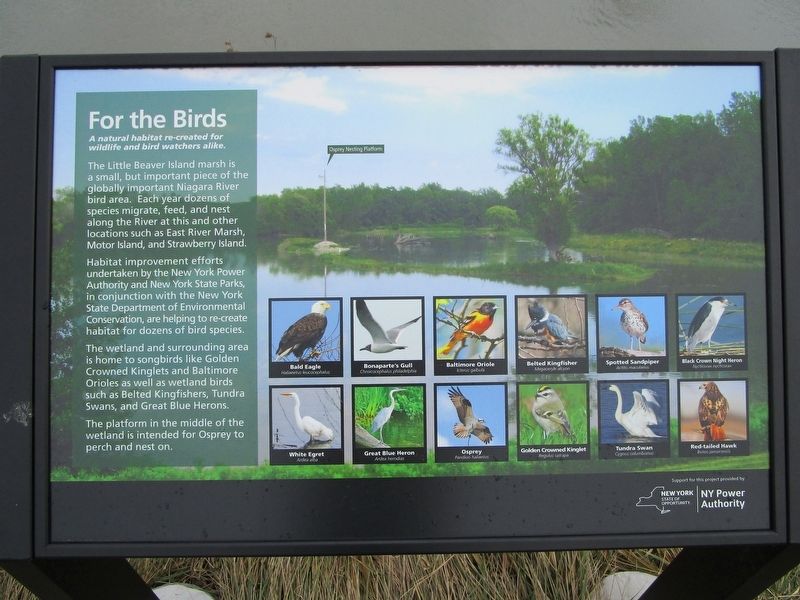 The Little Beaver Island marsh is a small, but important piece of the globally important Niagara River bird area. Each year dozens of species migrate, feed, and nest along the Niagara River at this and other locations such as east River Marsh, Motor Island, and Strawberry Island.

The wetland and surrounding area is home to songbirds like Golden Crowned Kinglets and Baltimore Orioles as well as wetland birds such as Belted Kingfishers, Tundra Swans, and Great Blue Herons.

The platform in the middle of the wetland is intended for Osprey to perch and nest on. 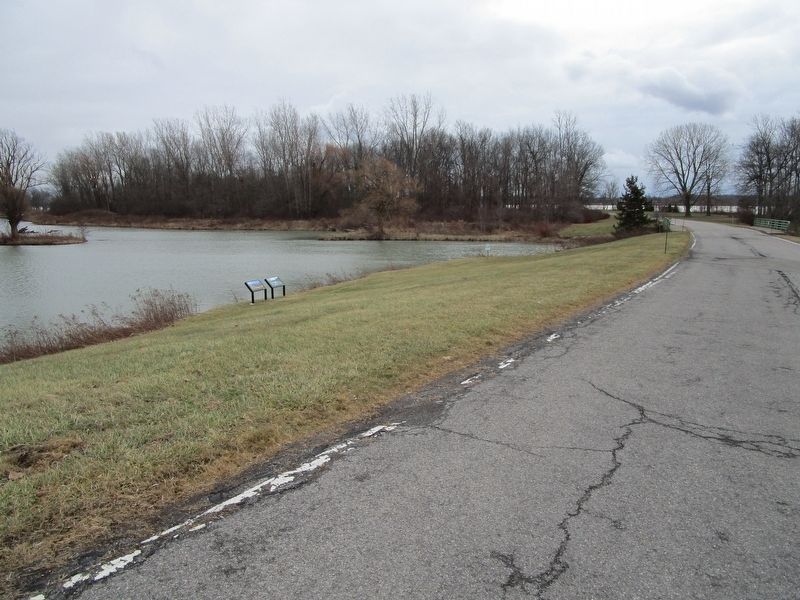 Photographed By Anton Schwarzmueller, January 27, 2017
2. For the Birds Marker - Southward
Restoring Nature and For the Birds markers by the lagoon, along the dead end road to Little Beaver Island (area 5). The water beyond the road curve is the west branch of the Niagara River.

Topics. This historical marker is listed in these topic lists: Animals • Environment. A significant historical year for this entry is 2010. 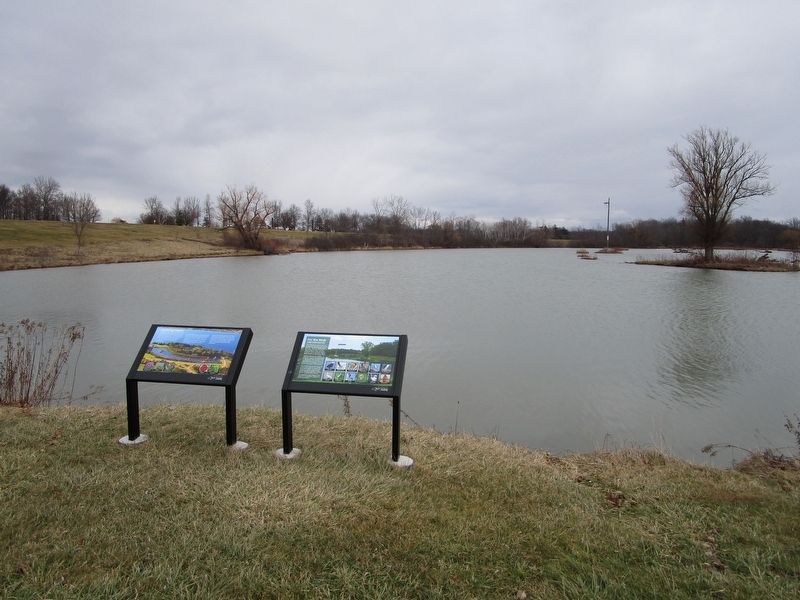 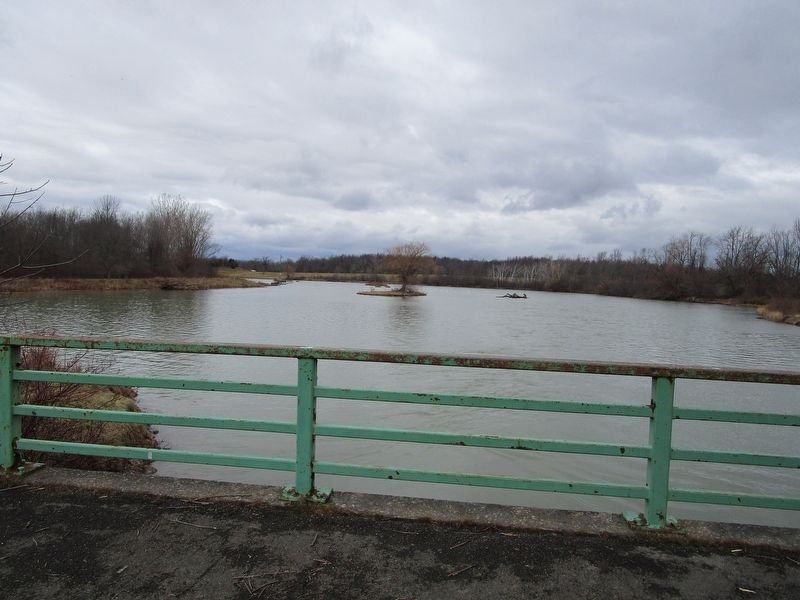