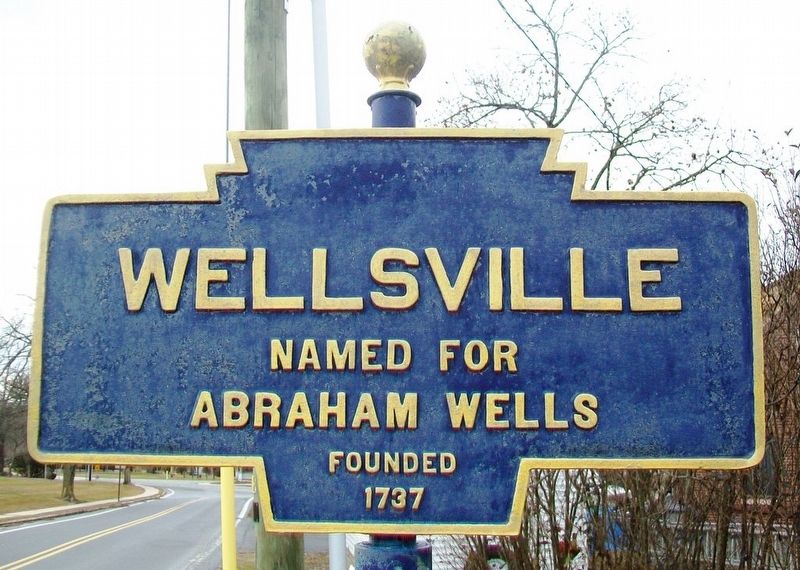 More about this marker. One of several identical town limit markers located around Wellsville. 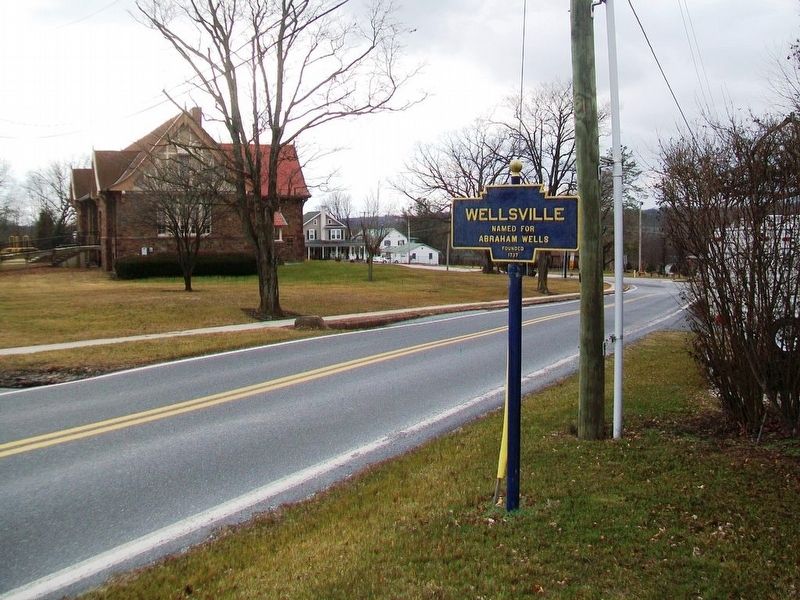