The Battle of West Point 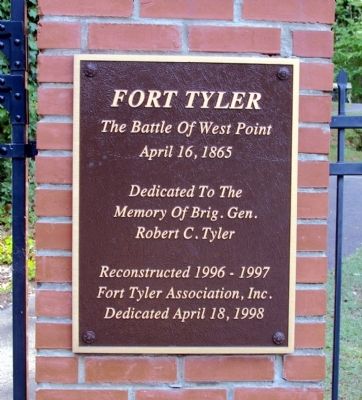 Dedicated to the memory of Brig. Gen. Robert C. Tyler

Topics. This historical marker is listed in this topic list: War, US Civil. A significant historical date for this entry is April 18, 1817.

Location. 32° 52.883′ N, 85° 11.15′ W. Marker is in West Point, Georgia, in Troup County. Marker is on 6th Avenue, 0 miles south of West 12th Street, on the right when traveling south. The marker is at the entrance gates to Fort Tyler, at the west edge of the parking lot on North 6th Avenue. Touch for map. Marker is in this post office area: West Point GA 31833, United States of America. Touch for directions.

Other nearby markers. At least 8 other markers are within one mile of this marker, measured as the crow flies. More Enduring Than Marble (within shouting distance of this marker); a different marker also named Fort Tyler (about 500 feet away, measured in a direct line); Battle of West Point (approx. 0.4 miles away); "Daughters of the Confederacy" (approx. 0.4 miles away); Gen. Robert C. Tyler, C.S.A. (approx. ¾ mile away); Fort Tyler Cemetery (approx. ¾ mile away); Tenth Street School 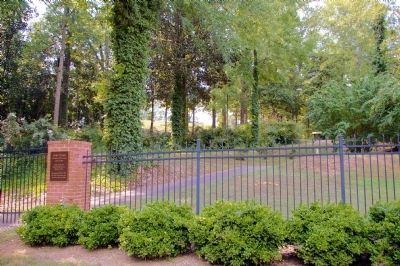 Photographed By David Seibert, September 18, 2010
2. Fort Tyler Marker
The site of the reconstructed Fort Tyler is at the top of the hill in the left-center of the photo.

Click or scan to see
this page online
(approx. one mile away); Lanier High School (approx. 1.1 miles away in Alabama). Touch for a list and map of all markers in West Point. 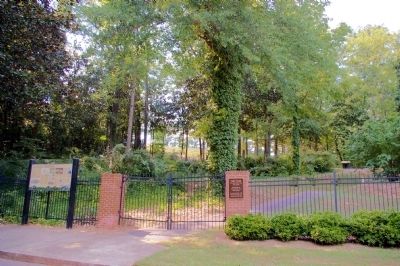