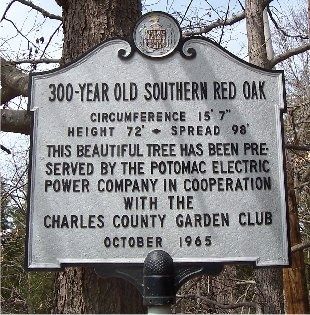 By M. A. Pimentel, March 29, 2008
1. 300 Year Old Southern Red Oak Marker
Inscription.
300 Year Old Southern Red Oak. Circumference 15’7”. This beautiful tree had been preserved by the Potomac Electric Power Company in cooperation with the Charles County Garden Club . This historical marker was erected in 1965. It is in Newburg in Charles County Maryland

Topics and series. This historical marker is listed in these topic lists: Environment • Landmarks • Natural Resources. In addition, it is included in the Historic Trees series list. 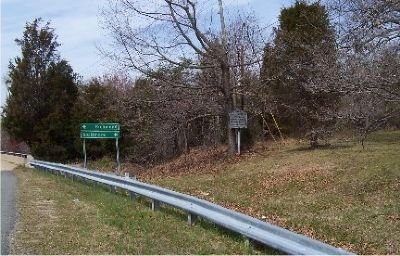 Regarding 300 Year Old Southern Red Oak. While the marker is in front of an oak tree, it appears the tree identified by the marker is no longer standing. It is neither clear what became of the tree, nor why the sign remained following its removal.

Additional comments.
1.
Note To Editor only visible by Contributor and editor
— Submitted March 29, 2008, by M. A. Pimentel of Waldorf, Maryland. 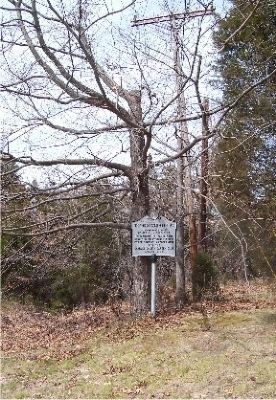 By M. A. Pimentel, March 29, 2008
3. The marker and an oak tree.
Note the width and height of the marked tree does not match that listed on the marker. 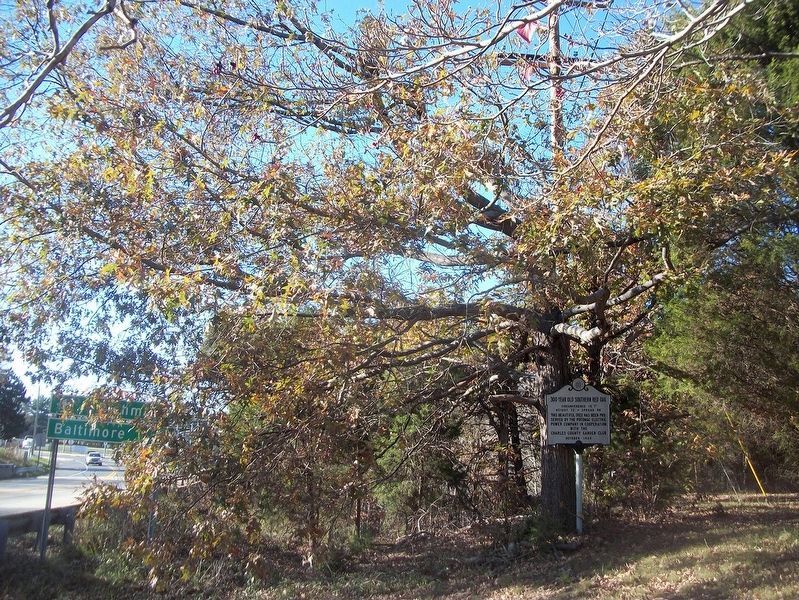 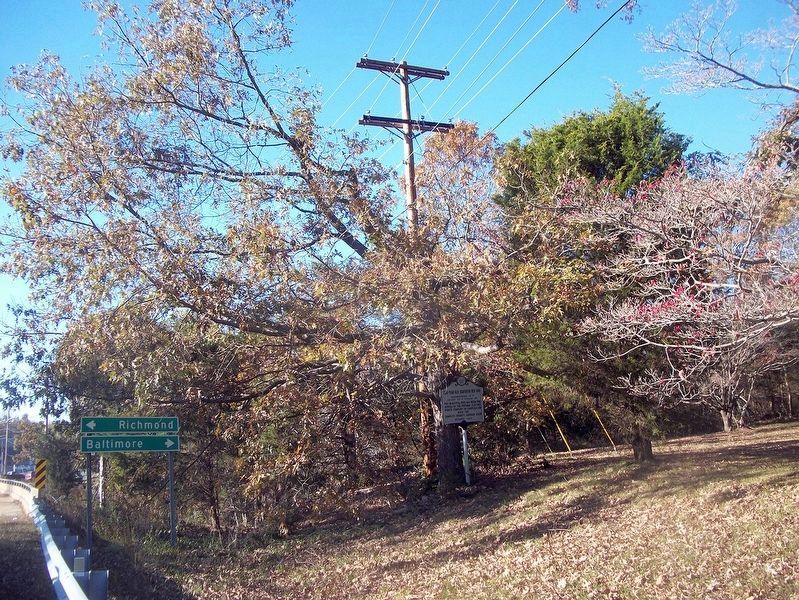