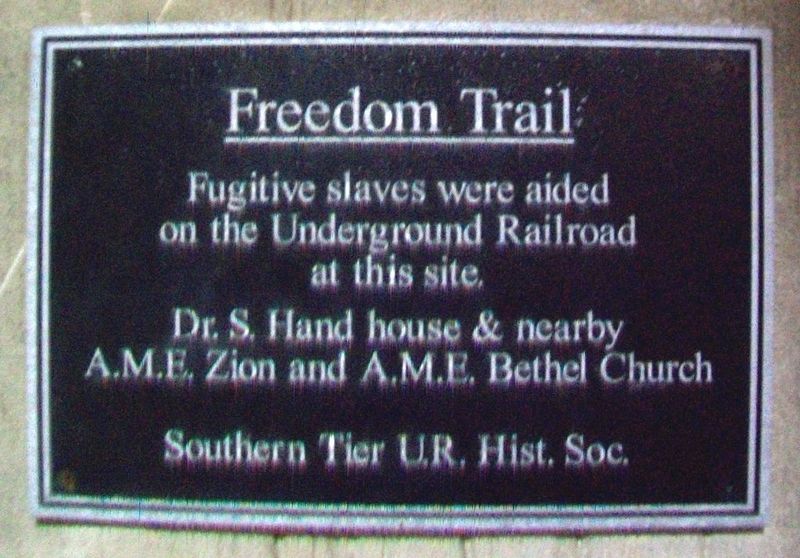 Dr. S. Hand house and nearby A.M.E. Zion and A.M.E. Bethel Church. . This historical marker was erected by Southern Tier Underground Railroad Historical Society. It is in Binghamton in Broome County New York

Fugitive slaves were aided
on the Underground Railroad
at this site.

Other nearby markers. At least 8 other markers are within walking distance of this marker. Universalist (about 600 feet away, measured in a direct line); Centenary Church (approx. 0.2 miles away); Chenango Canal (approx. 0.3 miles away); 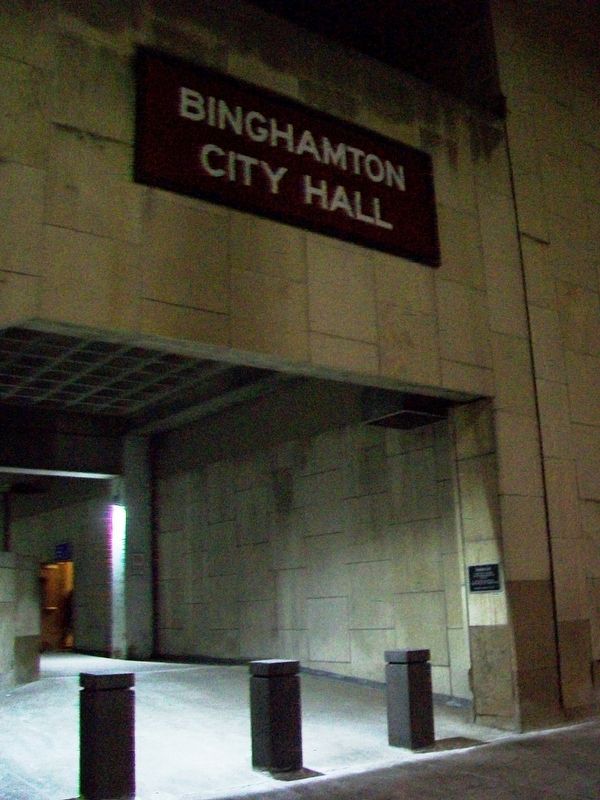 Editor’s want-list for this marker. Better close and distant photos of the marker • Can you help?
Share This Page.