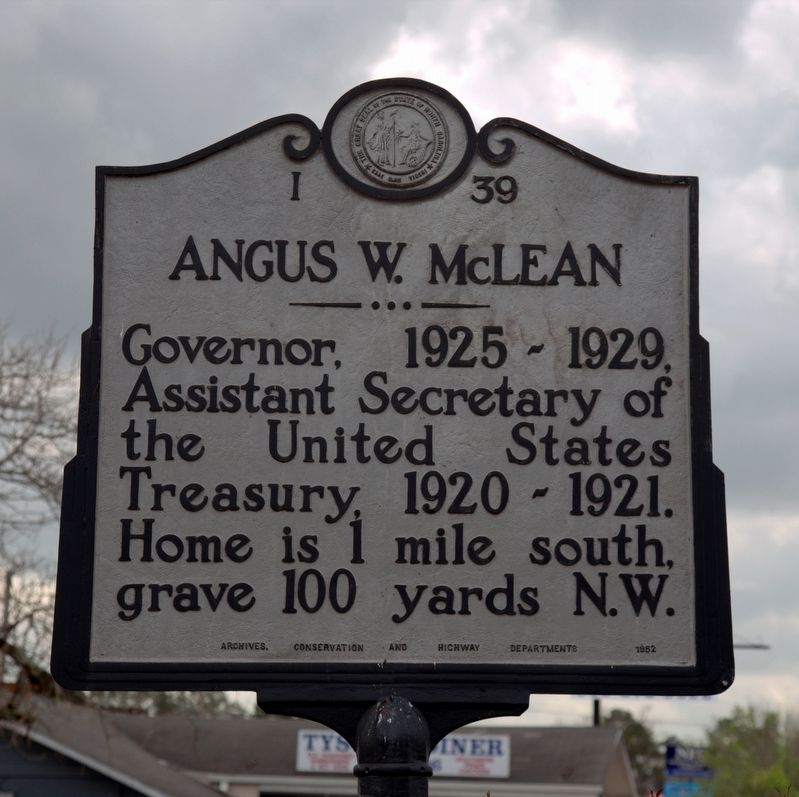 Erected 1852 by Archives, Conservation and Highway Departments. (Marker Number I-39.) 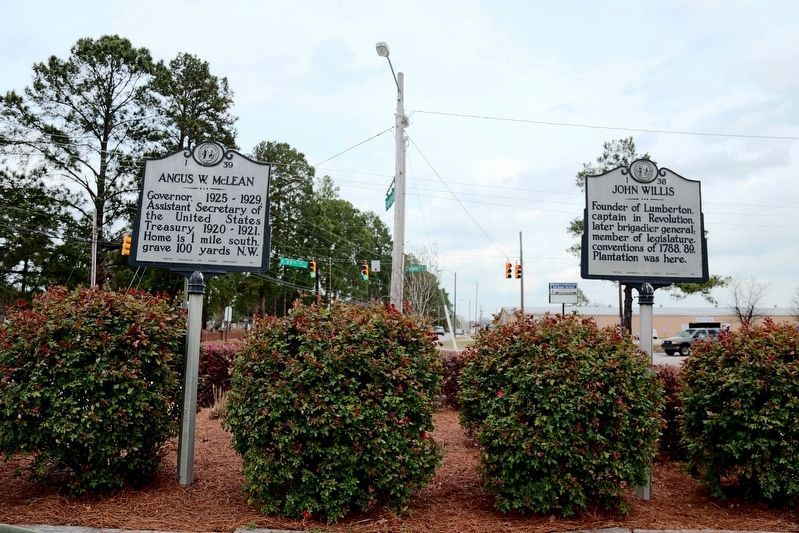 He was born in Robeson County, North Carolina and educated at the University of North Carolina at Chapel Hill, where he earned a law degree in 1892. McLean first entered politics in 1892, serving as the chairman of the Robeson County Democratic Executive Committee. A supporter of Woodrow Wilson, he was a delegate to Democratic National Conventions and sat on the Democratic National Committee. From 1918 to 1922 he served on the War Finance Corporation board, and from 1920 to 1921 he was the assistant secretary of the Treasury.

McLean secured the Democratic gubernatorial nomination in 1924 by defeating Josiah W. Bailey. During his tenure, an executive budget system was initiated; a department of conservation and development 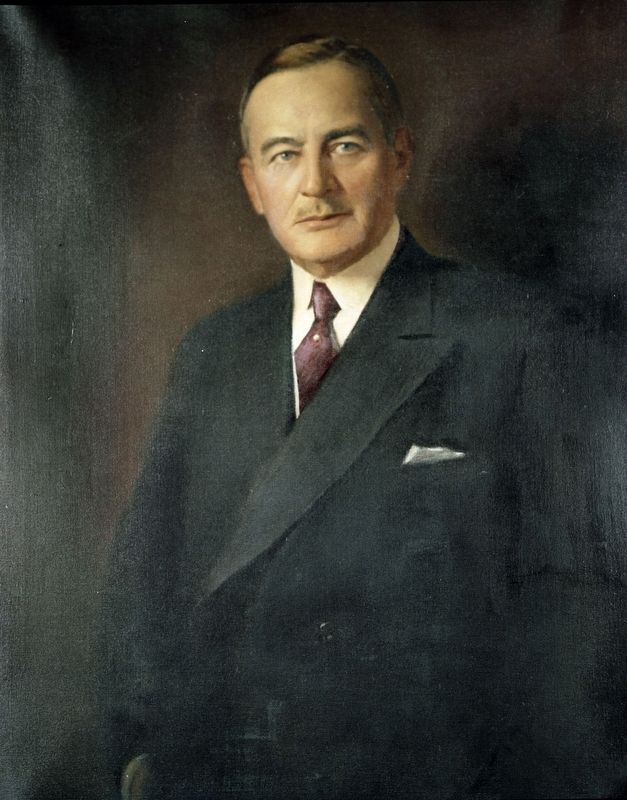