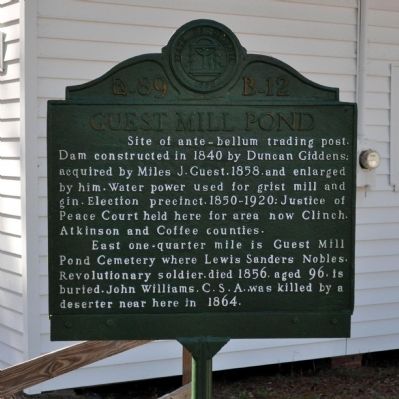 Topics and series. This historical marker is listed in these topic lists: Cemeteries & Burial Sites • Industry & Commerce • Settlements & Settlers • War, US Civil. In addition, it is included in the Georgia Historical Society, and the Works Progress Administration (WPA) projects series lists. A significant historical year for this entry is 1840. 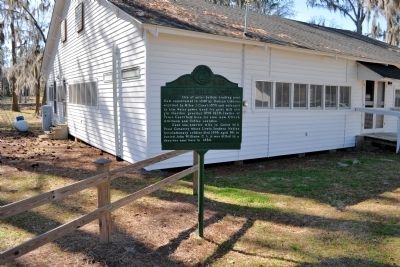 Click or scan to see
this page online
(Private), 0.1 miles west of Pearson Highway (Route 441), on the left when traveling west. The marker is located at the end of Guest Mill Pond Road, a private, gated road not open to the public. Touch for map. Marker is in this post office area: Homerville GA 31634, United States of America. Touch for directions.

More about this marker. The marker was erected in the late 1930s. 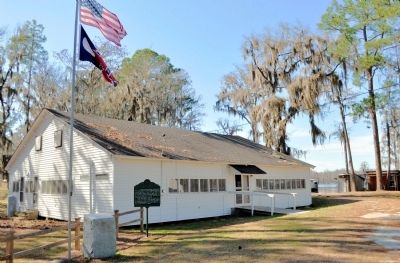