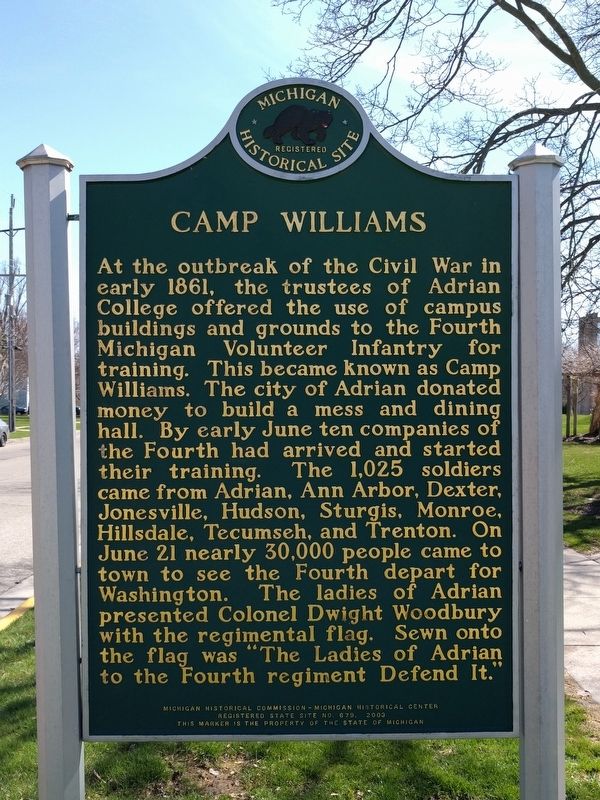 Camp Williams
At the outbreak of the Civil War in early 1861, the trustees of Adrian College offered the use of campus buildings and grounds to the Fourth Michigan Volunteer Infantry for training. This became known as Camp Williams. The city of Adrian donated money to build a mess and dining hall. By early June ten companies of the Fourth had arrived and started their training. The 1,025 soldiers came from Adrian, Ann Arbor, Dexter, Jonesville, Hudson, Sturgis, Monroe, Hillsdale, Tecumseh, and Trenton. On June 21 nearly 30,000 people came to town to see the Fourth depart for Washington. The ladies of Adrian presented Colonel Dwight Woodbury with the regimental flag. Sewn into the flag was "The Ladies of Adrian to the Fourth regiment Defend It."

Fourth Michigan volunteer Infantry
In spring 1861 the Fourth Michigan Volunteer Infantry departed Adrians' Camp Williams for service in the Civil War. The regiment was assigned to the Army of the Potomac and saw action in forty-one engagements, including Gaines Mills, Fredericksburg, Chancellorsville, and Petersburg. The Fourth was one of the few regiments to lose 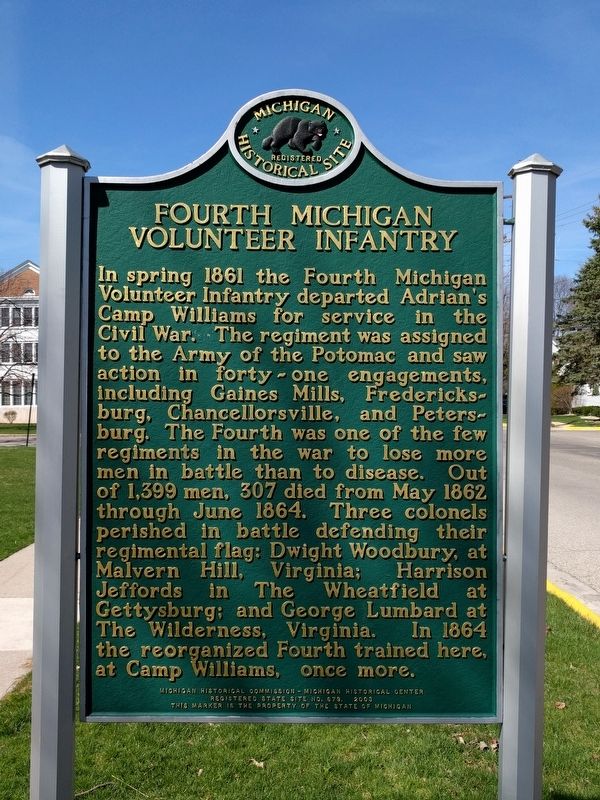 Click or scan to see
this page online
more men in battle than from disease. Out of 1,399 men, 307 died from May 1862 through June 1864. Three colonels died in battle defending their regimental flag: Dwight Woodbury, at Malvern Hill, Virginia; Harrison Jeffords in The Wheatfield at Gettysburg; and George Lumbard at The Wilderness, Virginia. In 1864 the reorganized Fourth trained here, at Camp Williams, once more.

Topics and series. This historical marker is listed in this topic list: War, US Civil. In addition, it is included in the Michigan Historical Commission series list. A significant historical month for this entry is May 1862. 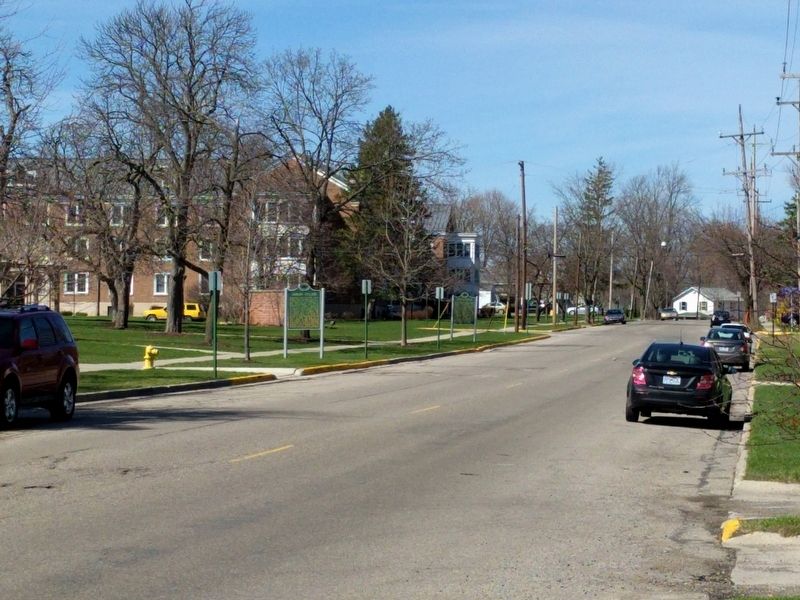