US Flag Raised over Pawnee Republic 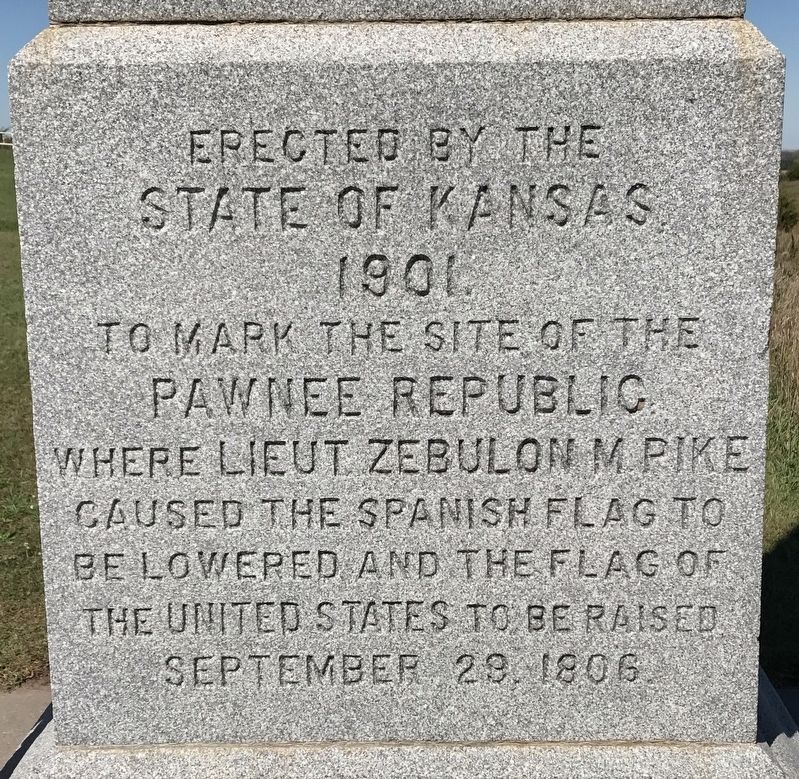 Erected by the State of Kansas 1901 To mark the site of the Pawnee Republic where Lieut. Zebulon M. Pike caused the Spanish flag to be lowered and the flag of the United States to be raised September 29, 1806

Location. 39° 54.497′ N, 97° 51.653′ W. Marker is near Republic, Kansas, in Republic County. Marker can be reached from Pawnee Trail. Adjacent to the Pawnee Indian Museum State Historic Site. Touch for map. Marker is at or near this postal address: 480 Pawnee Trail, Republic KS 66964, United States of America. Touch for directions.

Regarding US Flag Raised over Pawnee Republic. More information can be found in this 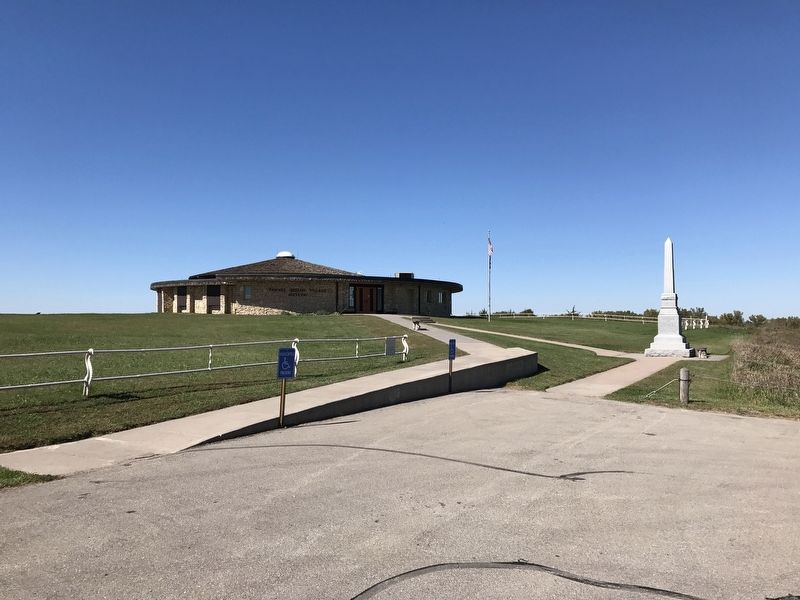 By Jay Sandhaus, October 7, 2016
2. Marker placement outside the Pawnee Indian Museum
book, which contains an account of the day the monument was dedicated, including several speeches:

The account begins on page 261, in the chapter ‘Kansas and the Flag’. The President of the Pawnee Republic Historical Society had this to say at the dedication:

We meet on this historic spot, this hall of fame, to place a tablet to the memory of one of our early heroes, and to dedicate these grounds to the cause of freedom, to which he gave his young life; to perpetuate the record of one of the greatest peaceful victories of our history, a victory only possible by the rare judgment, tact and personality of the gallant young officer, Zebulon M. Pike. History places him on these grounds, over which floated the flag of one of the greatest nations of the world, surrounded by hundreds of warriors who recognized the sovereignty of that flag, while he, with a little band of travel-stained and weary men, demanded the lowering of the flag of Spain and substituting the stars and stripes. Incredible as it may seem, this demand was complied with, and on September 29, 1806, Kansas breezes were called upon for the last time to unfurl that flag which has floated over more of misery, more of oppression, more of treachery, than any emblem ever designed by man.