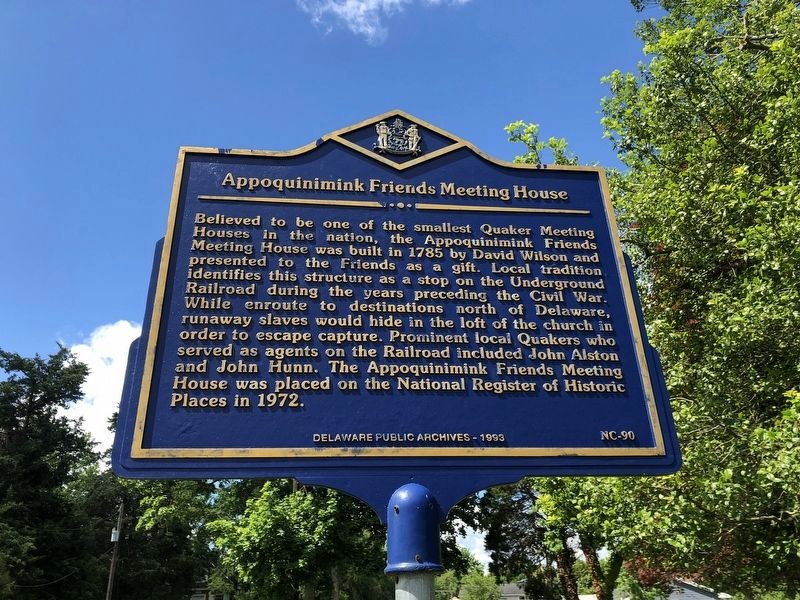 Believed to be one of the smallest Quaker Meeting Houses in the nation, the Appoquinimink Friends Meeting House was built in 1785 by David Wilson and presented to the Friends as a gift. Local tradition identifies this structure as a stop on the Underground Railroad during the years preceding the Civil War. While enroute to destinations north of Delaware, runaway slaves would hide in the loft of the church in order to escape capture. Prominent local Quakers who served as agents on the Railroad included John Alston and John Hunn. The Appoquinimink Friends Meeting House was placed on the National Register of Historic Places in 1972.

Topics and series. This historical marker is listed in these topic lists: Abolition & Underground RR • African Americans • Churches & Religion. In addition, it is included in the Delaware Public Archives, and the Quakerism ⛪ series lists. A significant historical year for this entry is 1785. 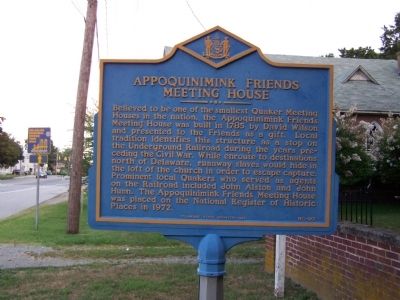 By William Pfingsten, August 10, 2008
2. Appoquinimink Friends Meeting House Marker
This is a previous iteration of the marker. While the information is identical, the formatting is slightly different. Additionally, the background blue color is of a lighter shade than the current version.

Click or scan to see
this page online
is in Odessa, Delaware, in New Castle County. Marker is on Main Street 0.1 miles west of US 13 South, on the right when traveling east. Touch for map. Marker is in this post office area: Odessa DE 19730, United States of America. Touch for directions. 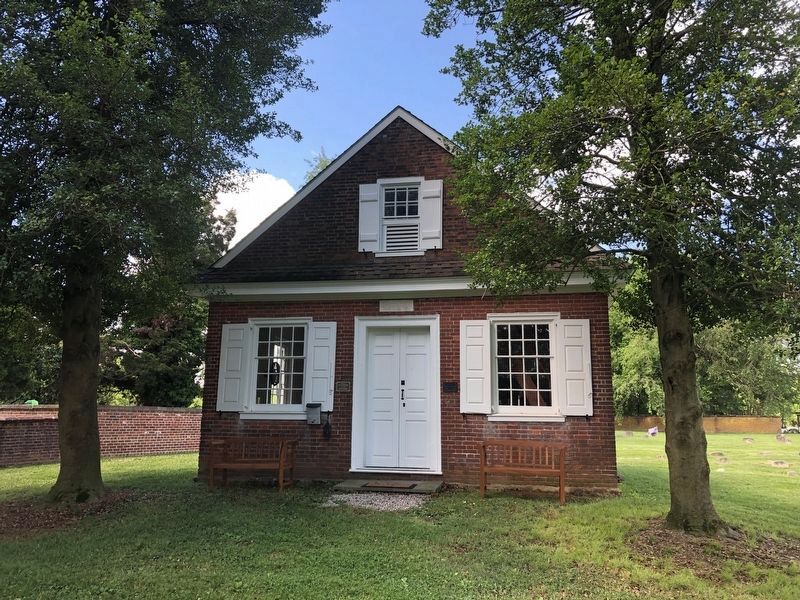 By Devry Becker Jones, May 31, 2021
3. Appoquinimink Friends Meeting House Marker
Meeting House sits back off the road in a grove of trees. 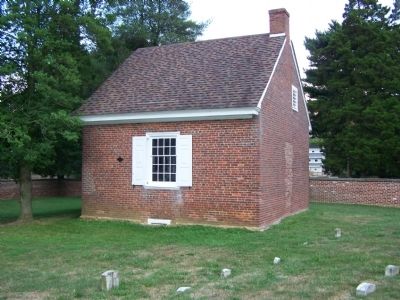 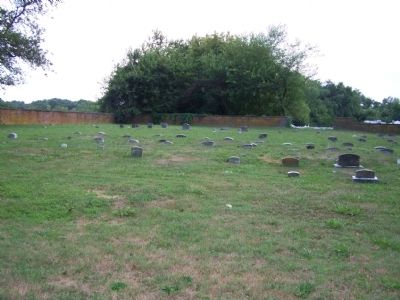 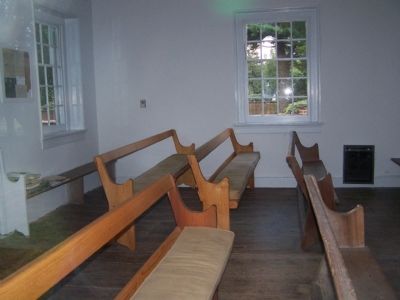