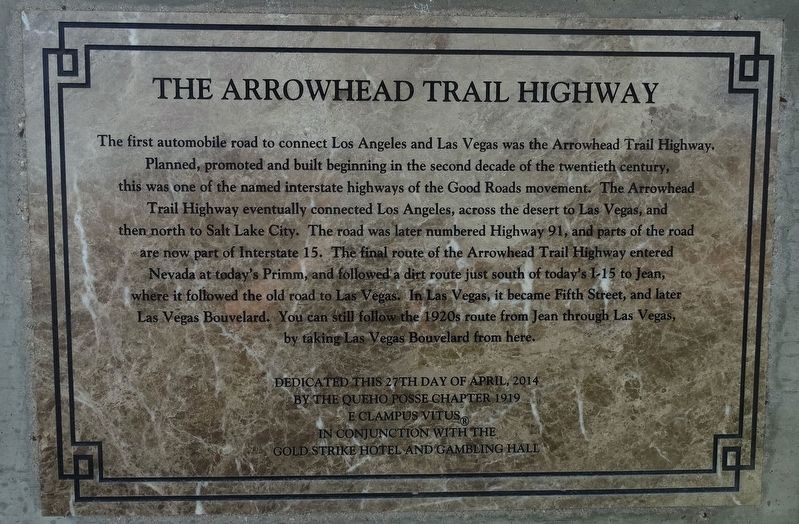 The first automobile road to connect Los Angeles and Las Vegas was the Arrowhead Trail Highway. Planned, promoted and built beginning in the second decade of the twentieth century, this was one of the named interstate highways of the Good Roads movement. The Arrowhead Trail Highway eventually connected Los Angeles, across the desert to Las Vegas, and the north to Salt Lake City. The road was later numbered Highway 91, and parts of the road are now part of Interstate 15. The final route of the Arrowhead Trail Highway entered Nevada at today's Primm, and followed a dirt route just south of today's 1-15 to Jean, where it followed the old road to Las Vegas. In Las Vegas, it became Fifth Street, and later Las Vegas Bouvelard. You can still follow the 1920s route from Jean through Las Vegas, by taking Las Vegas Bouvelard from here.

Topics and series. This historical marker is listed in this topic list: Roads & Vehicles. In addition, it is included in the E Clampus Vitus series list. 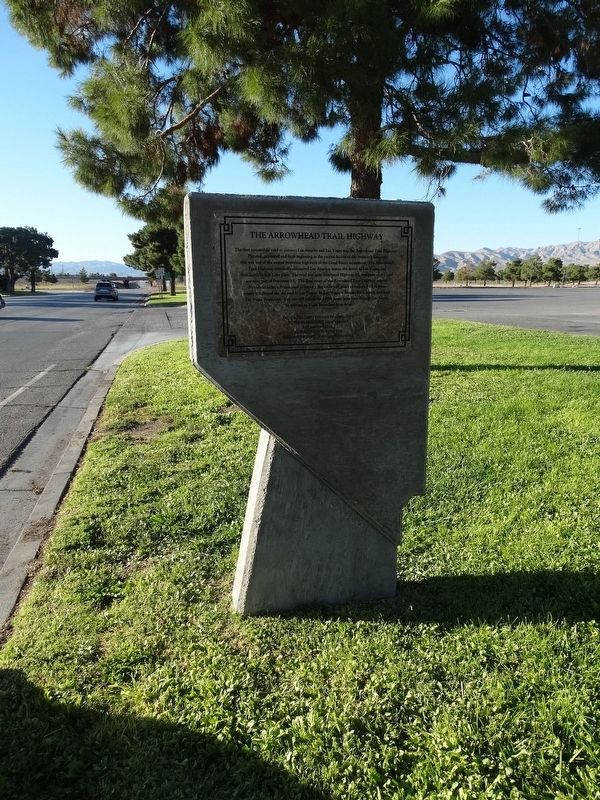 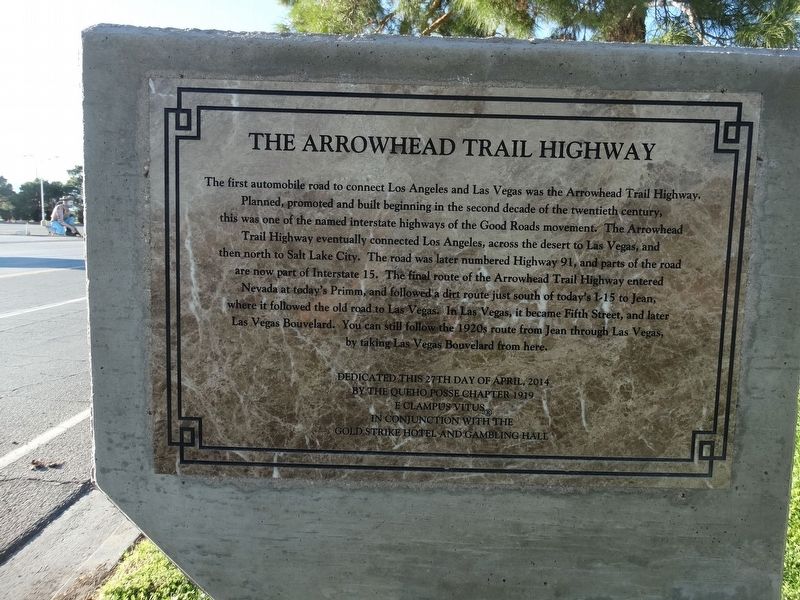