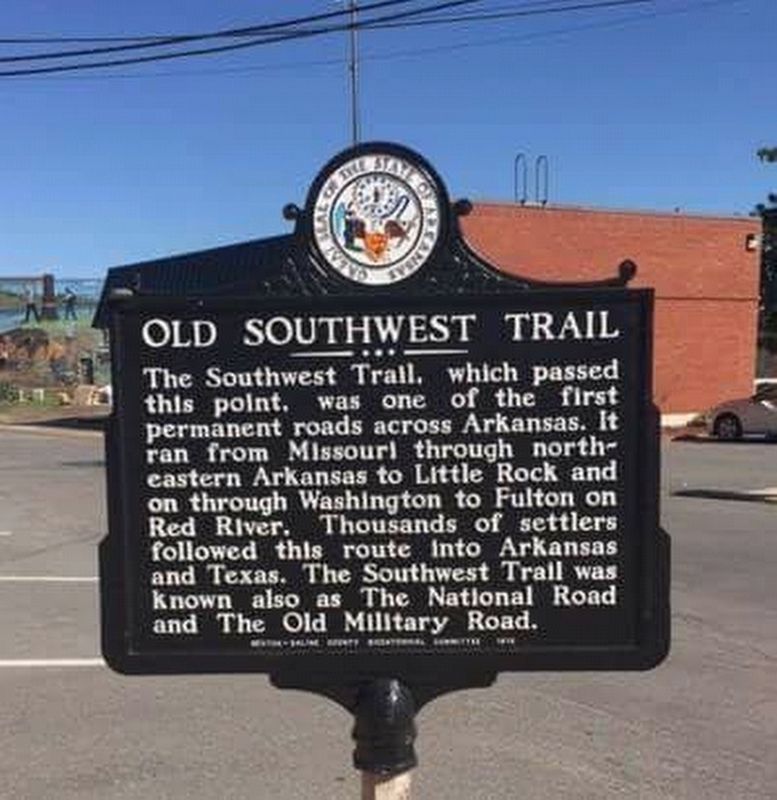 The Southwest Trail, which passed this point, was one of the first permanent roads across Arkansas. It ran from Missouri through northeastern Arkansas to Little Rock and on through Washington to Fulton on Red River. Thousands of settlers followed this route into Arkansas and Texas. The Southwest Trail was known as The National Road and The Old Military Road. 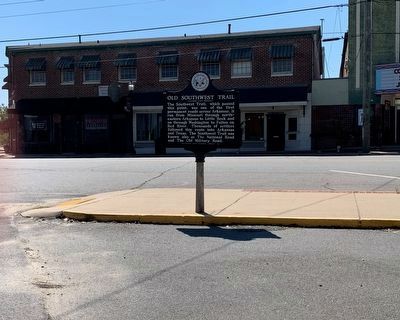