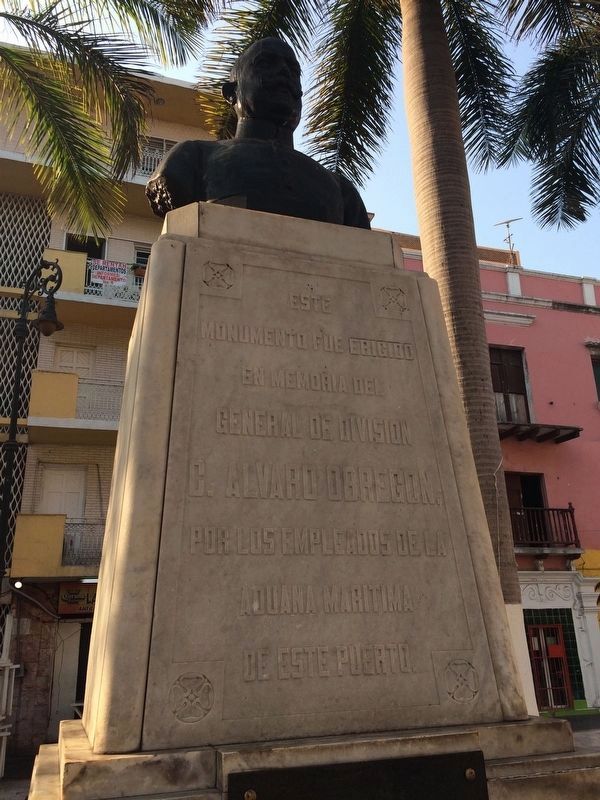 English translation:
This monument was erected in memory of the
Major General
C. Álvaro Obregón,
by the employees of the Maritime Customs Office of this port.
1929 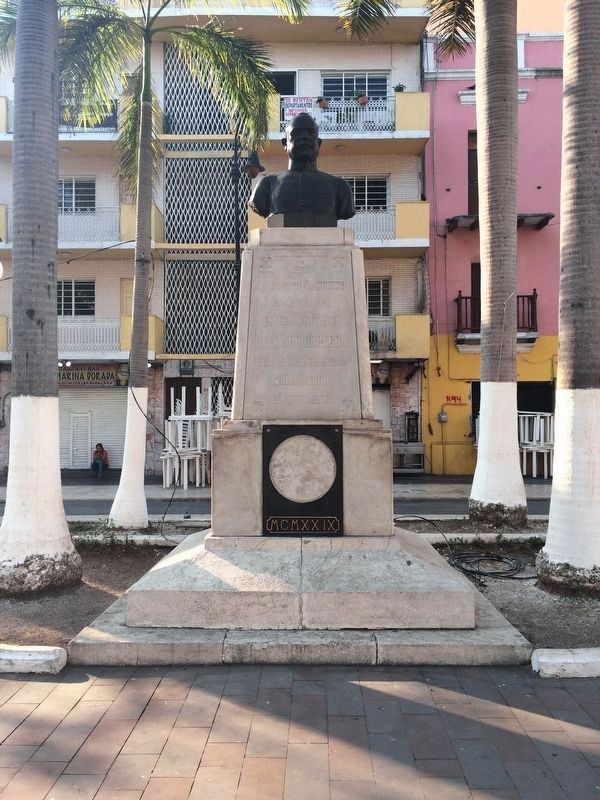 Photographed By J. Makali Bruton, March 24, 2017
2. Major General Álvaro Obregón Marker
Interestingly, Obregón lost his right arm at the Battle of Celaya in 1915 against Pancho Villa. The bust on the monument potentially was chosen to downplay his injury.

Regarding Major General Álvaro Obregón. Álvaro Obregón Salido (b. February 19, 1880 – d. July 17, 1928) was a general in the Mexican Revolution, who became President of Mexico from 1920 to 1924. He supported Venustiano Carranza as leader of the revolution against the Huerta regime. Carranza appointed Obregón commander of the revolutionary forces in northwestern Mexico and in 1915 appointed him as his minister of war. In that same year his forces defeated Pancho Villa in the Battle of Celaya, although Obregón lost an arm during the fighting. In 1920, Obregón launched a revolt against Carranza, in which Carranza was assassinated; he won the subsequent election with overwhelming support. Obregón's presidency was the first stable presidency 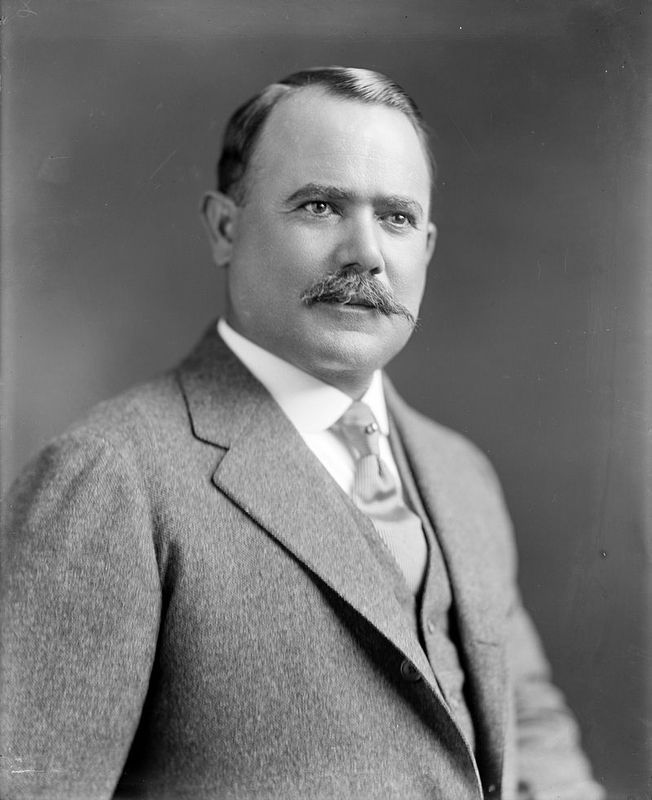 3. President and Major General Álvaro Obregón
This photo from between 1905-1928 is from the Library of Congress.
since the Revolution began in 1910. He oversaw massive educational reform, moderate land reform, and labor laws sponsored by the increasingly powerful Regional Confederation of Mexican Workers. In August 1923, he signed the Bucareli Treaty that clarified the rights of the Mexican government and U.S. oil interests and brought U.S. diplomatic recognition to his government. In 1923–24, Obregón's finance minister, Adolfo de la Huerta, launched a rebellion in part protesting the Bucareli Treaty; Obregón returned to the battlefield to crush the rebellion. In his victory, he was aided by the United States with arms and 17 U.S. planes that bombed de la Huerta's supporters. In 1924, Obregón's fellow Northern revolutionary general and hand-picked successor, Plutarco Elías Calles, was elected president, and although Obregón ostensibly retired to Sonora, he remained influential under Calles. Having pushed through constitutional reform to once again make reelection possible, Obregón won the 1928 election, but was assassinated by José de León Toral, a Mexican offended by the government's anti-religious laws, before he could begin his second term. Adapted from Wikipedia
This monument was erected only one year after Obregón's assassination in 1928.
Credits. This page was last revised on June 13, 2017. It was originally submitted on June 13, 2017, by J. Makali Bruton of Querétaro, Mexico. This page has been viewed 171 times since then and 20 times this year. Photos:   1, 2, 3. submitted on June 13, 2017, by J. Makali Bruton of Querétaro, Mexico.
Share this page.