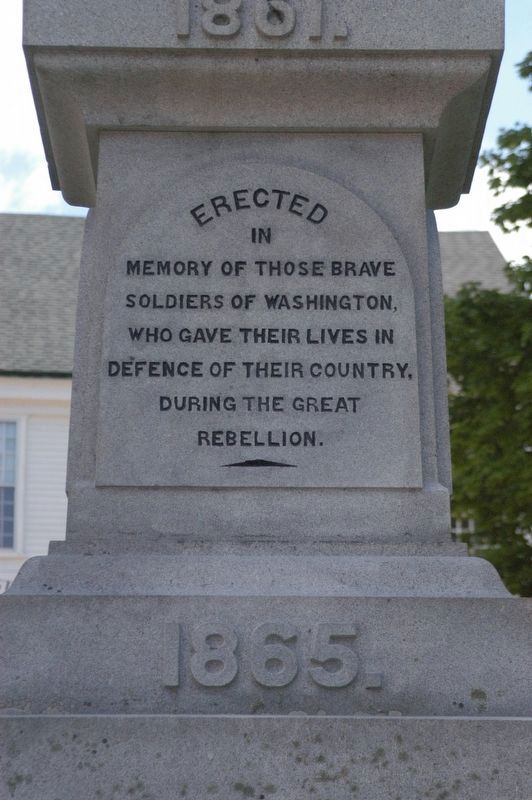 1861-1865
Erected in memory of those brave soldiers of Washington who gave their lives in the defense of their country, during the great rebellion.

Location. 43° 10.563′ N, 72° 5.77′ W. Marker is in Washington, New Hampshire, in Sullivan County. Memorial is at the intersection of S. Main Street (New Hampshire Route 31) and Halfmoon Pond Road, in the median on S. Main Street. Memorial is located in the town square as you enter town. Touch for map. Marker is in this post office area: Washington NH 03280, United States of America. Touch for directions. 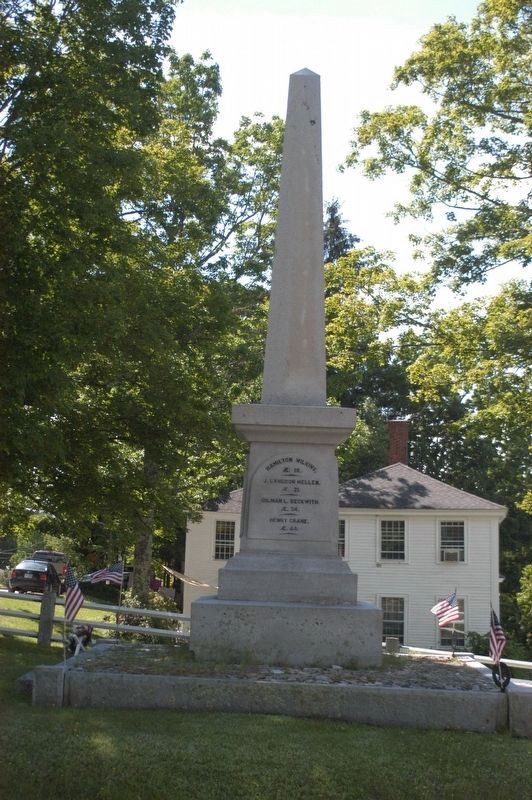