Site of a Tavern 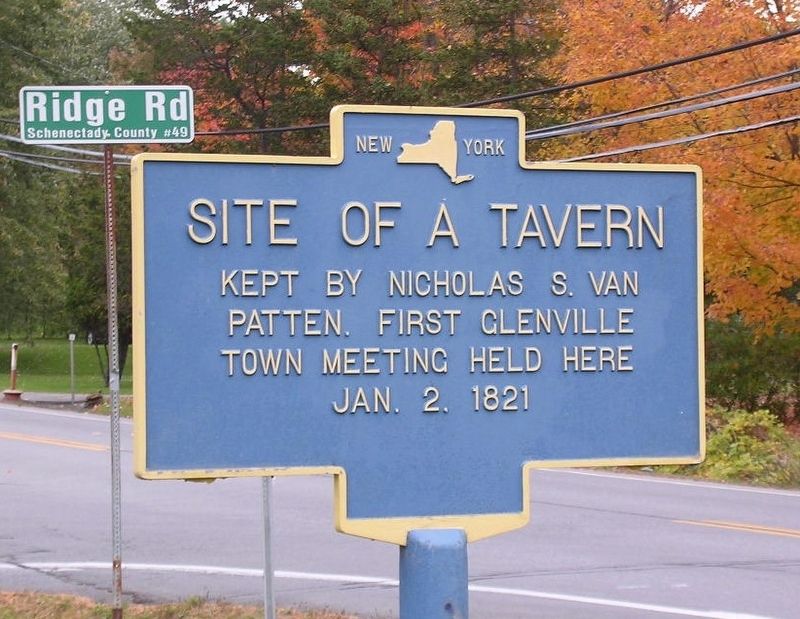 Location. 42° 51.62′ N, 73° 58.879′ W. Marker is in Glenville, New York, in Schenectady County. Marker is at the intersection of Sacandaga Road (New York State Route 147) and Ridge Road (County Route 49), on the right when traveling south on Sacandaga Road. Marker is between the Stewart's shop and the roadway. Touch for map. Marker is at or near this postal address: 571 Sacnadaga Road, Schenectady NY 12302, United States of America. Touch for directions. 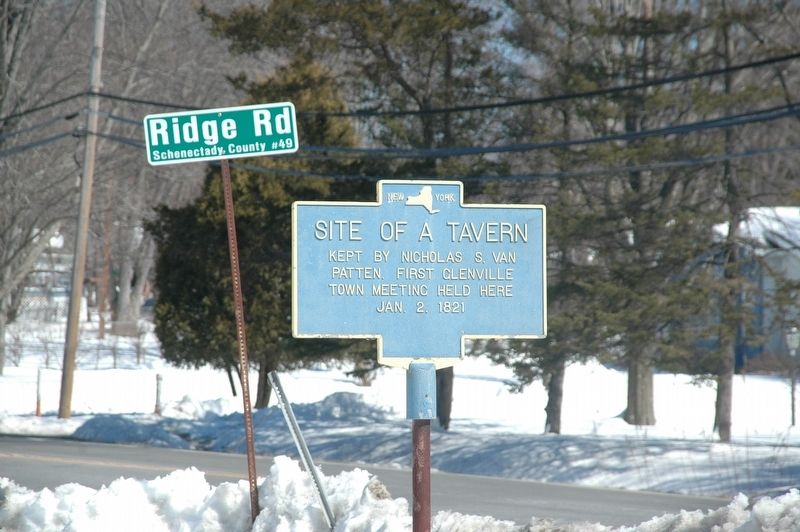 "The first Glenville Town Board meeting was held at the tavern of Nicholas S. Van Patten on the first Tuesday of January 1821. This inn, known as "Lower Nicky's" was located on the corner of Sacandaga and Ridge Roads. At this meeting town officers were chosen. The only other business conducted at the organizational meeting was the appointment of an overseer for each of the 30 highway districts into which the town was divided." 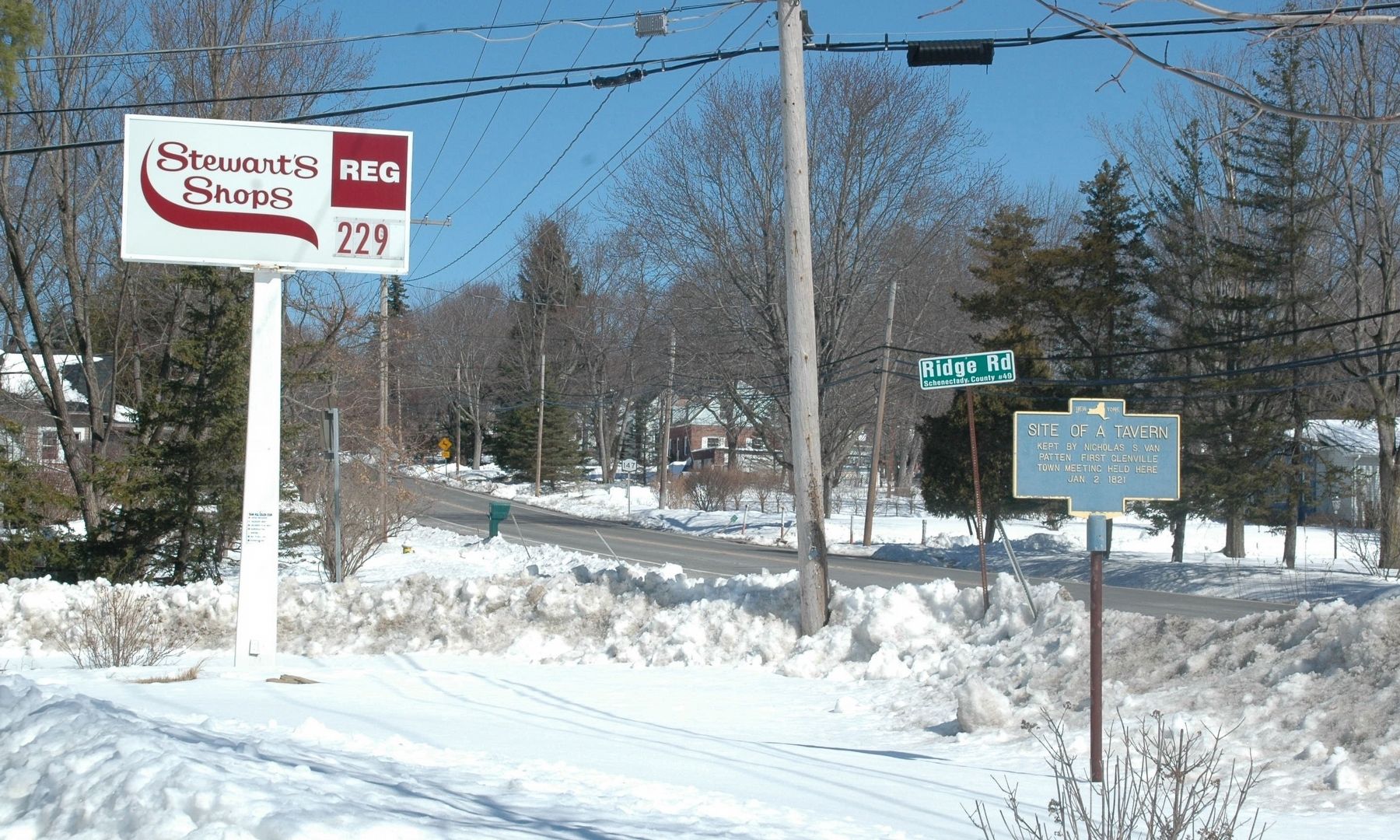