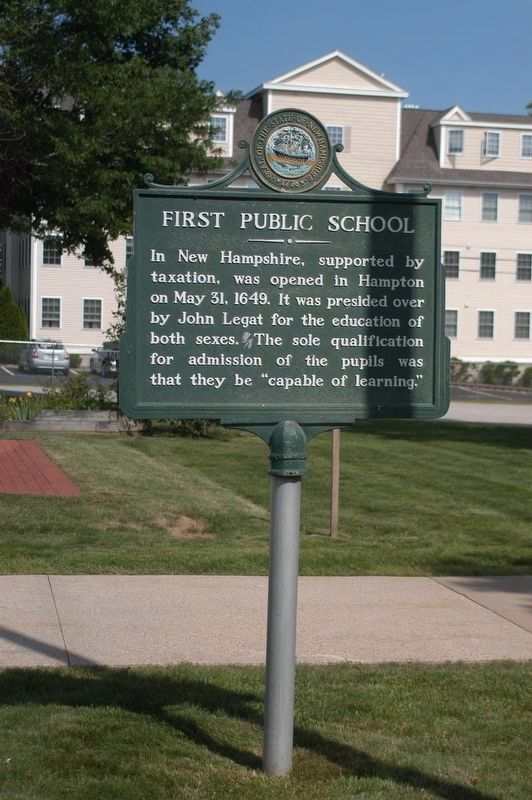 First Public School in New Hampshire, supported by taxation, was opened in Hampton on May 31, 1649. It was presided over by John Legat for the education of both sexes. The sole qualification for admission of the pupils was that they be “capable of learning.”

Erected by The State of New Hampshire.

Topics. This historical marker is listed in these topic lists: Colonial Era • Education. A significant historical date for this entry is May 31, 1649. 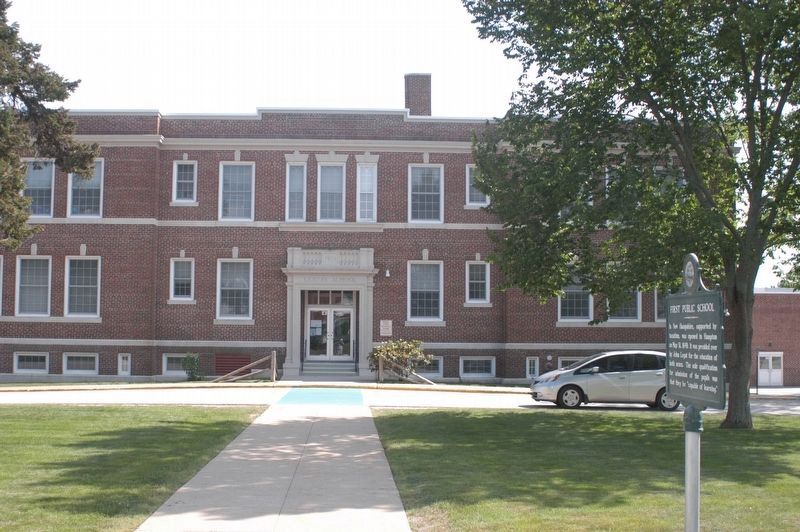