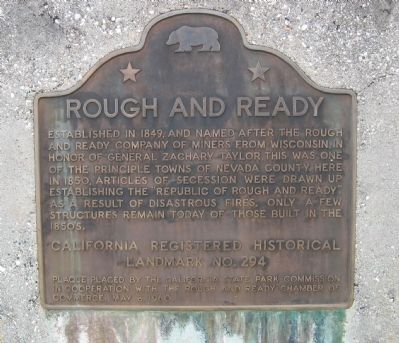 Established in 1849 and named in honor of General Zachary Taylor, after the Rough and Ready Company of miners from Wisconsin, this was one of the principal towns of Nevada County. In 1850, articles of secession were drawn up establishing the 'Republic of Rough and Ready.' As a result of disastrous fires, only a few structures remain today that were built in the 1850s.

Erected 1960 by California State Park Commission in cooperation with the Rough and Ready Chamber of Commerce (May 8, 1960). (Marker Number 294.)

Topics and series. This historical marker is listed in these topic lists: Landmarks • Notable Events • Notable Places. In addition, it is included in the California Historical Landmarks, and the Former U.S. Presidents: #12 Zachary Taylor series lists. A significant historical year for this entry is 1849.

Location. 39° 13.763′ N, 121° 8.329′ W. Marker is in Rough and Ready, California, in Nevada County. Marker is at the intersection of Rough and Ready Highway and Mountain Rose Road, on the right when traveling west on Rough 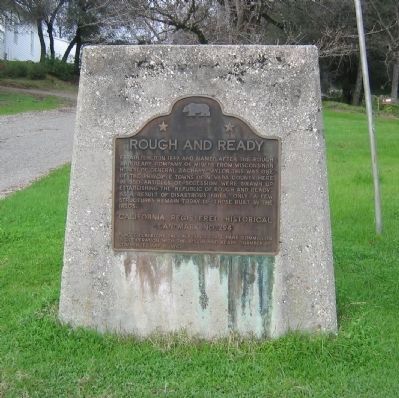 Click or scan to see
this page online
and Ready Highway. Touch for map. Marker is in this post office area: Rough and Ready CA 95975, United States of America. Touch for directions.

Regarding Rough and Ready. This site is a California Registered Historical Landmark (No. 294).

Also see the nearby Republic of Rough and Ready and Fippin's Blacksmith Shop markers. 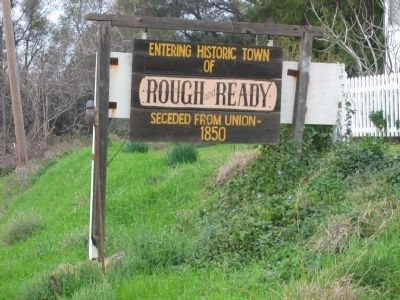 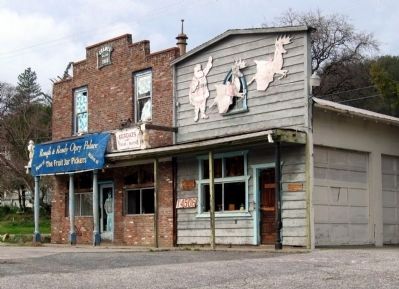 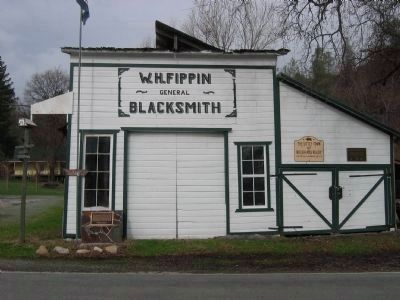