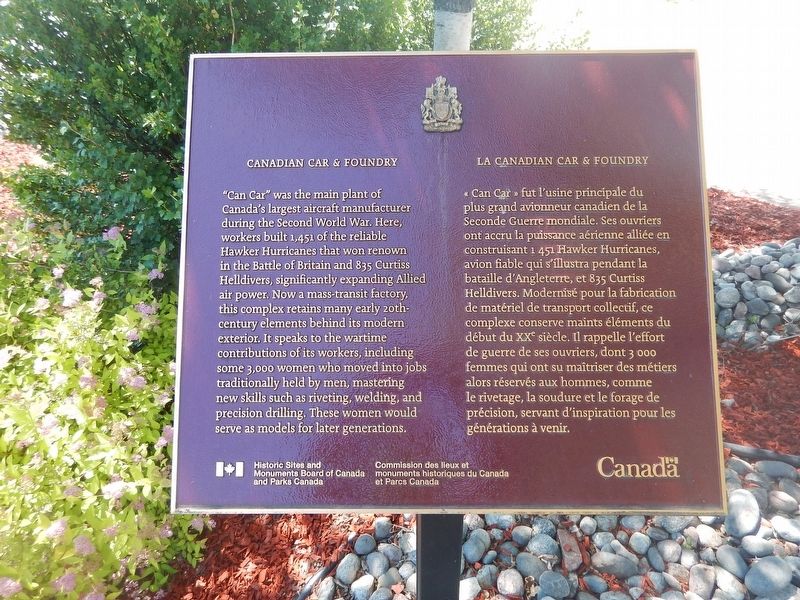 "Can Car" was the main plant of Canada's largest aircraft manufacturer during the Second World War. Here, workers built 1,451 of the reliable Hawker Hurricanes that won renown in the battle of Britain and 835 Curtiss Helldivers, significantly expanding Allied air power. Now a mass-transit factory, this complex retains many early 20th-century elements behind its modern exterior. It speaks to the wartime contributions of its workers, including some 3,000 women who moved into jobs traditionally held by men, mastering new skills such as riveting, welding, and precision drilling. These women would serve as models for later generations. 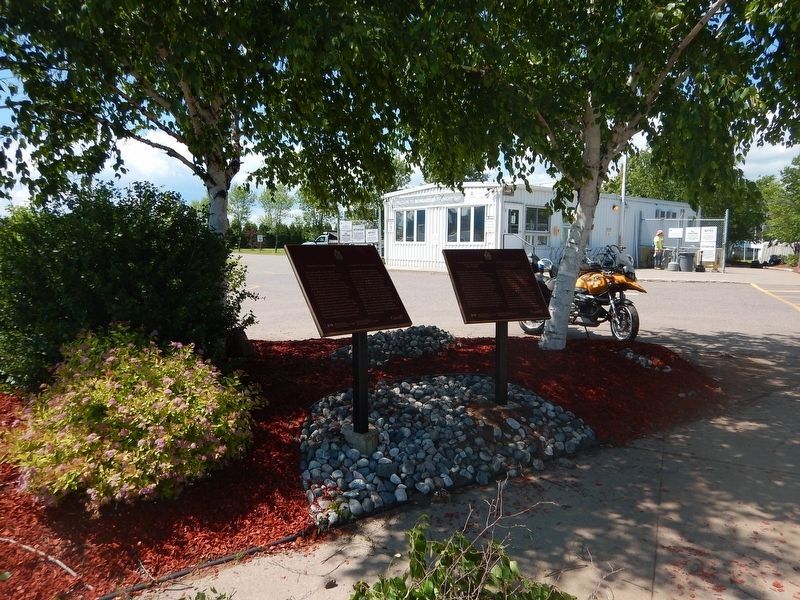