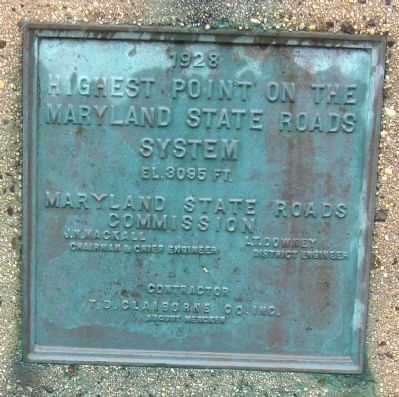 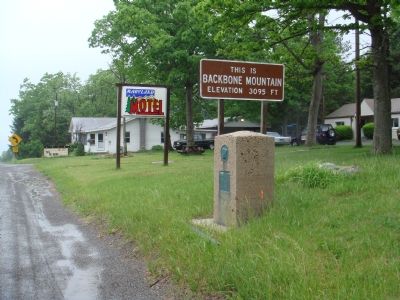 Regarding Highest Point on the Maryland State Roads System. Marker is on U.S. Route 50, where it crests Backbone Mountain. Backbone Mountain is the highest mountain in Maryland and its highest point in the state, Hoye-Crest, is 3360 feet above sea level.

Additional commentary.
1. The Free State Monument
August Mencken Jr., the brother of journalist H.L. Mencken, who was leading a road crew widening U.S. Route 50 erected this monument at his own expense in 1928, for about $30. The bronze plaques include the Mencken coat of arms, and the State Roads Commission Seal with the slogan "Maryland Free State." The expression "Maryland Free State" commemorates Maryland's refusal to pass enabling legislation during Prohibition. When Congressman Upshaw of Georgia declared in 1923 that such a refusal was traitorous, a never published Baltimore Sun editorial entitled "The Maryland Free State" suggested (facetiously) 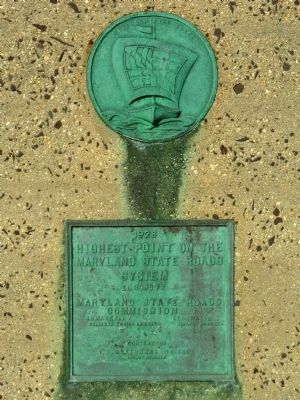 By Allen C. Browne, December 29, 2011
3. Highest Point on the Maryland State Roads System Marker
that Maryland should secede rather than submit to Prohibition. H. L. Mencken took up the battle cry and did much to popularize the nickname "Free State". This memorial is said to be only memorial to the "Free State" of Maryland. (for a reprint of a 1954 Baltimore Sun article on this marker by John C. Schmidt see The Glades Star, Vol. 6, No. 6, Dec. 2000)
— Submitted October 4, 2013, by Allen C. Browne of Silver Spring, Maryland. 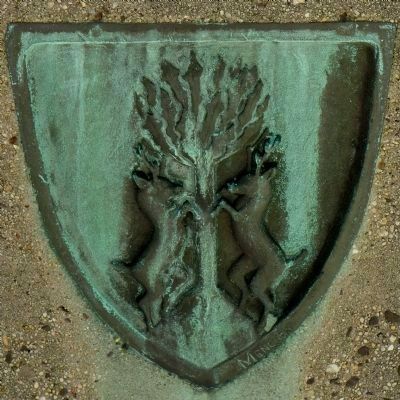 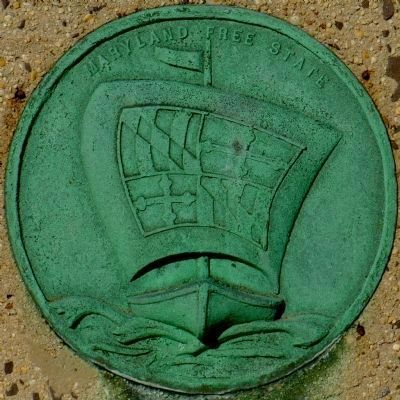