Adalbert Stifter and the Solar Eclipse 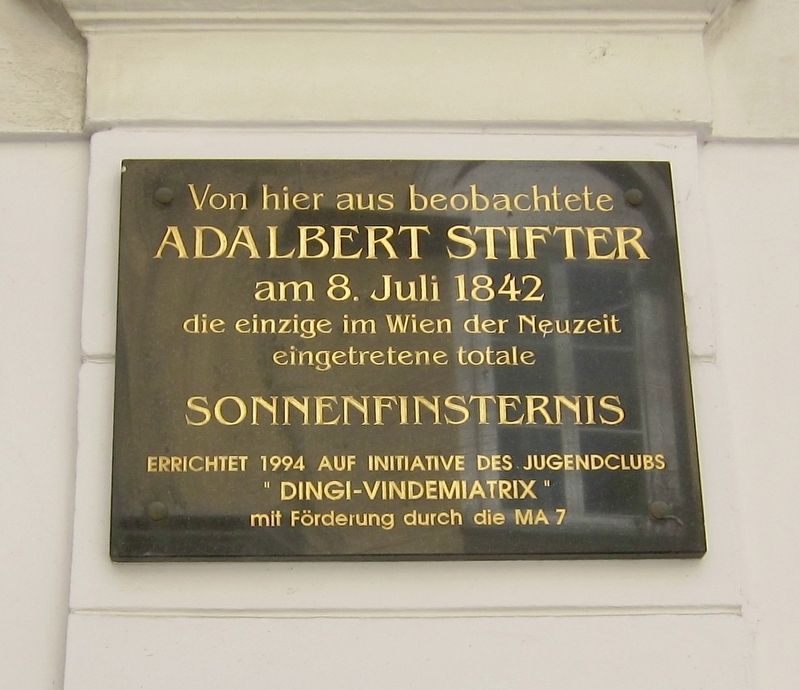 Photographed By Andrew Ruppenstein, June 15, 2017
1. Adalbert Stifter Marker
Inscription.
[English translation:] On July 8, 1842, Adalbert Stifter observed the only total solar eclipse seen in Vienna in modern times from here., Installed in 1994 on the initiative of the Dingi-Vindiemiatrix youth group, with the support of the MA7. . This historical marker was erected in 1994 by Dingi-Vindemiatrix. It is in Stephansdom in Vienna Austria