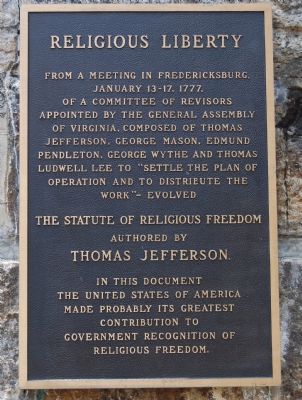 (Front) From a meeting in Fredericksburg, January 3-17, 1777, of a Committee of Revisors appointed by the General Assembly of Virginia, composed of Thomas Jefferson, George Mason, Edmund Pendleton, George Wythe and Thomas Ludwell Lee to “settle the plan of operation and to distribute the work” evolved The Statute of Religious Freedom authored by Thomas Jefferson in the document the United States of America made probably its greatest contribution to government recognition of religious freedom.

(Rear) This memorial marks the site of a celebration on October 16, 1932, by representatives of the leading religious faiths in America, commemorative of the religious character of George Washington, whose boyhood home was Fredericksburg; and of the separation of church and state, as the Virginia “Bill for Establishing Religious Freedom” was outlined by a committee consisting of Thomas Jefferson, George Mason, Edmund Pendleton, George Wythe and Thomas Ludwell Lee which met in this city on January 13, 1777. 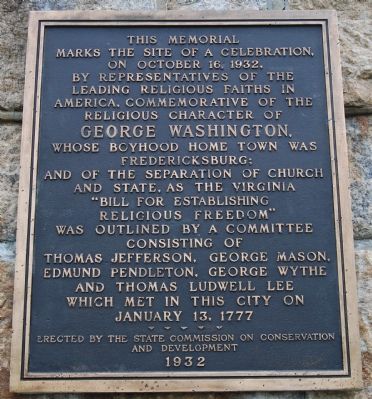 Click or scan to see
this page online
on Conservation and Development.

Topics and series. This historical marker is listed in these topic lists: Churches & Religion • Civil Rights • Government & Politics • War, US Revolutionary. In addition, it is included in the Former U.S. Presidents: #03 Thomas Jefferson series list. A significant historical year for this entry is 1777.

More about this marker. Originally located at the corner of George and Barton street, this monument was relocated here in 1977. 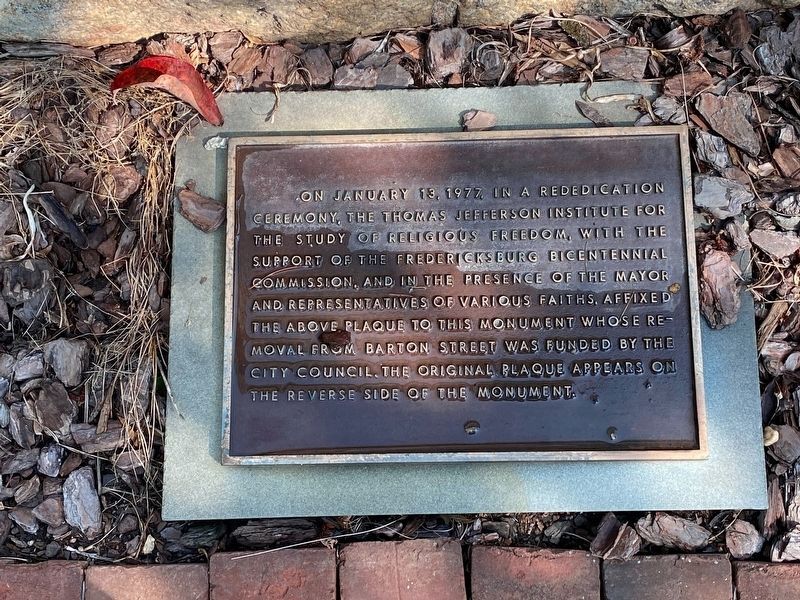 Photographed By J.T. Lambrou, August 12, 2021
3. Religious Liberty Marker
This plaque sits below that seen in photo #2 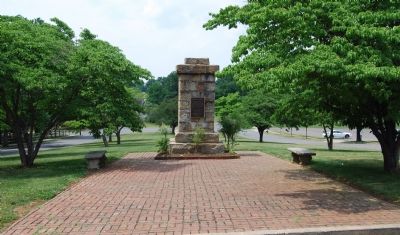 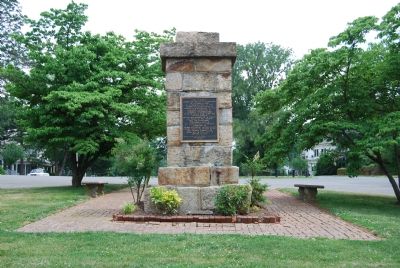