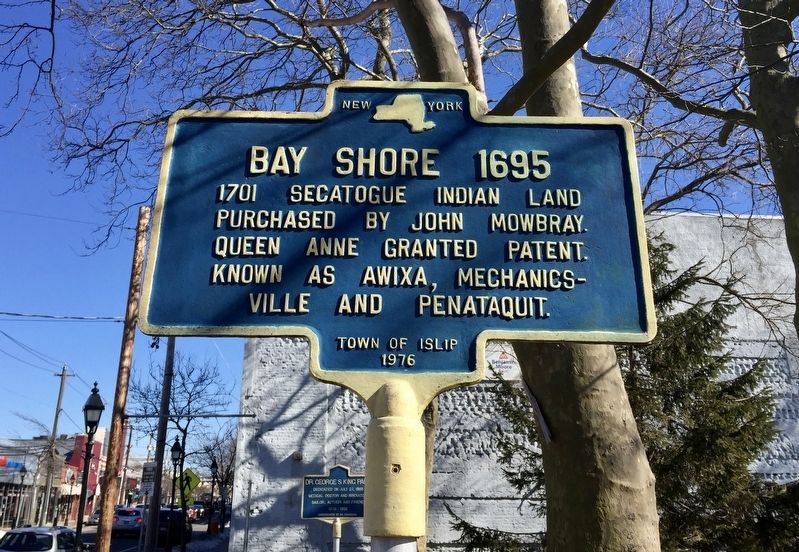 Topics. This historical marker is listed in these topic lists: Native Americans • Settlements & Settlers. A significant historical year for this entry is 1701. 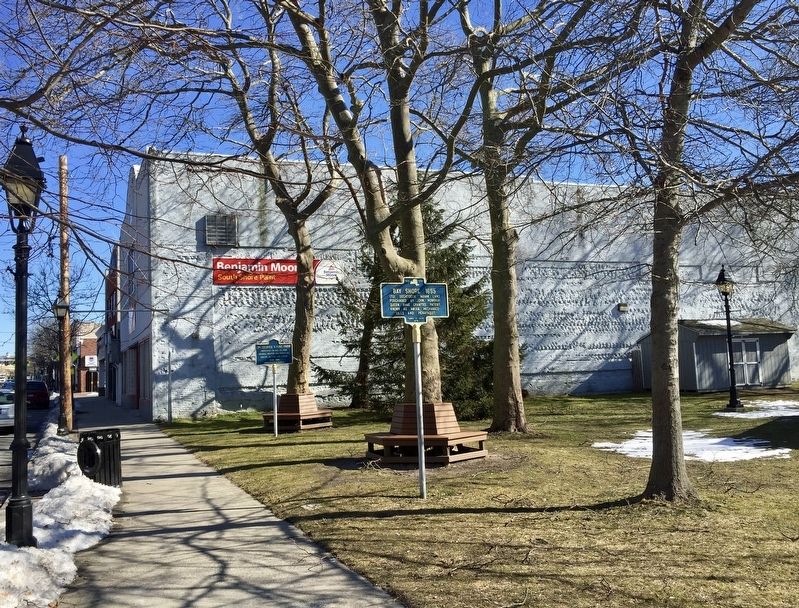 Also see . . .  Bay Shore, New York (Wikipedia). "Bay Shore is one of the older hamlets on Long Island. Sagtikos Manor, located in West Bay Shore, was built around 1697. It was used as a British armed forces headquarters, at the time of the Battle of Long Island during the Revolutionary War. President Washington stayed at the manor during his tour of Long Island in 1790....The land that would become Bay Shore proper was purchased from the Secatogue Native Americans in 1708 by local school teacher John Mowbray for "several eel spears"....The hamlet's name has changed over time: Early European settlers referred to the area first as Penataquit and later as Awixa; both were names used by the Native American Secatogue tribe. For reasons never documented, the name was changed in the early 19th century to Sodom. In 1842 there was a further name change to Mechanicsville, then a return in 1849 to Penataquit. The name Penataquit proved unpopular because it was difficult to spell. The name of the hamlet and post office was changed to Bay Shore in 1868." (Submitted on September 18, 2017.)
Credits. This page was last revised on September 18, 2017. It was originally submitted on September 18, 2017, by Andrew Ruppenstein of Sacramento, California. This page has been viewed 195 times since then and 17 times this year. Photos:   1, 2. submitted on September 18, 2017, by Andrew Ruppenstein of Sacramento, California.
Share This Page.