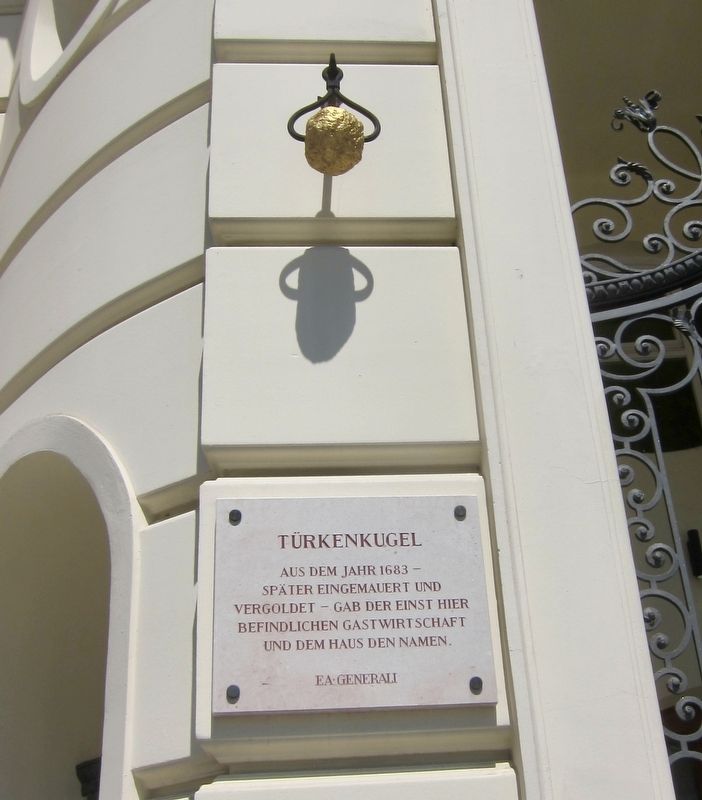 Photographed By Andrew Ruppenstein, June 15, 2017
1. Türkenkugel / Turkish Ball (above) and Marker (below)
Inscription.
[English translation:] From the year 1683 - later gilded and mounted to the wall - gave its name ("Zur goldenen Kugel") to the inn and building that were once here. . This historical marker was erected by E.A. Generali. It is in Stephansdom in Vienna Austria