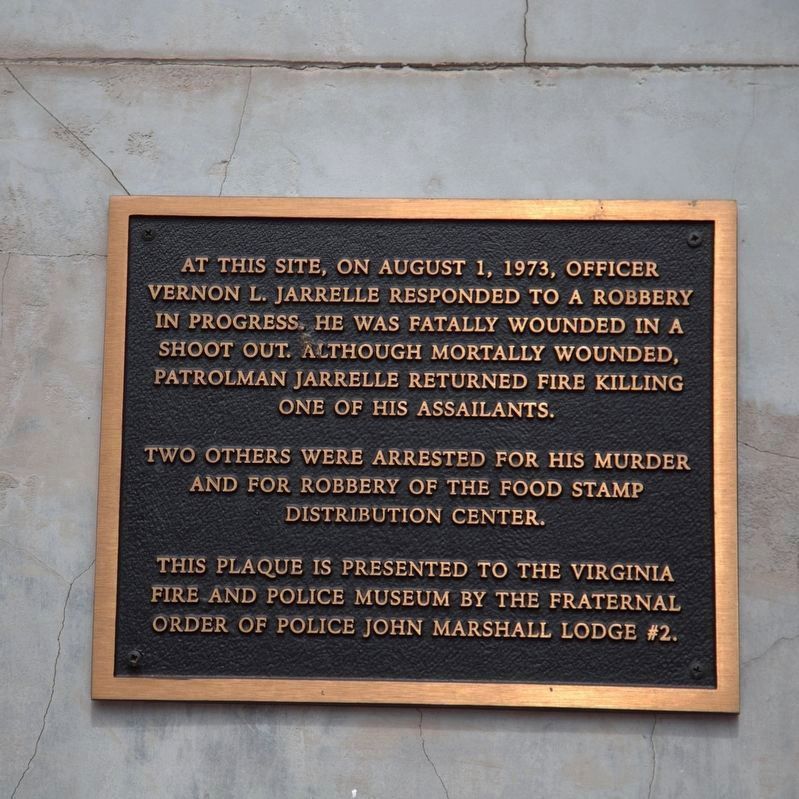 At this site, on August 1, 1973, officer Vernon L. Jarrelle responded to a robbery in progress. He was fatally wounded in a shoot out. Although mortally wounded, Patrolman Jarrelle returned fire killing one of his assailants.

Two others were arrested for his murder and for robbery of the Food Stamp Distribution Center.

Erected by the Fraternal Order of Police John Marshall Lodge #2, and presented to the Virginia Fire and Police Museum.

Topics. This historical marker is listed in these topic lists: Charity & Public Work • Law Enforcement. A significant historical date for this entry is August 1, 1873.

Other nearby markers. At least 8 other markers are within walking distance of this marker. Maggie Lena Walker Memorial (about 500 feet away, measured in a direct line); Samuel Preston Moore (about 800 feet away); “I must save the women of Richmond!” 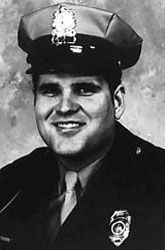 More about this marker. The marker is at a 1883 building built to house a combination fire house and police station. It is on the National Register of Historic Places. It later housed a Food Stamp distribution office, the Fire & Police Museum, and now it is home to Gallery5, an arts center.

“As they fled, the suspect who shot Patrolman Jarrelle stepped over him, believing he was dead. Despite being mortally wounded, Patrolman 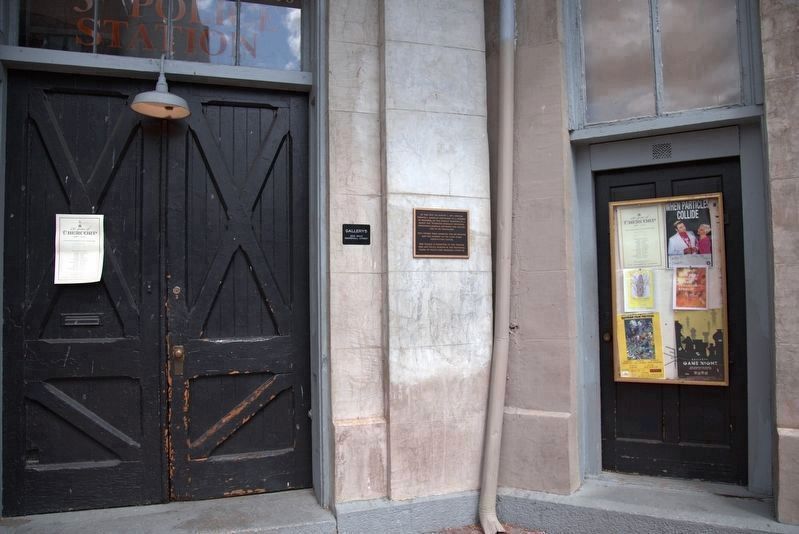 Photographed By J. J. Prats, September 3, 2017
3. Officer Vernon L. Jarrelle Marker
Marker is to the right of the main door. The small black sign to its left reads “Gallery5, 200 West Marshall Street”.
Jarrelle was able to fire one shot and killed the suspect.” (Submitted on September 30, 2017.)

2. Steamer Company Number Five building, Jackson Ward - A Brief History. 2009 article by Selden Richardson in The Shockhoe Examiner. This article has some vintage photographs of the building. “This municipal presence meant that for decades Steamer Company Number 5 was the one place in Jackson Ward that was alive and manned around the clock, whose windows were always alight and where help could always be found day and night. There would have always been firemen on duty, and until 1898, a continuous police presence upstairs with patrolmen going in and out on their rounds. It was a polling station and a lockup, with four jail cells in the back of the Third Precinct Station. Generations of residents of Jackson Ward would have relied on the services available at Brook and Marshall, reporting crimes and fires and a thousand other smaller problems of city life.” (Submitted on September 30, 2017, by J. J. Prats of Powell, Ohio.) 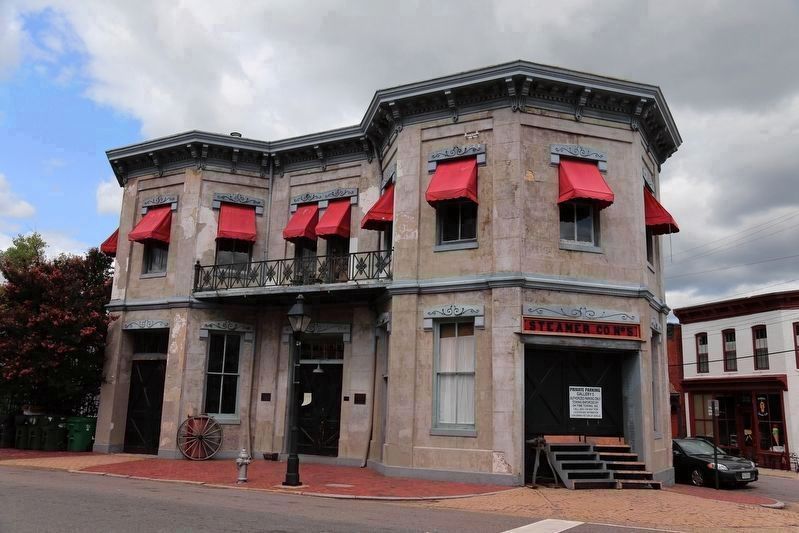