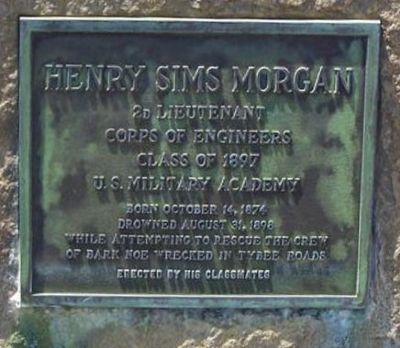 Erected 1923 by his Classmates.

Topics. This historical marker is listed in this topic list: Waterways & Vessels. A significant historical month for this entry is October 1962. 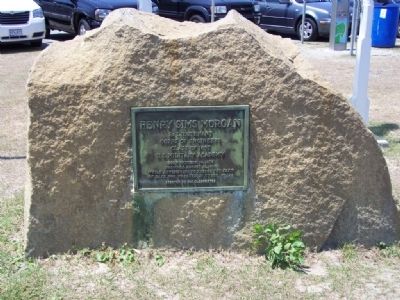 Regarding Henry Sims Morgan. On August 31, 1898, during a terrible hurricane, the Italian Bark Noe wrecked in Tybee Roads, putting the crew in jeopardy. The 24-year-old Morgan, who was in charge of the fortification work at Fort Screven, and a crew of five volunteers attempted to rescue the imperiled crew. Morgan and one volunteer lost their lives in the attempt. In 1903, classmates dedicated a plaque to Morgan's memory at West Point. In 1923 at Fort Screven, this duplicate was mounted on a large granite stone, which was moved to Fort Pulaski when Fort Screven was decommissioned but later returned to this spot in 1994. 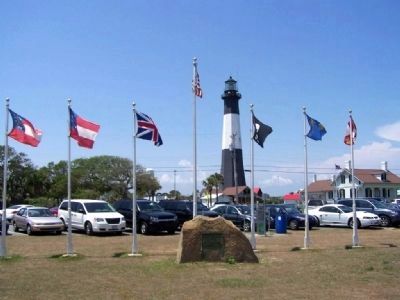 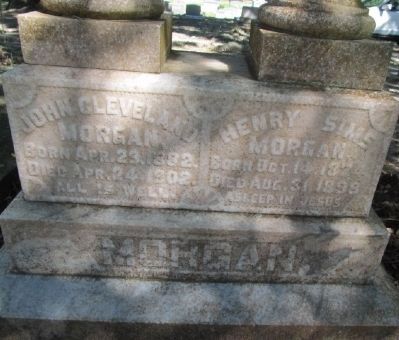 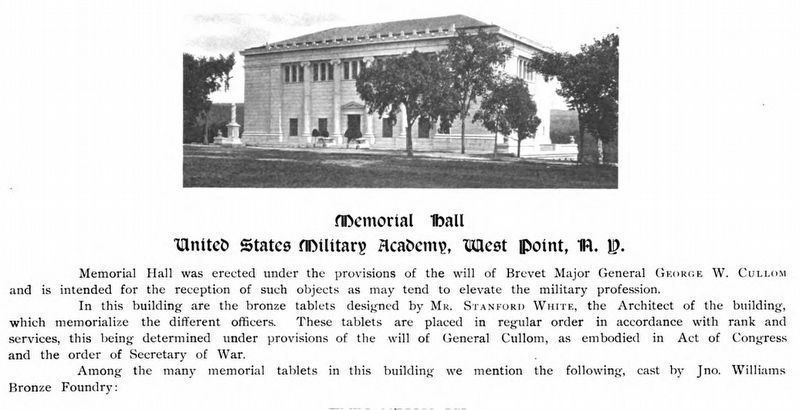 5. Introduction to a list of memorial tablets at Memorial Hall, West Point
On page 13 of the 1902-1909 Jonathan Williams Foundry catalog is a description of the various memorial tablets which the company made that were located inside of Memorial Hall at West Point, including that of Henry Sims Morgan. Unfortunately, the USMA Command Historian LTC Sherman L. Fleek confirmed that there is currently no bronze tablet to Henry Sims Morgan in Cullum Hall (Memorial Hall). 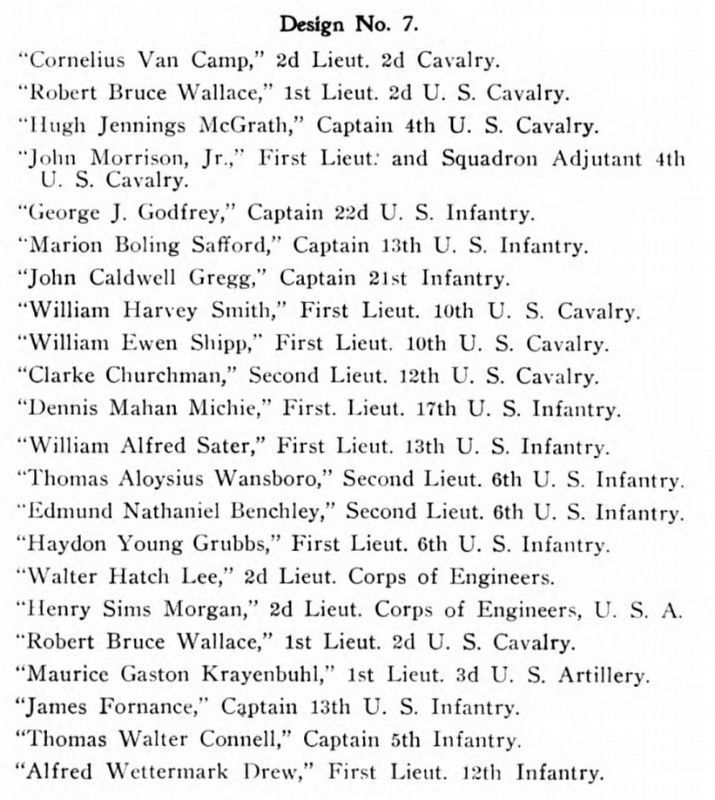 Editor’s want-list for this marker. Picture of the original plaque at West Point, NY. • Can you help?
Share this page.