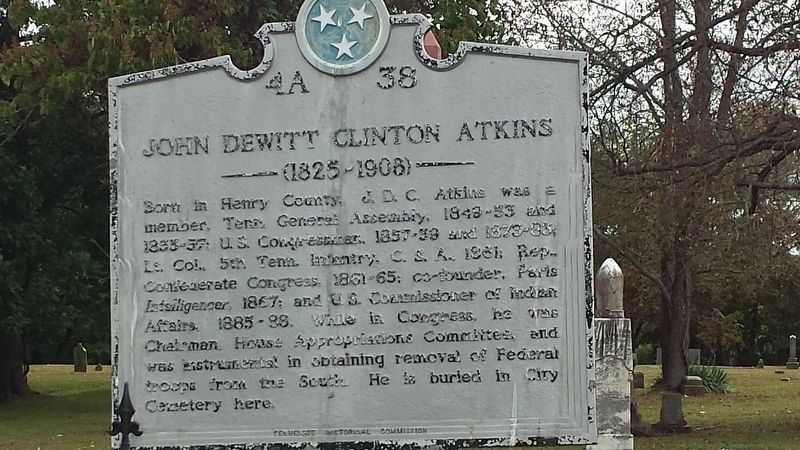 Topics and series. This historical marker is listed in these topic lists: Cemeteries & Burial Sites • Government & Politics • War, US Civil. In addition, it is included in the Tennessee Historical Commission series list.

Location. 36° 18.227′ N, 88° 19.396′ W. Marker is in Paris, Tennessee, in Henry County. Marker is on East Ruff Street south of Church Street, on the left when traveling south. Located in the Paris City Cemetery. Touch for map. Marker is in this post office area: Paris TN 38242, United States of America. Touch for directions.