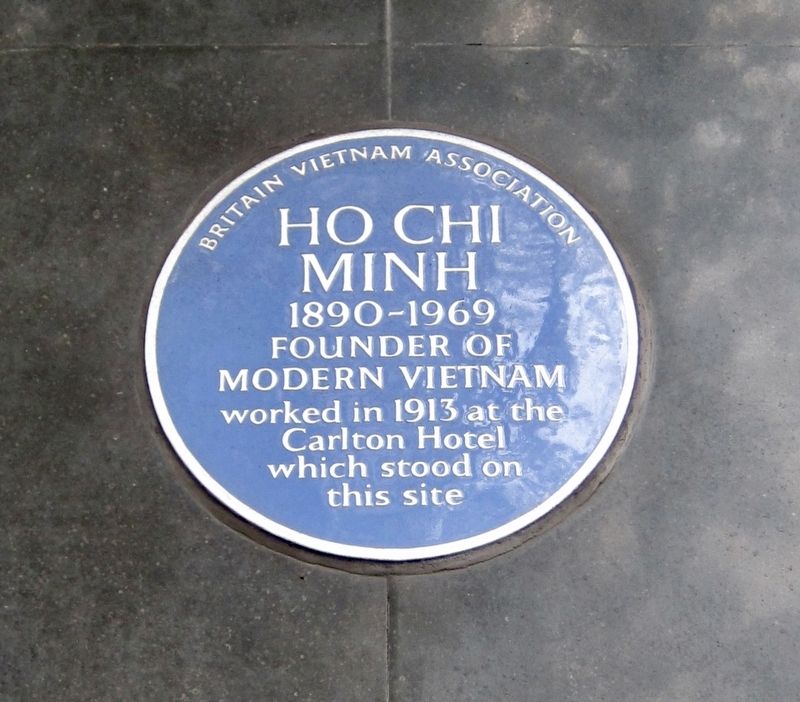 Photographed By Andrew Ruppenstein, October 13, 2017
1. Ho Chi Minh Marker
Inscription.
Ho Chi Minh.
Founder of Modern Vietnam worked in 1913 at the Carlton Hotel which stood on this site . . This historical marker was erected by Britain Vietnam Association. It is in City of Westminster in Greater London England United Kingdom

Topics. This historical marker is listed in these topic lists: Patriots & Patriotism • War, Vietnam • Wars, Non-US. A significant historical year for this entry is 1913. 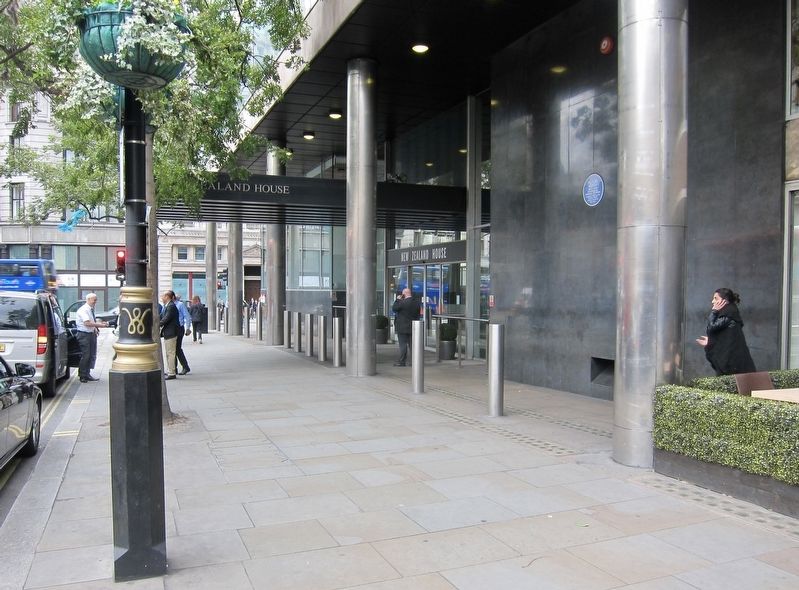 Photographed By Andrew Ruppenstein, October 13, 2017
2. Ho Chi Minh Marker - Wide View
The marker is found to the left of the Haymarket Street entrance to the New Zealand House (the NZ diplomatic mission to the UK).

Also see . . .  Ho Chi Minh (Wikipedia). Hồ Chí Minh (19 May 1890 – 2 September 1969), born Nguyễn Sinh Cung, also known as Nguyễn Tất Thành and Nguyễn Ái Quốc, was a Vietnamese Communist revolutionary leader who was Chairman and First Secretary of the Workers' Party of Vietnam. Hồ was also Prime Minister (1945–55) and President (1945–69) of the Democratic Republic of Vietnam (North Vietnam). He was a key figure in the foundation of the Democratic Republic of Vietnam in 1945, as well as the People's Army of Vietnam (PAVN) and the Việt Cộng (NLF or VC) during the Vietnam War....He led the Việt Minh independence movement from 1941 onward, establishing the Communist-ruled Democratic Republic of Vietnam in 1945 and defeating the French Union in 1954 at the battle of Điện Biên Phủ. He officially stepped down from power in 1965 due to health problems, but remained a highly respected inspiration for 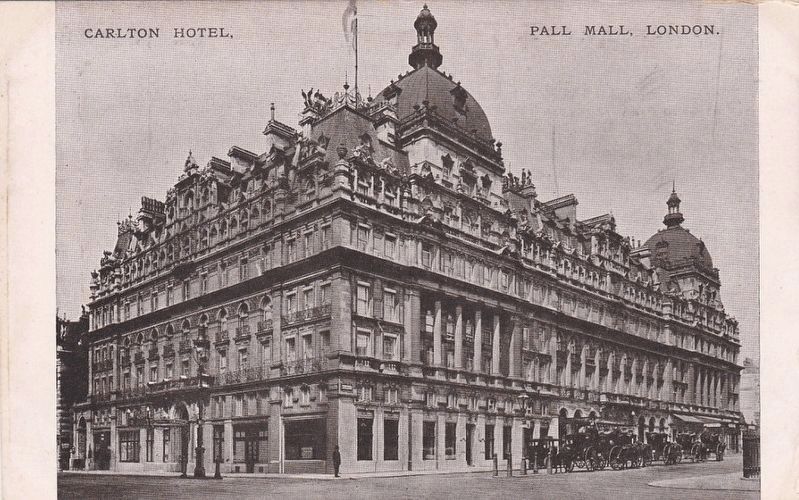 circa 1910
3. Carlton Hotel, Pall Mall, London.
those Vietnamese fighting for his cause—a united, communist Vietnam—until his death. After the war, Saigon, the former capital of the Republic of Vietnam, was renamed Hồ Chí Minh City....At various points between 1913 and 1919, Thành claimed to have lived in West Ealing, and later in Crouch End, Hornsey. He reportedly worked as either a chef or dish washer (reports vary) at the Drayton Court Hotel in West Ealing. It is claimed that he trained as a pastry chef under Auguste Escoffier at the Carlton Hotel in the Haymarket, Westminster, but there is no evidence to support this. However, the wall of New Zealand House, home of the New Zealand High Commission, which now stands on the site of the Carlton Hotel, displays a blue plaque, stating that Hồ Chí Minh worked there in 1913. Thành was also employed as a pastry boy on the Newhaven–Dieppe ferry route in 1913. (Submitted on October 20, 2017.)
Credits. This page was last revised on January 27, 2022. It was originally submitted on October 19, 2017, by Andrew Ruppenstein of Lamorinda, California. This page has been viewed 515 times since then and 10 times this year. Photos:   1. submitted on October 19, 2017, by Andrew Ruppenstein of Lamorinda, California.   2, 3. submitted on October 20, 2017, by Andrew Ruppenstein of Lamorinda, California.
Share this page.