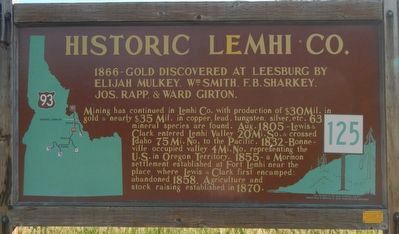 Topics and series. This historical marker is listed in these topic lists: Agriculture • Exploration • Industry & Commerce. In addition, it is included in the Idaho State Historical Society, and the Lewis & Clark Expedition series lists. 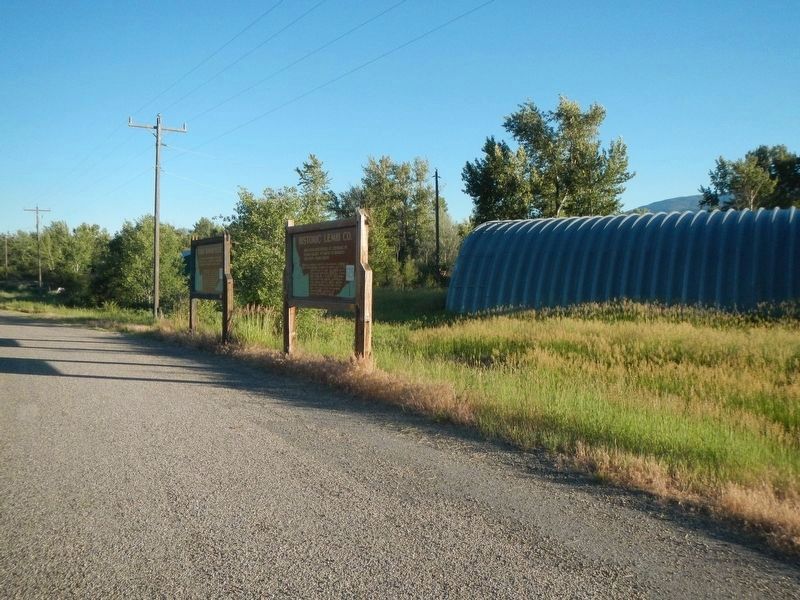 By Barry Swackhamer, June 24, 2017
2. Historic Lemhi Co. Marker
This marker is closest to the viewer.
53.67′ W. Marker is near Carmen, Idaho, in Lemhi County. Marker is on Casey Road (U.S. 93) near Carmen Creek Road, on the left when traveling north. Touch for map. Marker is at or near this postal address: 459 Casey Road, Carmen ID 83462, United States of America. Touch for directions.