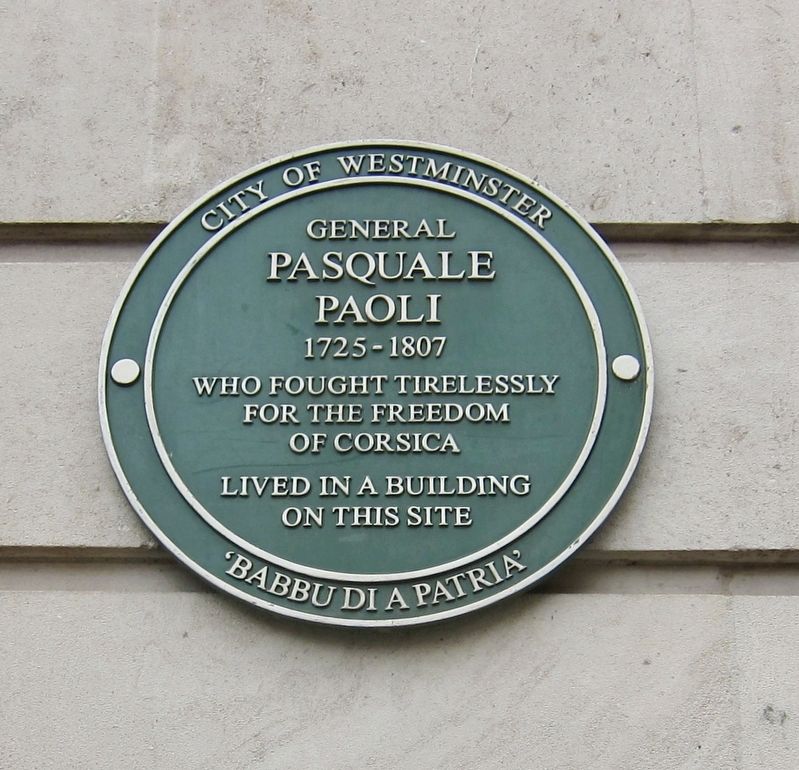 By Andrew Ruppenstein, October 14, 2017
1. General Pasquale Paoli Marker
Inscription.
General Pasquale Paoli.
Who fought tirelessly for the freedom of Corsica lived in a building on this site 'Babbu di a Patria' . . This historical marker was erected by City of Westminster. It is in City of Westminster in Greater London County England United Kingdom

Who fought tirelessly
for the freedom
of Corsica

lived in a building
on this site


Erected by City of Westminster. 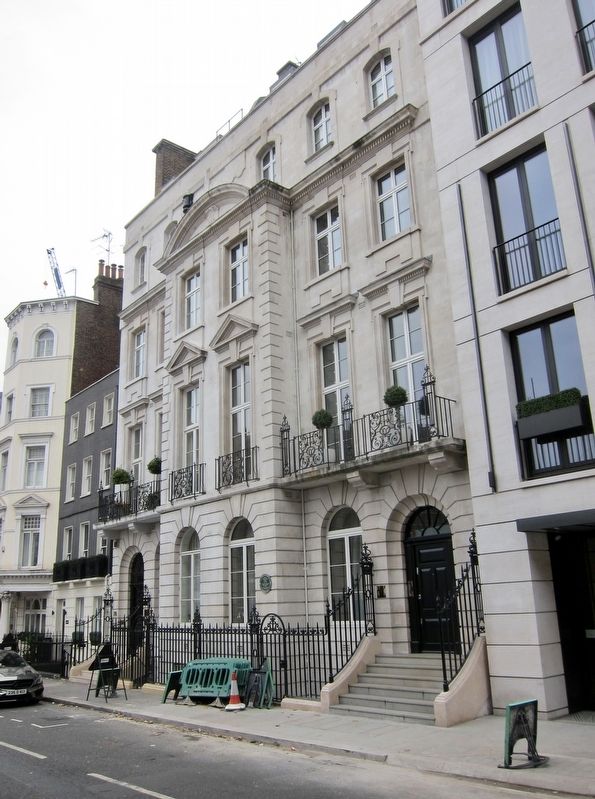 More about this marker. In Corsican, "Babbu di a Patria" means "Father of his Country".

2. Pasquale Paoli (Wikipedia). "Filippo Antonio Pasquale di Paoli FRS (French: Pascal Paoli; 6 April 1725 – 5 February 1807) was a Corsican patriot and leader, the president of the Executive Council of the General Diet of the People of Corsica. Paoli designed and wrote the Constitution of the state....The Corsican Republic was a representative democracy asserting that the elected Diet of Corsican representatives had no master. Paoli held his office by election and not by appointment. It made him commander-in-chief of the armed forces as well as chief magistrate. Paoli's government claimed the same jurisdiction as the Republic of Genoa. In terms of de facto exercise of power, the Genoese held the coastal 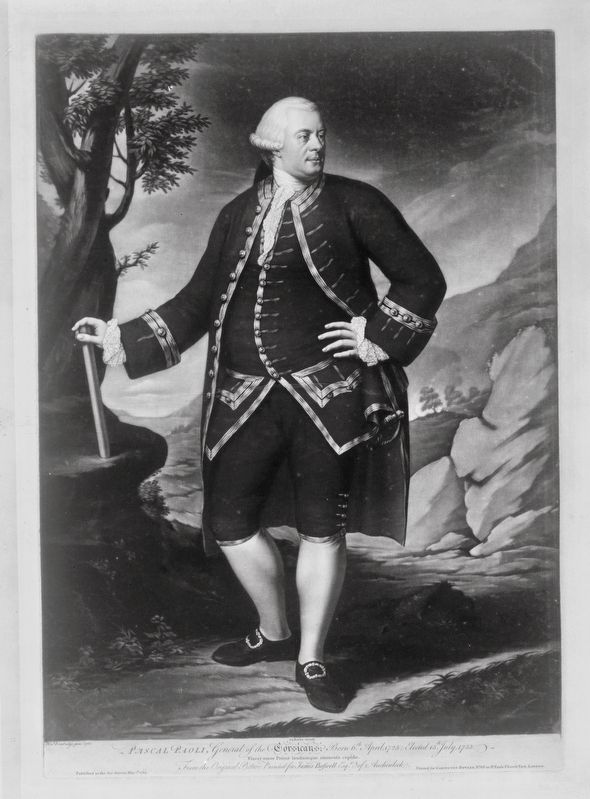 John Raphael Smith (image courtesy of the Library of Congress), 1769
3. Pascal Paoli, general of the Corsicans, born 6th April 1725, elected 15th July 1753
cities, which they could defend from their citadels, but the Corsican republic controlled the rest of the island from Corte, its capital....Following the French conquest of Corsica in 1768, Paoli oversaw the Corsican resistance. Following the defeat of Corsican forces at the Battle of Ponte Novu he was forced into exile in Britain where he was a celebrated figure. He returned after the French Revolution which he was initially supportive of. He later broke with the revolutionaries and helped to create the Anglo-Corsican Kingdom which lasted between 1794 and 1796. After the island was re-occupied by France he again went into exile in Britain where he died in 1807." (Submitted on November 10, 2017.)
Credits. This page was last revised on December 15, 2019. It was originally submitted on November 10, 2017, by Andrew Ruppenstein of Sacramento, California. This page has been viewed 9,445 times since then and 316 times this year. Photos:   1, 2, 3. submitted on November 10, 2017, by Andrew Ruppenstein of Sacramento, California.
Share This Page.