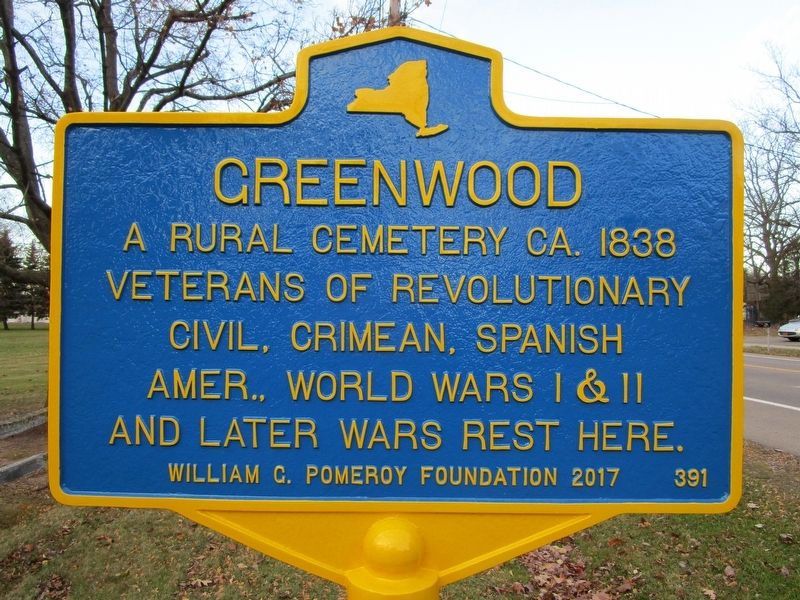 Topics and series. This historical marker is listed in this topic list: Cemeteries & Burial Sites. In addition, it is included in the William G. Pomeroy Foundation series list. A significant historical year for this entry is 1838.

Location. 43° 18.65′ N, 78° 49.946′ W. Marker is in Wilson, New York, in Niagara County. Marker is at the intersection of Harbor Street (New York State Route 18) and Petitt Street, on the left when traveling north on Harbor Street. Marker is just north of Pettit Street where there is a different marker for the cemetery. Touch for map. Marker is in this post office area: Wilson NY 14172, United States of America. Touch for directions. 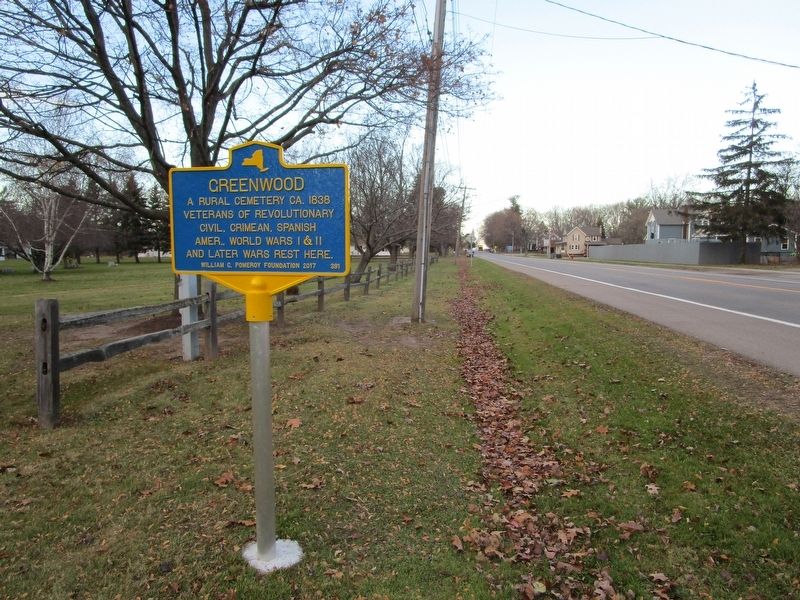 Photographed By Anton Schwarzmueller, November 29, 2017
2. Greenwood Cemetery Marker
Northward view on NY 18 east in the Village of Wilson. Lake Ontario is dead ahead. 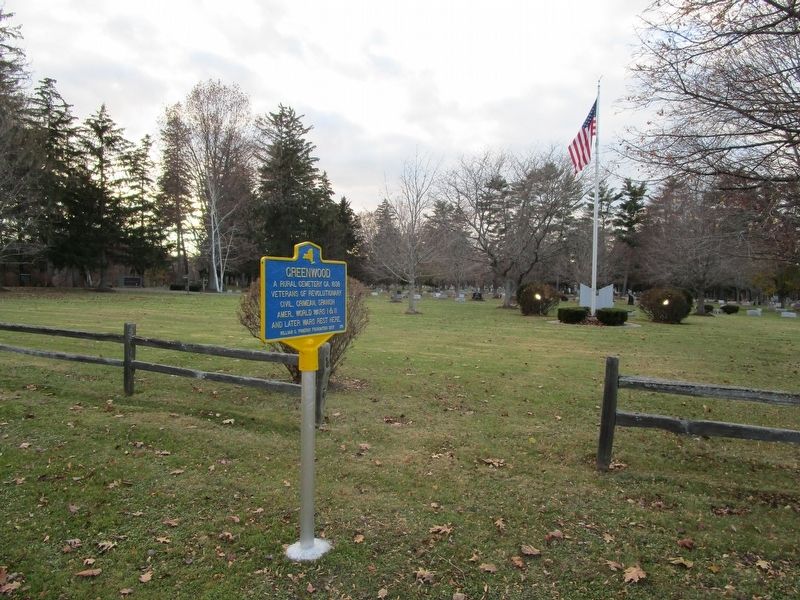