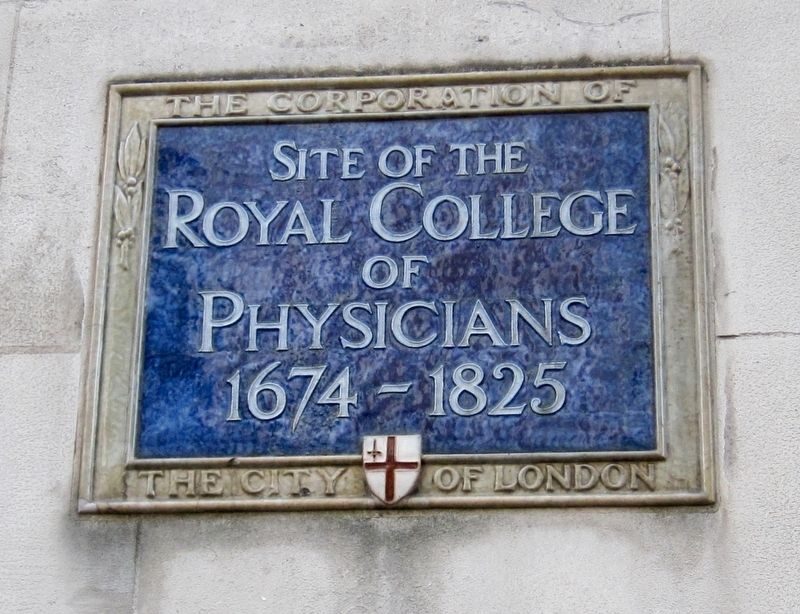 Topics and series. This historical marker is listed in these topic lists: Education • Science & Medicine. In addition, it is included in the UK, England, City of London Corporation series list. 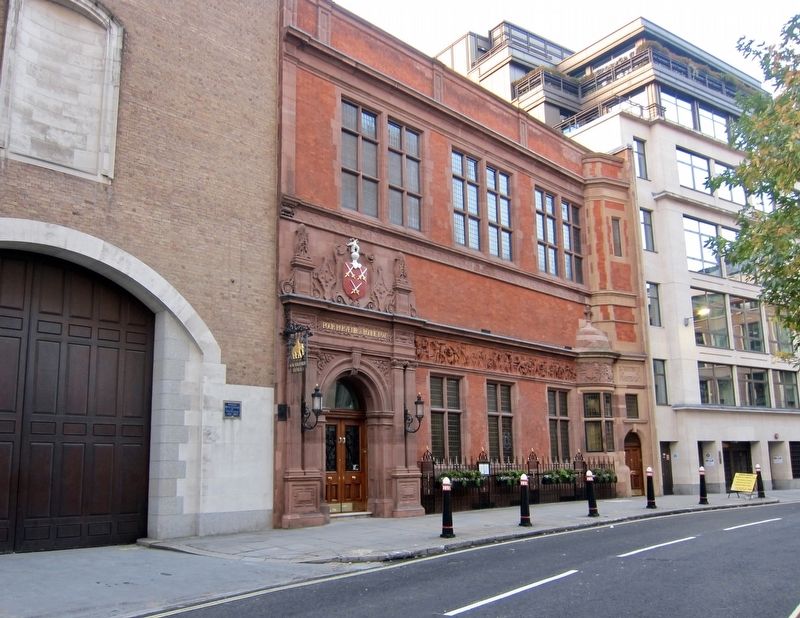 Also see . . .  Royal College of Physicians. "The Royal College of Physicians is a British professional body dedicated to improving the practice of medicine, chiefly through the accreditation of physicians by examination. Founded in 1518, it set the first international standard in the classification of diseases, and its library contains medical texts of great historical interest....A small group of distinguished physicians, led by the scholar, humanist and priest Thomas Linacre, petitioned King Henry VIII to be incorporated into a College similar to those found in a number of other European countries. The main functions of the College, as set down in the founding Charter, were to grant licenses to those qualified to practice and to punish unqualified practitioners and those engaging in malpractice. This included apothecaries as well as physicians....It was founded as the College of Physicians when it received a Royal Charter in 1518, affirmed by Act of Parliament in 1523. It is not known when the name "Royal College" was first assumed or granted. It came into use after the charter of 1663....The college has been continuously active in improving the practice of medicine since its foundation, primarily though the accreditation of physicians....It is sometimes referred to as the Royal College of Physicians of London to differentiate it from other similarly-named bodies. It was the first College of Physicians in Britain or Ireland." (Submitted on December 7, 2017.)
Credits. This page was last revised on December 7, 2017. It was originally submitted on December 7, 2017, by Andrew Ruppenstein of Sacramento, California. This page has been viewed 122 times since then. Photos:   1, 2. submitted on December 7, 2017, by Andrew Ruppenstein of Sacramento, California.
Share This Page.