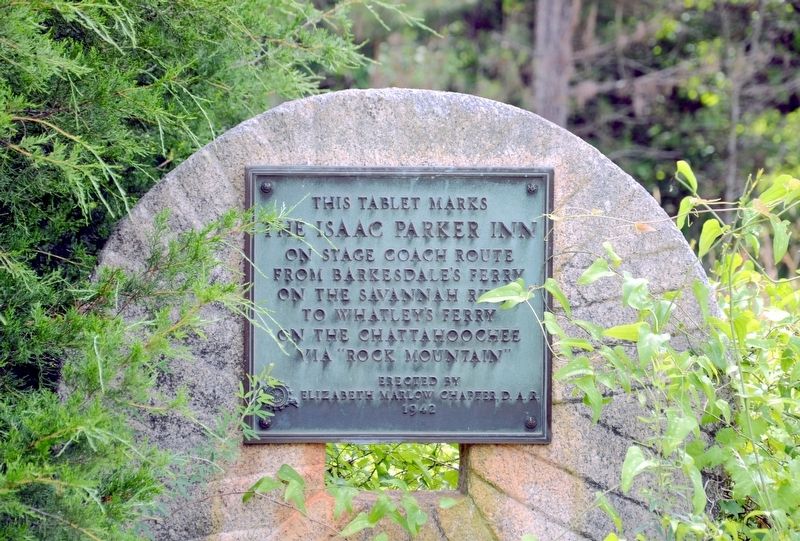 Erected 1942 by Elizabeth Marlow Chapter of the Daughters of the American Revolution.

Topics and series. This historical marker is listed in these topic lists: Roads & Vehicles • Waterways & Vessels. In addition, it is included in the Daughters of the American Revolution (DAR) series list. 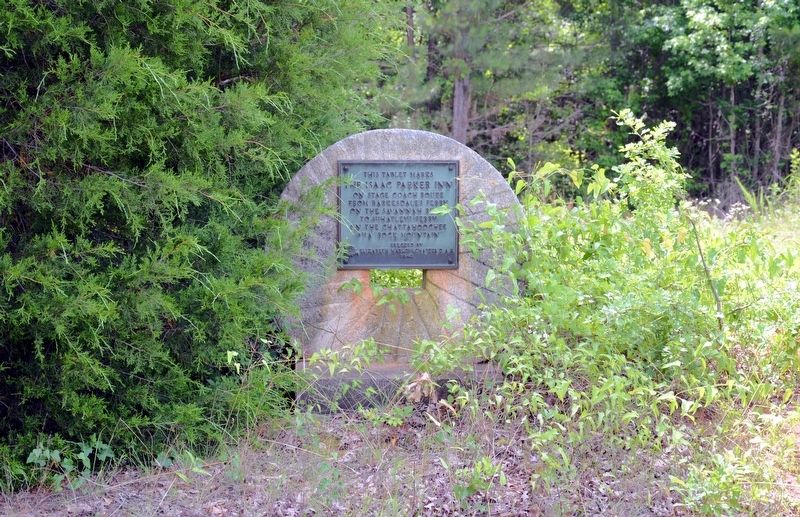 More about this marker. The marker is mounted on an old millstone.

Regarding The Isaac Parker Inn. The "Rock Mountain" mentioned in the marker text is undoubtedly Stone Mountain in DeKalb County. 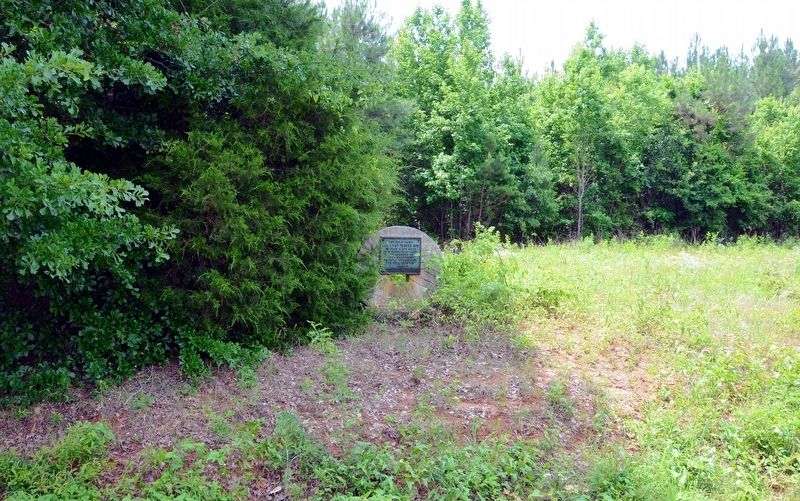