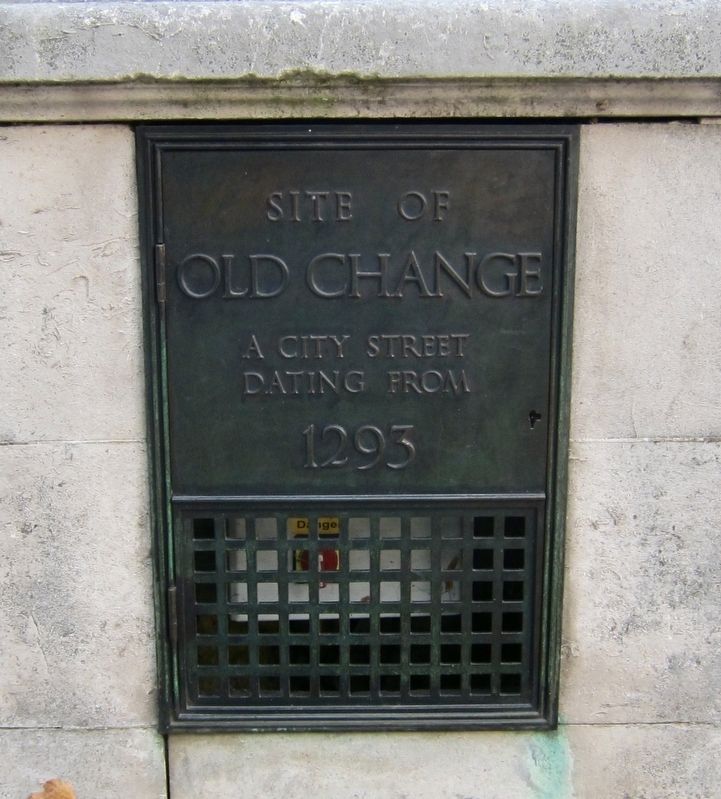 Site of
Old Change
A city street
dating from
1293

More about this marker. The marker is found in Festival Gardens, on the east side of St. Paul's Cathedral, on a low wall in the northwest section of the gardens.

Regarding Old Change. London Online's section on the origins of London street names notes that Old Change is "A street so called of the King's exchange there kept, which was for the 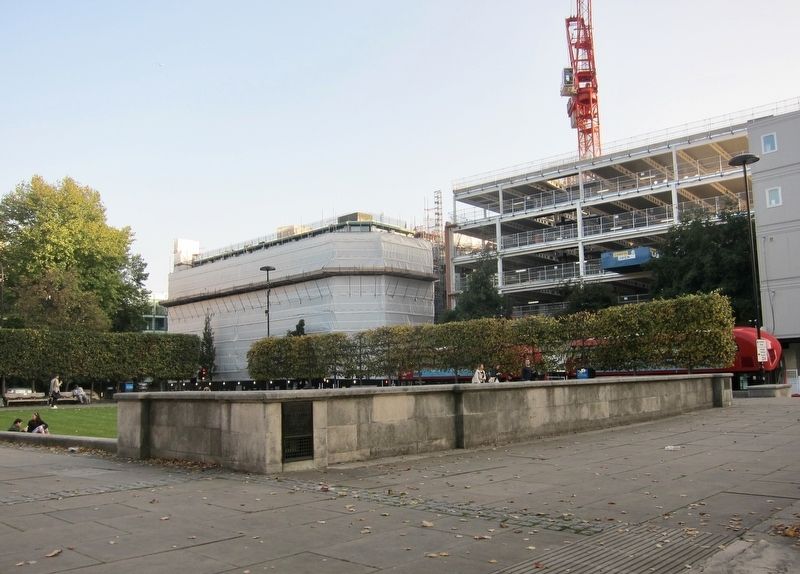